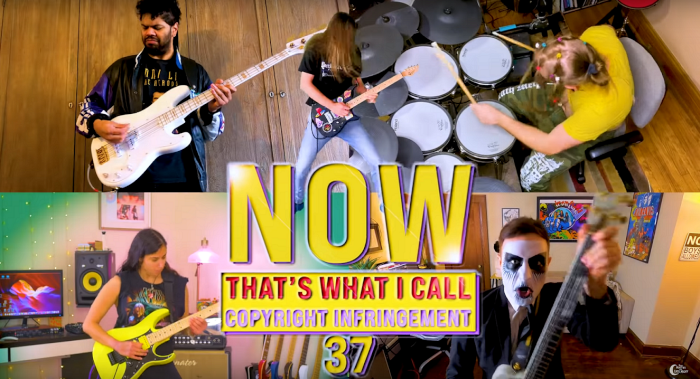 Quite Possibly the Most Joyous Music Video On the Internet

I honestly don’t know how the hell I haven’t written about these guys up until now. Alongside Animal Crossing, exercise, and booze, the YouTube channel ‘Two Minutes To Late Night’ was one of the main things that got me through the various lockdown periods of the Covid pandemic. There’s a great write-up on them here in Rolling Stone (!), but in essence ‘Two Minutes To Late Night’ is the brainchild of Jordan Olds, a.k.a. ‘Gwarsenio Hall,’ and Drew Kaufman, and it is the two friends’ attempt at making a heavy metal-themed late night chat show. A damn successful attempt, if you ask me! Recorded a year or two before the pandemic, and like most talk shows comprising a collection of interviews, live performances, pre-recorded skits, albeit with a lovely metal-y spin, ‘Two Minutes To Late Night’ is a must for any fans of heavy music.

You can check out all the episodes of the show made so far here, but as it happens, it’s not the talk show portion of ‘Two Minutes To Late Night’ I’m here to talk about. No, it’s the other strand of Olds and Kaufman’s project: The covers. Oh, those covers. Harnessing the power of a truly mind-boggling array of guest stars, mashing together some of the brightest talents in modern (and classic) metal, ‘Two Minutes To Late Night’ have been recording a series of awesome, inventive covers that are shot through with their trademark humour, and that are some of the best examples of the form on YouTube. I was reminded of them by Alberto’s piece ranking cover versions of Kate Bush’s ‘Running Up That Hill’, as the ‘Two Minutes’ gang did a great version of that tune too:

And they truly do do phenomenal covers. Here are a few of my favourites:

And a glorious version of ‘The Touch’ by Stan Bush:

But all of that is just a preamble to what I’ve come here to share. Not because it’s new, or because I’ve only just discovered it—it’s almost certainly one of my most watched YouTube videos of the past few years—but because the levels of joy contained within it are so formidable that I figured they might be able to help some people out in these dark times. So without further ado, here it is, ‘Two Minutes To Late Night’ doing ‘NOW That’s What I Call a Metal 90’s Club Mix’: 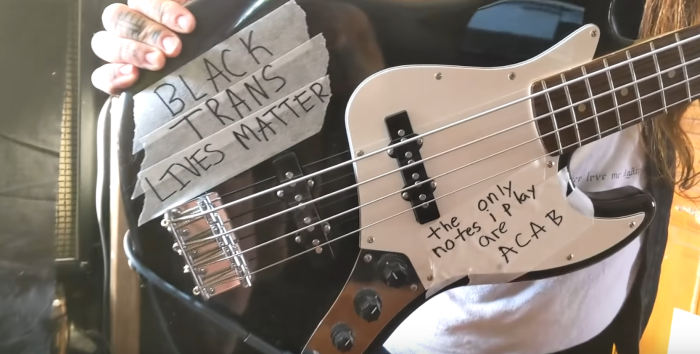