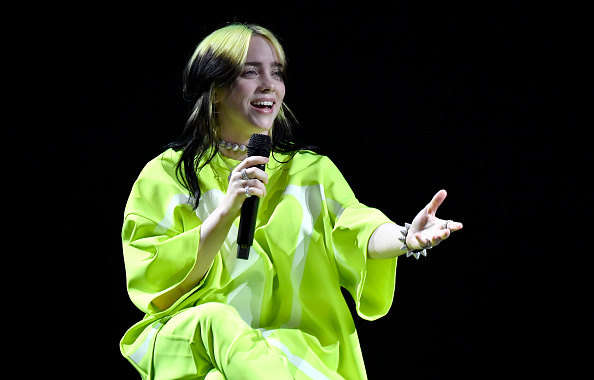 To understand the Billie Eilish/Kanye West beef, you first have to go back to … the Astroworld Festival, because Kanye’s brain works in a very circuitous manner. Recall that during the first night of the festival founded by rapper Travis Scott, 300 people were treated for injuries, 25 were hospitalized, and 10 died after a crowd crush. Travis Scott continued the concert, even as people were suffering injuries, some of which would prove to be fatal, and even after he stopped the tragic concert, he went to Dave & Buster’s with Drake afterward. Many characterized Travis Scott’s apology the next morning — after he found out about the deaths — as an attempt to gaslight and pass blame. There are currently hundreds of lawsuits pending against Travis Scott and others responsible for the festival.

What does this have to do with Billie Eilish? Nothing, unless you live in the mind of Kanye West.

Several days ago, Billie Eilish stopped a concert in Atlanta when she saw a fan in distress and asked if she needed an inhaler. It was very innocuous. “Do we have an inhaler?” she asked. “Can we just grab one? Guys, give it some time. Don’t crowd…We’re taking care of our people, hold on. I wait for people to be OK until I keep going.”

I have twins. They are very sweet children, but like a lot of twins, they are very competitive. It has happened on more than one occasion that one of the twins will do something very nice, and the other twin will get upset because she thinks that they did so to make her look bad. Last Mother’s Day, in fact, L made a card for her mother, so H decided to make two, and then L made three, and within an hour, they had written something like 25 Mother’s Day cards between them but had also started fighting. H was inconsolable because they’d never be able to catch up to the number of cards that L had written. It was messy. But they are nine.

Kanye West is 44, and when he saw Billie Eilish stop a concert to help a fan, his mind assumed that Eilish was disrespecting Travis Scott, who had planned to attend Coachella with Kanye (which is at least better than bringing along his other collaborator, Marilyn Manson). Kanye took to Instagram to demand an apology, threatening not to appear at the Coachella Festival with Eilish until she delivered said apology. He posted the following to his Instagram (ALL CAPS his, obviously):

Jesus, Kanye. She was just making a Mother’s Day card for her mom!
Eilish, who I suspect felt completely blindsided by this, did respond a few hours later in the comments of Kanye’s post. “Literally never said a thing about Travis. Was just helping a fan.”

I’m sure Kanye will respond to her with outrage because I suspect he will see her calm and rational response to his madness as an attempt to show him up. Ego is a hell of a thing.