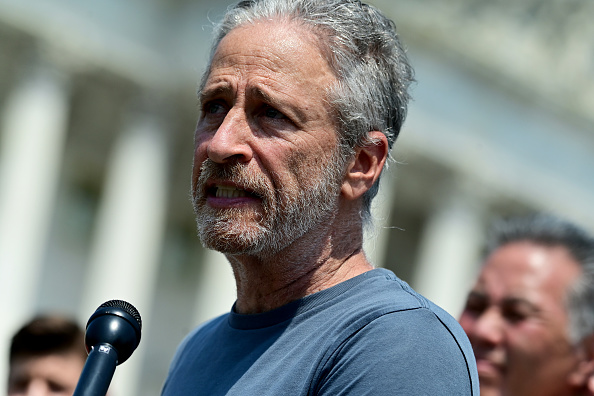 Jon Stewart Addresses the Backlash to His Defense of Joe Rogan

After incurring online backlash for defending Joe Rogan, Jon Stewart returned to his The Problem with Jon Stewart podcast this week to address the fallout of what he called a “pig f*ck.” While laughing off some of the more extreme responses (“Go away, old man!”), he did concede that several good points were made, specifically acknowledging that “economic pressure is also just another pressure point you can apply to misinformation,” which is the exact point we were making in our piece. In a nation with First Amendment protection, economic pressure is often the only pressure point that can be applied. In fact, because there is no fairness doctrine — a policy requiring equal time to both sides of an issue — for social issues, economic pressure is sometimes the only means by which the other side can be heard.

Stewart also had on Dr. Joan Donovan, a Harvard professor who leads the Technology and Social Change Project, to discuss the dangers of misinformation. She began by clarifying the difference between misinformation and disinformation, which is important to the basic understanding of the issue. Misinformation is information that is shared where people don’t know its veracity. It’s never error-corrected because error correction rarely happens on the internet, which is the problem with Joe Rogan. He can have Alex Jones or Robert Malone on, but he is under no duty to correct any of the misinformation they disseminate.

(Disinformation, for the record, is the purposeful spread of untrue information, typically for political or financial ends — think Vladimir Putin or Rudy Giuliani).

Spotify, like Facebook, wants all the benefits of a platform without any of the error-correcting responsibilities of a publisher. They argue that they don’t create misinformation; they are simply neutral disseminators. It’s not their responsibility to ensure the information is true; the onus is on the content creators to provide a counterpoint. In other words, Spotify is passing the buck to Joe Rogan, just as Facebook passes the buck to Dan Bongino or Ben Shapiro, willfully ignoring the fact that platforms are responsible for the organization and coordinating of misinformation. Platforms like Facebook, Spotify, and Twitter are institutions now, whether we like it or not, and like the Times or The Post, they should be accountable to the truth.

Neil Young pulled his music to protest Rogan’s COVID-19 misinformation, but it was also a catalyst for a number of other grievances against both Rogan (a history of racist, sexist, and anti-trans statements) and Spotify, particularly in the way it pays its artists. Donovan notes that users/customers want Spotify to provide safety for audiences and customers, and — because it’s largely a subscription service — customers are essentially the advertisers now. What do advertisers do when they don’t like the messages they are sponsoring? They pull their ad dollars. That’s all we’re doing.

But here’s why Jon Stewart defended Joe Rogan, and where, in theory, he has a point. In the lead-up to the Iraq War, The NYTimes was a massive purveyor of misinformation. Donald Rumsfeld was basically Joe Rogan, and the NYTimes was Spotify. Jon Stewart, however, was on the other side of that. He didn’t believe there were weapons of mass destruction in Iraq. He thought we were being played by the Bush Administration. Ultimately, he was right. But Stewart could have been canceled or censored by Comedy Central for what others might have considered misinformation because it went against the consensus at the time.

What’s the difference between Iraq misinformation and vaccine misinformation? I guess, for me anyway, is that I trust science more than I trust politicians. The NYTimes should have interrogated the Bush Administration more. They should not have taken their word for it. Doctors and scientists have mountains of studies to back their vaccination claims. Hell, they have results and therein lies the truth for those of us who believe in medicine and science and have done so regardless of who is in the White House. 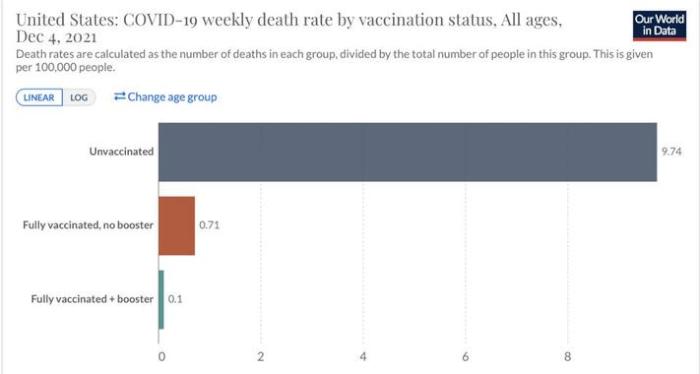 That said, Democrats would have been skeptical, and rightly so, if Donald Trump had managed to approve and produce millions of vaccine doses two weeks before the November 2020 election, as he had attempted to do by bypassing some of the regulatory processes. It is also fair to ask why we should fully trust the NYTimes, where the dealings of a reporter like Maggie Haberman have called into question her credibility; or CNN, where the relationships between reporters, CEOs, and politicians haven’t always been clear; or the Washington Post, which is owned by Amazon. If the dissemination of information is propelled by algorithms and profit motives, who are we to believe?

I genuinely don’t know how to answer that question, and I completely understand why so many people have lost faith in our journalistic institutions. That definitely does not mean that we should trust the likes of Joe Rogan, Alex Jones, Tucker Carlson, or Q. Common f**king sense has to play into the equation somewhere, too.

Jon Stewart insists that he is hardwired to want to “engage” with the other side. However, as one of his writers, Jay Jurden, notes, saying “Hey, f*ck you. That’s wrong” is itself a form of engagement, and it has had proven results. Look no further than Jon Stewart himself, who appeared on a 2004 episode of Tucker Carlson’s Crossfire and basically said to Carlson, “F**k you. That’s wrong,” which led to the cancellation of Crossfire.

In other words, Jon Stewart canceled Tucker Carlson in 2004 by doing exactly what so many people are doing to Spotify in 2022.

← Review: Paul Thomas Anderson's Messy And Chaotic 'Licorice Pizza' Is The Stuff Of Life Itself | Twitter Users Ponder Actors Who Won Their Oscar For The RIGHT Role →