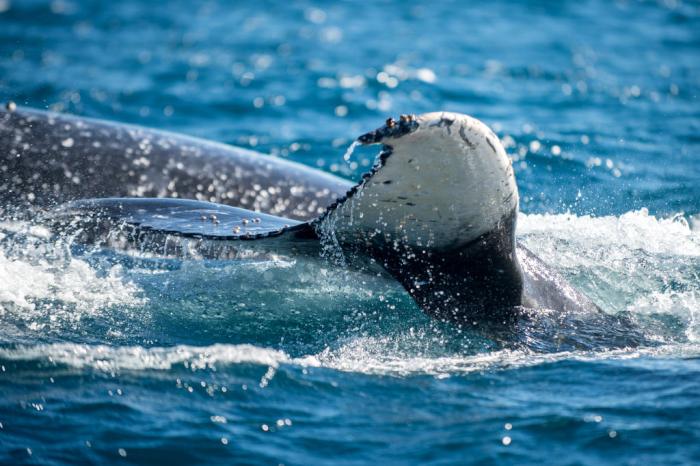 I'm Never Going Back in the Ocean Again

Similarly to my complicated relationship with the ocean, I have a complicated relationship with whales. They are both vast, uncanny, unknowable things that inspire in me both awe and fear in roughly equal measure. Ancient things not of the domain of man. It doesn’t matter that whales, in general, are not an active threat to humans, with most of them having a gullet the size of a grapefruit and unable to chew you up in their toothless mouths, let alone swallow you, and that the most they might hurt you is by accidentally bumping their truck-sized missile bodies into you. It doesn’t matter. They’re still beautiful and terrifying, these colossi, out there in the inky blue and black, majestic and wonderful and sadly endangered thanks to human capitalist activity. I mourn for whales and I love whales. And I’m still scared sh*tless by them. Why? Because of stuff like this:

Didn’t even see it coming from r/thalassophobia

Again, yeah: Grapefruit gullet. But still. It just comes out of nowhere! A bus with a mouth just shoots out of the void next to you with zero warning. That’s the ocean for you. Mad. Don’t mess with it.