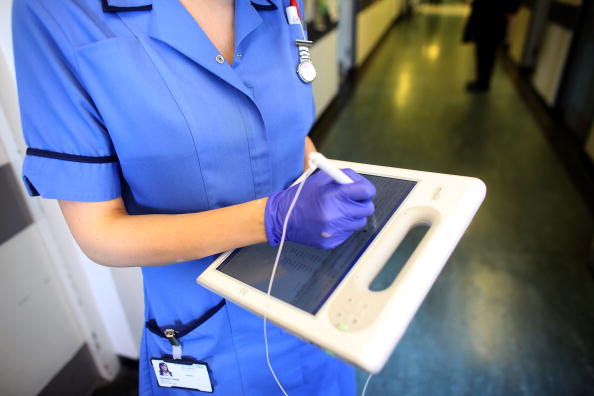 If You're A Nurse, Please Stop Embarrassing Your Entire Profession On Tik-Tok

Back in 2018, Vogue magazine published a cover story on Serena Williams a.k.a. The Greatest Athlete Of All Time, and about how she underwent a serious medical scare after giving birth to her daughter, Alexis, which mostly involved her ailments and concerns being ignored and dismissed by doctors who felt that they weren’t nearly as serious as Serena was making them out to be, and how Serena insisted that the staff do their damn jobs and listen to what she was saying before they realized that her concerns were actually valid after finding several blood clots present in her lungs.

The fact that a rich, famous, and influential Black woman like Serena Williams nearly lost her life due to the questionable treatment she was receiving from doctors and nurses resulted in many other Black women speaking out about heir own fears and experiences in receiving similar and sometimes worse treatment regarding their own health care, and how their own concerns are minimized and sometimes just blatantly ignored by hospital staff who see Black women as being so much more durable when it comes to withstanding physical pain.

Just recently, on January 2, a 25-year-old daycare teacher named Tashonna Ward died not from complications due to surgery or childbirth, but simply from sitting in the waiting room of a hospital for over two hours while waiting to be seen by a doctor for actual treatment of her chest pains and shortness of breath. When she grew tired of waiting for a doctor after having her heartbeat checked, she left the hospital to find better care elsewhere, only to collapse and die shortly after leaving.

Stories such as these are partly the reason why people on social media are both frustrated and infuriated at the growing trend of nurses making “funny” videos on Tik Tok in which they walk into the rooms of patients who explain their symptoms to them, only for said nurses to express disbelief and act as if everything they’re being told is complete bullshit that is a waste of their precious time and not at all deserving of their attention. Case in point…

We know when y’all are faking 😂😂 pic.twitter.com/uBV9LjXN3W

Naturally, there were people who thought that this video was hilarious and an example of what nurses regularly deal with in terms of getting patients who make mountains out of molehills and exaggerate how sick and injured they are.

“People really are offended by this tweet ? You gotta walk on eggshells in this generation 😒. Reading the comments this went from a joke to “black woman die in labor all the time because of people like this” I wasn’t even thinking that deep.”

“They deal with people who are faking all the time. Stop coming for her neck 😑 Nursing is hard af and people who don’t care don’t go through all the schooling necessary. She’s just having fun with something that happens all the time and is more than likely on a break. GTFO.”

Then there were those who spoke out about their own personal experiences with doctors and nurses and even paramedics who couldn’t care less about listening to their patients and taking their pain and their concerns seriously.

“i was continuously denied opioids after treatments bc they thought i was faking for pain killers. even tho i would literally wake up from anesthesia in tears and begging “help me.” thankfully on a different rotation dif nurses/drs saw what was happening and helped.

“I had several white doctors/nurses think I was faking some serious mofo pain, because they assumed I wanted drugs. Turns out I had an ovarian cyst burst. Not a giant emergency, but easily pain worse than childbirth (I have three kids).

“This is almost as funny as the time I got in that car wreck and was having such bad abdominal pain that I vomited all the way to the hospital and then the nurse ignored me and my pleas for water until I passed out from dehydration in a puddle of my own puke lmao.”

As part of the response to that video, the Twitter hashtag #PatientsAreNotFaking was soon created to convey the importance of doctors and nurses listening to their patients and believing what they are told instead of denying them the bedside manner and life-saving treatments that they need and deserve.

But of course, because social media is social media and because getting laughs and follows from strangers on the Internet takes precedence over damn near everything, more videos of nurses saying and doing the type of things that bring to mind the late Amy Winehouse’s classic lyric “What kind of fuckery is this?!” kept appearing online. Such as this now-deleted-thanks-to-all-of-the-backlash-that-soon-followed video from a “Nurse Holly” in which she really seemed to think it was a good idea to tell people that getting STDs is entirely their fault unless they practice abstinence.

if i go to get tested and the nurse tell me i should have waited till marriage SOMEONE is getting knocked tf out pic.twitter.com/cVnNENVIBi

Holly told BuzzFeed News said she made the video for the “little girls” who follow her. She said she wanted to tell them “that there can be benefits of saving sexuality for one partner.”

“In the comments, I acknowledged that of course using protection will help prevent STDs if one is sexually active. I just wanted to present another option to my young audience,” she said.

“I understand that my voice will not be accepted by many as it’s an unpopular view. This video was simply created with the intention of helping little girls see that saving sex for one partner may have certain benefits.”

It also didn’t help that this wasn’t the only Tik Tok video made by Nurse Holly with incorrect, judgmental, and close-minded advice coming out of her mouth.

this hag has a lot to say for someone who is breaking CDC guidelines wearing chipped nail polish pic.twitter.com/EHqpG5lLG0

Then there was this Tik Tok video posted by Dr. Erin Boyd, an emergency medicine physician in Tallahassee, Florida, before her video spread like wildfire and she decided to go into hiding and make her page private to avoid any further backlash:

And people on Twitter expressed their dislike of Nurse Holly and of nurses and doctors like her and Dr. Boyd who say and do things like this to make them terrified about setting foot in any hospital or doctor’s office.

these dumbass nurse tic toks make me never wanna deal with a medical person again because all they’ve shown me is that they judge you for EVERYTHING you come in for and do it shamelessly by outing themselves on these apps. get a new career https://t.co/DEG7cqAn3s

Nurse Holly also seems to forget that not everyone has the choice of waiting until marriage.

It is never, ever-not under any circumstance, on any planet, in any solar system, in any universe, in any dimension-ever, the victim’s fault.

Imagine. You go to the doctor for normal preventative care. Nurse Holly walks in with the wrong color foundation and says you should wait til marriage. When you’re gone she tries to go viral on tiktok about it. A month later the hospital send you a bill for $450. This is America. https://t.co/4QZ69vbifx

Tik Tok’s biggest effect on me personally has been making me terrified of every single nurse I see. https://t.co/GY458dEk8Q

Why are nurses so callous about their patients on TikTok?

This reminds me of the meanness of the casting director who live tweeted the actors auditioning for them. Except worse, because patients put their TRUST and LIVES in the hands of medical professionals.

doctor: you have cancer

me: oh no what’s the treatment?

til tok nurse: try opening up the bible once in awhile you piece of shit sinner

TEEN: can I talk to you for a moment without my parents?

TEEN: I have a kind of embarrassing question for you

DOC: ask me anything

TEEN: when are your healthcare friends going to stop making dumb TikToks?

It also didn’t take long for other nurses to speak out about videos such as these and how much it pissed them off, while also taking time to offer advice that was actually correct and helpful and not at all judgmental of any potential patients who might cross their paths.

So tired of nurses acting a fool on their large platforms. Promoting irresponsible and biased rhetoric regarding public health in an effort to go viral is so low and so so dangerous. Abstinence teaching does not equate to safe sex. So here’s my response 🤷🏻‍♀️ pic.twitter.com/vTlX5KbvCK

I really felt like this needed to be shared. pic.twitter.com/sZHmZOJRoQ

People have enough reasons to be nervous and terrified when going to a hospital or a doctor’s office for treatment that could mean the difference between life or death, and the last thing that any of them need to worry about (especially Black women) is that their concerns and their treatment won’t be taken seriously and that the doctors and nurses who should be busting their asses to help them stay alive and healthy are instead laughing at them, giving incredibly sh*tty and judgmental advice, and caring more about entertaining strangers on the Internet than they do about following the Hippocratic Oath. If I want to see doctors and nurses crack jokes that are actually funny about their jobs and about dealing with patients (while actually doing their jobs and listening to what their patients are telling them), I’ll just watch old episodes of Scrubs.

← Issa Rae and Kumail Nanjiani Are Hot, Funny, And Solving Crime In 'The Lovebirds' Trailer | 13 Actors You May Not Realize Are Series Regulars on CBS Dramas →