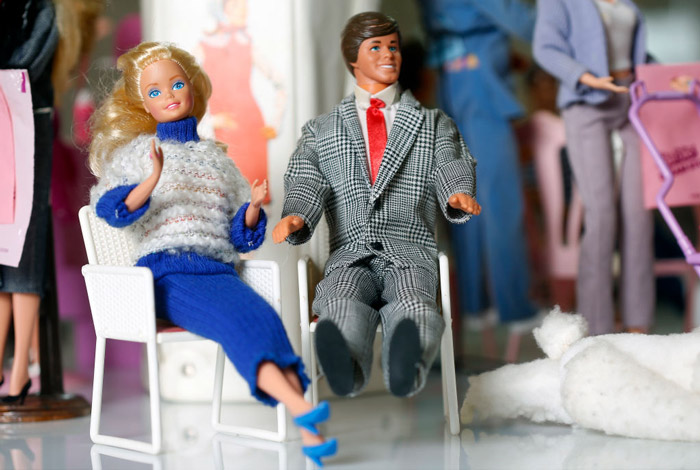 Hear Me Out: The World Needs Himbo Merman Ken

There are days when the world can seem a terrible place full of lies, horror, and evil. Then, you see something magical and inexplicable and your faith in the wonders of this world are restored. Sometimes it’s the charming frolic of a baby or a puppy. Sometimes it’s an act of random kindness, hitting right when we need it most. Sometimes it’s Jack Black rocking out in a Spider-Man suit. Sometimes it is the impossible delight of a Himbo Merman Ken.

Last night, while scrolling through Twitter, I saw him. His tail a glimmery coral. His eyes the piercing blue of Paul Newman’s. From torso through tail, Jason Mamoa-like muscles so ripped that his scales seem ready to pop off if he flexes. His Timothee Chalamet-approved harness provocative and beguiling. 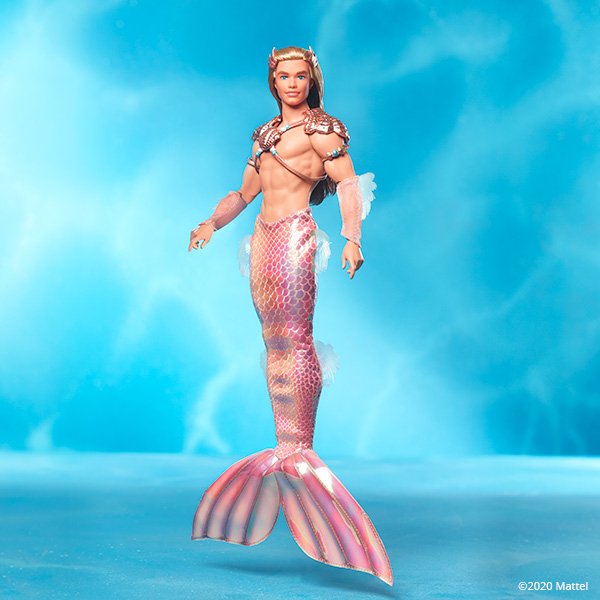 Isn’t he divine? But hold your seahorses. This extraordinary Ken Doll who is hard and soft all at once is not something you can just snatch up from Amazon.

As explained in this tweet from writer Andrew Wheeler, this glorious merman is in a kill or be killed battle with his Barbie rival.

Mattel is planning to make whichever of these merperson Barbie dolls wins a user poll.

I can't tell you how to use your vote, but I can tell you that I think the world NEEDS Harness Himbo AquaKen to become a reality. https://t.co/fnqrXssyhB pic.twitter.com/mqIEe2Zq5b

This magical merman is part of the 2020 Barbie® Signature Doll Design Showdown. On Mattel’s website, they’re asking the public to weigh in on which doll should be made: Majestic MerKen or ANOTHER mermaid Barbie Doll.

This beach-blonde beau has already bested two contenders. The first phase of this poll tool place in August, based on four sketches from Designer Angel Kent. (Check them out here.) Ken and Barbie came out on top, and so moved onto the prototype phase, which can be seen in the above tweet. Voting for this final phase closes on 12/6. So there’s still time to vote a future that has Harness Himbo Merman Ken in it. Give this doll of a guy the glow-up he WE deserve.

Now for some sad-time disclaimer news. This phenomenal finned sea stallion won’t be available for purchase by the masses. The winning doll will only be offered to Barbie® Signature Platinum and Gold Status members, which is a thing I’ve just learned exists. Still. Even if he can’t swim in your bath-bombed tub waters or strike a bold pose on your bookshelf, wouldn’t the world be a bit brighter for just having him in it, wherever the tide of shimmer and shells might take him?

← Finale Week: 'The Great British Bake Off', 'The Undoing', 'How To With John Wilson' on Podjiba! | Alex Winter And Keanu Reeves Doing Talk Shows Together Will Always Be Delightful →