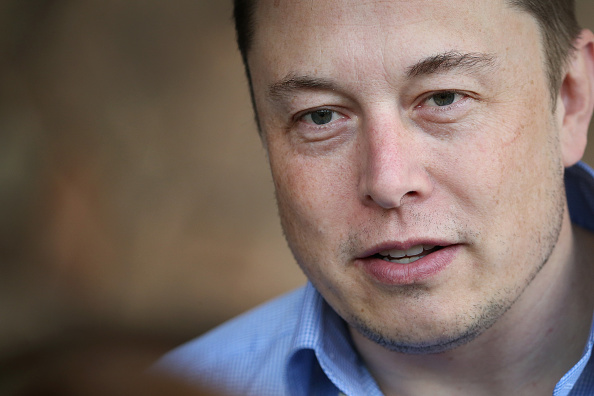 Amid all the other issues going on over on Twitter — laying off half the staff, the disastrous rollout of Twitter blue, the mass advertiser exodus — it turns out that Elon Musk also operates the social network like Donald Trump operates in the White House: He does not listen to the advice of others, and he operates by tweet, leaving his dwindling staff to figure out how to execute his ideas.

The so-called free-speech advocate also doesn’t like to be corrected by his employees in public, although since he doesn’t actually communicate with them at work (despite making his employees return to the office), sometimes Twitter is the only place his own engineers can reach him. To wit: Yesterday, Elon Musk apologized because Twitter was running slow, and explained the reason. One of his own engineers, however, corrected him:

I have spent ~6yrs working on Twitter for Android and can say this is wrong. https://t.co/sh30ZxpD0N

A long back-and-forth between Musk and Frohnhoefer ensued that began with Musk — the richest man in the world — basically calling out his employee, and his employee explaining what he has done to address the situation: 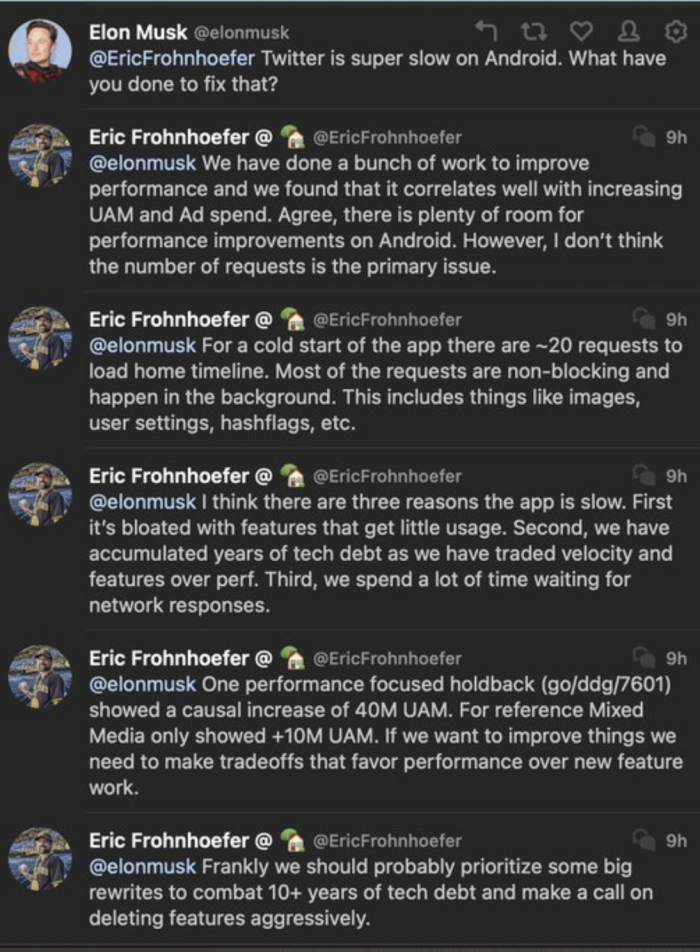 There is more to the conversation, but it ultimately ended when someone suggested that Frohnhoefer shouldn’t be having the conversation on Twitter. This is how Frohnhoefer replied, and this is what Elon Musk said in response (that @Langdon guy is a pud, too): 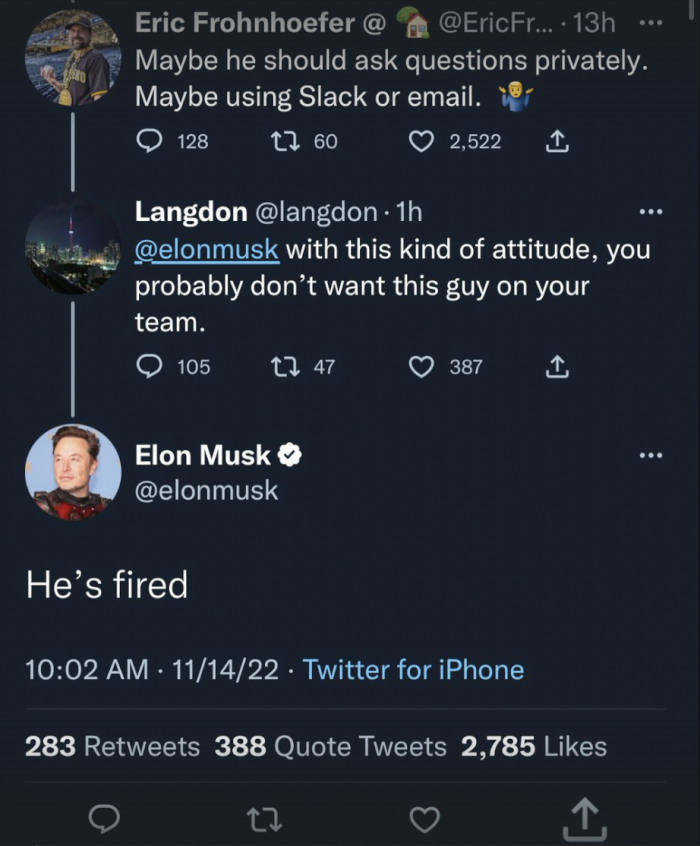 Musk has since deleted the “He’s fired” tweet, but he did follow through on firing Frohnhoefer, not by calling him or having a conversation, but by simply turning off his access. “They’re all a bunch of cowards,” Frohnhoefer told Forbes.

Guess it is official now. pic.twitter.com/5SRwotyD8J


The icing on the cake is that it appears that Musk actually took his advice. Go figure. 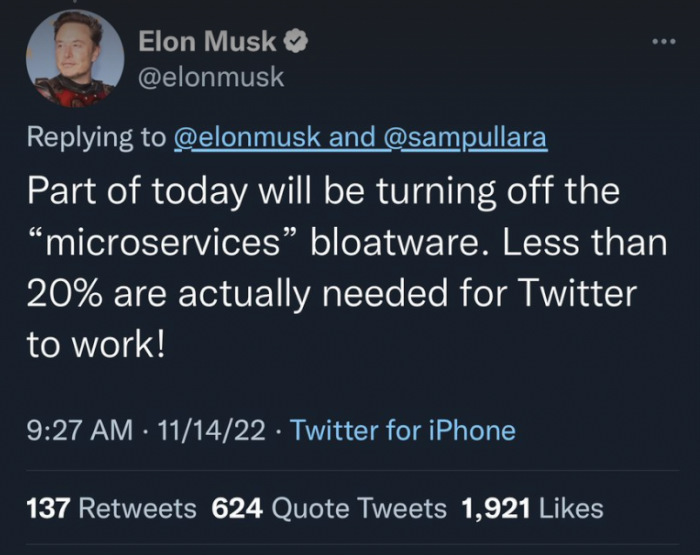 Frohnhoefer wasn’t the only Twitter employee fired yesterday. Another employee was fired for calling out Musk on Twitter, too.

We should start a club.

According to Frohnhoefer, there were also more layoffs overnight.

Just woke up to the news that more Tweeps were summarily fired last night. At this rate no one will be left to run Twitter.


NEW: Employees who have criticized Elon Musk in Twitter’s Slack channels were fired overnight over email.

“We regret to inform you that your employment is terminated immediately,” they’re being told over email. “Your recent behavior has violated company policy.”

The upside, I suppose, is that — according to his timeline — Frohnhoefer is getting a lot of job offers this morning.