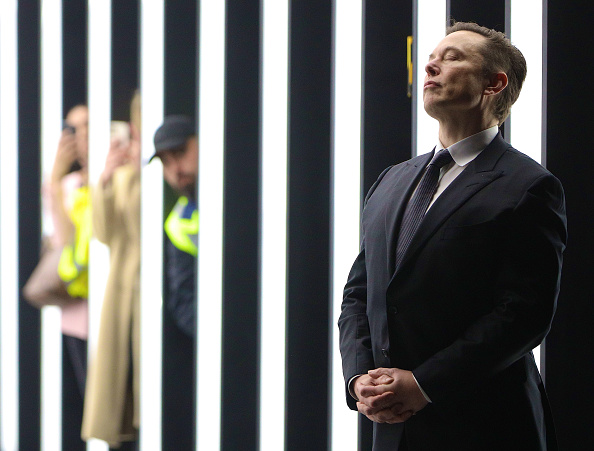 Man overspends for a social network under the guise of protecting free speech, which he apparently believes requires proliferating hate speech, and then he shuts down speech that is critical of him or his politics while calling mainstream media outlets “disinformation experts.” That sounds authoritarian to me.

Because of a poll that may or may not have been skewed by bots, Elon Musk has decided — starting next week — to grant amnesty to all banned accounts, save for those that were involved in spamming or broke the law. How Musk is going to discern which of those broke the law and which did not is unclear given the dwindling number of employees, but the end result will be the exact “hell site” that Musk promised advertisers he would not allow. It will undoubtedly mean the return of Milo Yiannopoulos and thousands of accounts banned for harassment, hate speech, and misinformation. Elon Musk has been radicalized by his own social media platform.

“Apple and Google need to seriously start exploring booting Twitter off the app store,” Alejandra Caraballo, clinical instructor at Harvard Law’s cyberlaw clinic told The Washington Post. “What Musk is doing is existentially dangerous for various marginalized communities. It’s like opening the gates of hell in terms of the havoc it will cause. People who engaged in direct targeted harassment can come back and engage in doxing, targeted harassment, vicious bullying, calls for violence, celebration of violence. I can’t even begin to state how dangerous this will be.”

Angelo Carusone, chairman and president of Media Matters, a nonprofit advocacy group and media watchdog, said that Musk’s decision could mean bringing back networks of individuals that include the American Nazi Party and “a whole bunch of 8chan, 4chan, conspiracy theorists who engage in harassment and abuse.” 8chan and 4chan are two message boards known for their racist and antisemitic posts.

Reversing the suspensions would mean “turning Twitter into a one-stop shop for operationalizing doxing and harassment, and an engine of radicalization,” Carusone said. “It’s a red pill Pez dispenser.”

Hey Elon, why did Twitter suspend @chadloder, the prominent antifascist account with 138k followers? Perhaps you're confused about the meaning of "free speech" — it's not just for people who agree with you pic.twitter.com/TeyRMAqsYA


As for the content moderation council Musk promised on the first day he took over Twitter? That was bullsh*t, too. “We are going to do a content council, but it’s an advisory council,” Musk said on a Zoom call. “It’s not a… They’re not the ones who actually… At the end of the day it will be me deciding, and like any pretense to the contrary is simply not true. Because obviously I could choose who’s on that content council and I don’t need to listen to what they say.” Authoritarian!

Musk is gaining a lot of new fans on the right, fans that will probably pay $8 under his new Twitter Blue regime, which he now plans to roll out next week. To prevent impersonation, Musk says that every $8 account will be manually verified. Good luck! The new verification icons will be gold for companies, grey for the government, and the original blue for individuals.

Musk also fired around 50 engineers the night before Thanksgiving while warning many more via email that they will also be fired if their code is not to his liking. At this point, many of the engineers remaining were those who had little choice but to stay, namely those with HB1 visas. If they can’t find a new job within 60 days, they are deported. Musk does not care, just as he doesn’t care about the lives upended by his firing spree. Musk is a right-wing bot now.

Finally, and this is just kind of indicative of the type of person Musk is: He even lied about the details of the death of his firstborn. (Trigger warning).