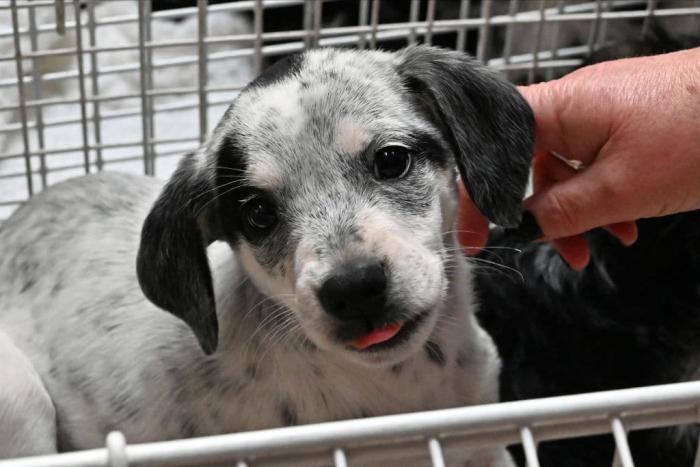 Here’s the thing. Dogs are the best. The Best. They’re humanity’s greatest achievement. It’s not the Mona Lisa or Shakespeare or some frothy concerto whipped out by a 12-year old white kid in a wig or whatever else Very Serious People always claim it to be. It’s not even socialism. It’s The Dog. And you know what, maybe that’s doing a disservice to The Dog—calling it ‘our achievement’. Maybe that’s a reductive way to describe the almost magical process that began so far back in the obscurity of our shared existence that it’s nigh-on impossible to imagine it as ever taking place at all. That moment, some time before even the dawn of agriculture, tens of thousands of years ago, when somehow, against all odds, human and wolf both broke through and crossed no man’s land to meet in the middle and embrace, when the fragile barrier between life and death erected by firelight and spearpoint was crossed and the predator came in from the cold, snarling teeth transformed into warm hugs and blood and spittle became a bond forged for eternity. Maybe it’s an act of ridiculously predictable species hubris, to call something like that ‘our achievement’. Maybe. Maybe not. Nevertheless, here’s a little trick: If you ever find yourself feeling down, wandering empty-eyed in a depressing existential cul-de-sac, toying with the idea of giving up the hunt for meaning in a meaningless universe, just think of The Dog—and remember that in this vast and bleak cosmic landscape, humanity does have a purpose. An individual human can imbue their life with meaning. It’s simple: Find a dog, and love it. Whichever way you want to look at it—humanity cannily stripping the wolf of its power and death-dealing ways; or the wolf humbling itself in return for shelter, food, and affection; or both—the point stands: Dominance was traded in for subservience, and we owe them our undying love. Forever. It’s as simple as that.

All that being said, just as the wise sage Charlie Kelly once said of cats, that they ‘do not abide by the laws of nature’, dogs do not follow the natural order either. Because they are cartoons. Come and see:

She can see again from r/MadeMeSmile

And here we get to the actual excuse for the whole damn post:

(The accompanying comment in the following video, for those who do not speak Spanish: ‘Did you see that the neighbor’s dog is pregnant? You wouldn’t know what happened, would you?’)


his reaction is priceless dead from r/WatchPeopleDieInside

← What Has Tom Holland Been Up To In Quarantine? | 'Devs' Finale, 'Westworld' Similarities and 'Brooklyn Nine-Nine' on Podjiba! →