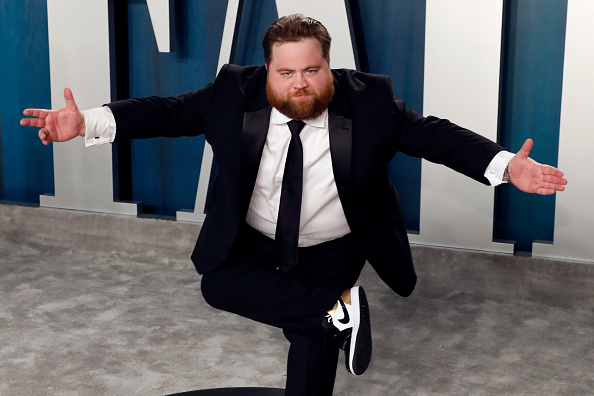 'Cobra Kai' and 'I, Tonya' Actor Cancels Himself on Twitter

As an actor, I am a fan of Paul Walter Hauser. He’s often the best part about whatever movie he’s in, whether it’s the woeful Queenpins, the excellent I, Tonya, or even as the lead in Richard Jewell, a problematic film with some excellent performances including his own. He’s also very fun in Cobra Kai — the guy always reminds me a little of a real-life version of Seth Rogen’s character in Observe and Report. I’m surprised he’s not a member of good standing in the Danny McBride world, too.

He’s also on Twitter. Or he was. And every once in a while, he’ll say something that will piss off a lot of people, like attacking a Vanity Fair critic for giving Cruella a bad review (he was also good in that), or defending Letitia Wright’s freedom of speech rights to be anti-vax. I think there might be some of Paul Walter Hauser’s characters in Paul Walter Hauser. His Twitter rants, however, rarely rate because, well, he’s Paul Walter Hauser, a solid character actor who is not exactly a cultural force in Hollywood.

But then last night, Paul Walter Hauser basically … canceled himself? It started with a very weird overreaction to the Oscar wish list of the NYTimes film critics. You can read that list here, and if you didn’t watch a ton of films in 2021, you might not recognize some of the titles. It is what it is, which is to say: It’s exactly the kind of list one might expect from the New York Times film critics. There aren’t a lot of box office hits on it, but it hardly warrants this response: 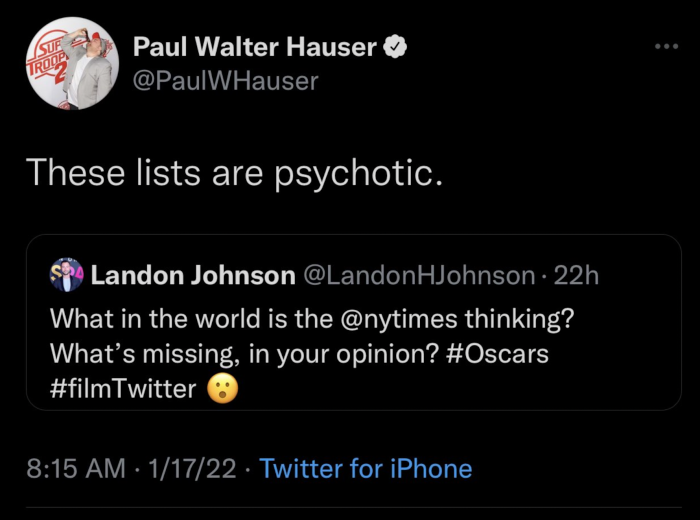 “Psychotic” seems like an overreaction, but whatever. My guess, based on the context, is that some people called him out for trashing a list with a number of international films and female directors. I suspect that he was mostly taking issue with a list that contained a number of more obscure titles, but nevertheless, he got very defensive and all of Paul Walter Hauser’s characters seemed to come out at once. 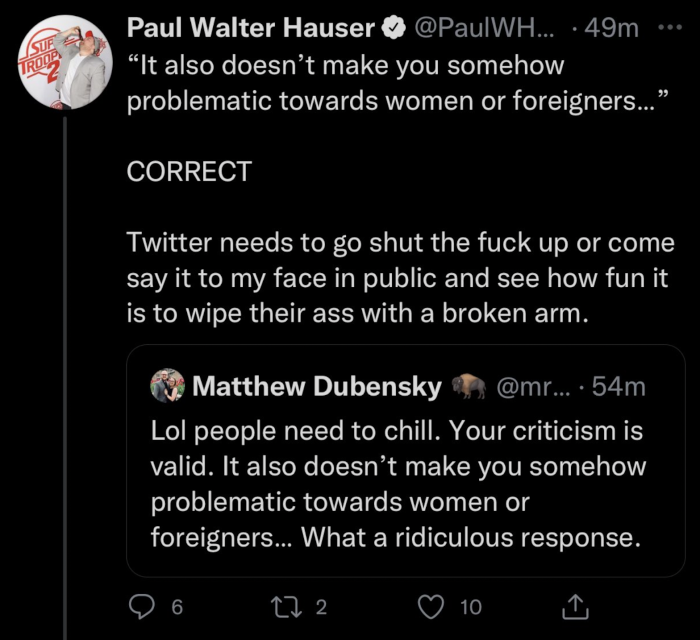 Yikes. And then he took it a step further when someone called him out for that tweet. 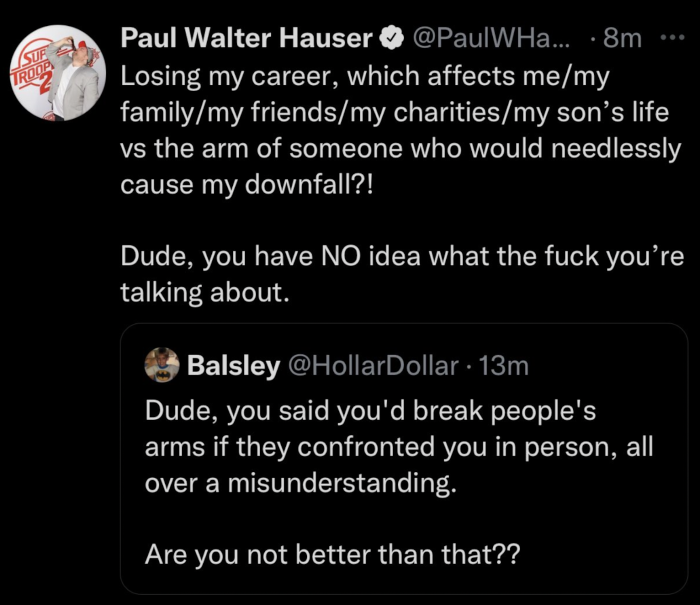 Dude, it was just an Oscar list, man! In any respect, soon after that tweet, Paul Walter Hauser canceled himself by deleting his Twitter account. It was probably a smart move because it prevented people like me from digging up some of those older tweets that might not reflect well on him and may have forced him to spend the rest of his career making movies with Gina Carano.