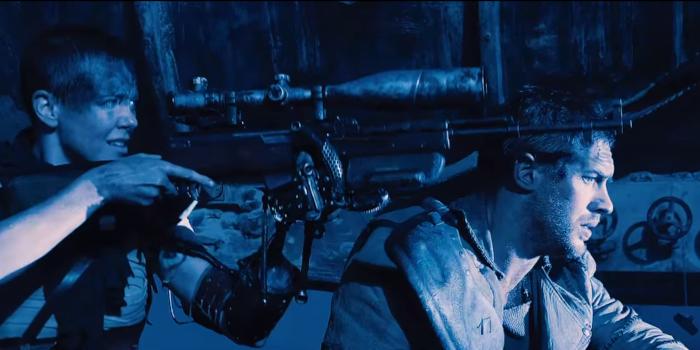 How in the Holy Hell Has it Been Five Years Since 'Mad Max: Fury Road'

How. How? How?! How in the dusty hell has it been five years since Mad Max: Fury Road came out? Five years. It doesn’t make any sense, does it? Half a decade. It just doesn’t seem right. Surely it was much, much longer ago than that. Or, paradoxically, surely it was far more recent than that. Mad Max: Fury Road is either a siren’s wail that echoes out to us from a distant past already fast receding into myth, or it is an incendiary torrent that tore through our collective psyche yesterday. That’s how it feels. Sometimes as if it’s the former, sometimes as if the latter. Anything but five years. Half a decade. That just doesn’t seem right.

Fury Road was often rapturously described as an ‘impossible’ film upon its release. Released in an age of bloodless studio-mandated CGI weightlessness full of extended cinematic universes devoid of consequence, here was an aberrant miracle of a movie, screeching out of the Namibian desert with some of the most insane stunts ever put to film, cinematography that married the clever and functional to the artistic, writing that could be taught for decades as an example of economical, belivable character development, and a proud feminist perspective that was woven organically into its storytelling and its characters instead of being shoehorned in at the last minute into a single scene in order to cynically erect a simulacra of progress that would entice the fourth quarter projection graph to snake ever higher.

Five years. Five years since this snarling beast of a movie that fully deserves to stand with the all-time greats of the medium from Kurosawa and Scorsese and Denis and Fellini and Varda and Lee and Coppola and all the rest of them. Five years. Isn’t that just some sh*t? Twitter has been commemorating this mind-boggling anniversary over the past couple of days.

Not like I really need an excuse to watch it again, but still. pic.twitter.com/Afc71n4Eag

Cinematography by John Seale
Directed by George Miller
Read about why it's one of the great summer movies ever: https://t.co/gIGzqYd7iV pic.twitter.com/HAyFlI5F8W

Cinematography by John Seale
Directed by George Miller
Here are a bunch of video essays about this movie: https://t.co/RK2sdKaXRF pic.twitter.com/Bs044tsq54

really hope i’m wrong, but it does seem that if mad max: fury road didn’t convince the academy to start doing a best stunt category, nothing will

Fury Road was such an anomaly of genuine vision and practical execution that it’s scrambling everyone’s brain to think that it’s only five years old and thus came out in the current studio model.

most folks (hopefully) don't remember this, but there was a long period of time when I pretty much constantly & exclusively tweeted about Fury Road https://t.co/niqRe26Bdg

FURY ROAD came out five years ago today. It's the last time the world was great. You spent a whole summer running into people and saying "hey how great was that" and they would say "yeah holy shit." You drove around playing "Brothers in Arms" really loud and everything ruled. pic.twitter.com/pdvC9ugn0x

Tom! Charlize! All the Wives, War Boys, and even the Doof Warrior!

They’re all here, and candid as hell about the difficult making of an against-all-odds masterpiece: https://t.co/cvYSHDcosZ

tom hardy is literally a godsent gift and im so glad renner didnt get to have all the glory mad max fury road got pic.twitter.com/iGdLmajJkX

Mad Max: Fury Road was released 5 years ago. We love that movie a lot, so here’s a pic of Millie right after she shaved her head, mimicking Charlize as Furiosa. pic.twitter.com/UXV5373Imc

5 years ago today I was watching Mad Max Fury Road in Cannes. Spontaneous applause when it finally paused for a breath about half an hour in. Will never forget it. One of the most exciting experiences I've ever had in a cinema.

5 years ago, Mad Max: Fury Road was released. As you know by now, it was a grueling, intense shoot but my god was it all worth it. Went back into the vault to find some of my favorite moments behind the scenes #tbt pic.twitter.com/WVrdWktQzM

I became a mom right before we started shooting. At least my child will forever have the fun fact of “I spent most of the first year of my life in a war rig” (special appearance by my incredible costumer Inge Hough) pic.twitter.com/kHHjcoYxov

The man, the myth, the legend. Forever grateful to you, George. pic.twitter.com/JKS0fPUism

My girls 💜 (minus Rosie!) pic.twitter.com/zfgEgsM7pB

I’ll never forget the feeling of seeing my war rig for the first time and realizing holy shit, George is not f*cking around. pic.twitter.com/LCD0SiIjRZ

‘As the world fell…each of us in our own way was broken,’ intones Tom Hardy’s Max over an opening montage of societal collapse and ecological implosion, his voice heavy, sagging with the burden of experience yet smouldering with some mad fire deep within. How hard does that line hit, looking back at it from May 2020?

‘To die historic on the Fury Road’, indeed. How lucky we are to have been there when this thing graced our cinema screens. We may never see its like again.

← Sarah Paulson Responds To Adele Comparisons | An Imagined Conversation Between Ben Driebergen and his Wife, Kelly, After the 'Survivor' Finale →