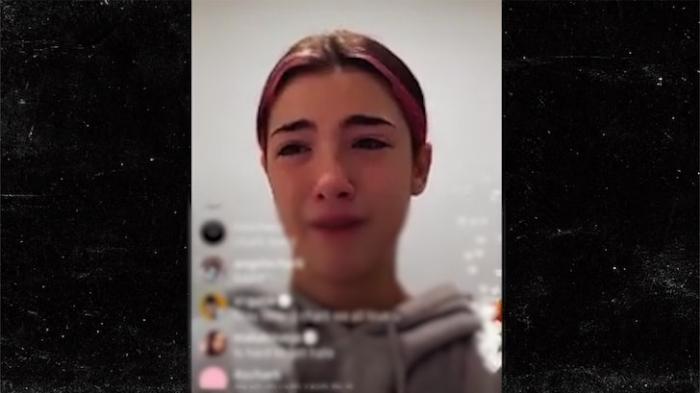 This is Charli D’Amelio.

Charli D’Amelio is 16 years old. She is a huge TikTok star, where she had 95 million followers, as of Tuesday. D’Amelio’s TikTok videos consist almost entirely of her performing short TikTok dances and behaving like a 16-year-old. This video, with her sister, is fairly representative.

Meanwhile, The D’Amelio Family — as part of an extended effort to commodify their children — recently started a YouTube channel. On it, they hosted a “Dinner with the D’Amelios” and invited controversial YouTube star, James Charles. It’s a 16-minute video. There are two moments that ignited controversy.

In the first, Charli’s sister reacted rudely to the snails that their personal chef put in their paella. She gagged, and then puked. Moreover, rather than eat the snails, Charli asked for dino nuggets.

The backlash among those who spend too many hours a day playing Roblox was swift. Charli lost a million followers in 24 hours. Among those complaining was a much older social media star, Trisha Paytas, who is about 30. She complained about the way that Charli behaved in the video, and Charli responded with a tearful video in which she called out Paytas for being rude.

Subsequently, Trish because the subject of so much backlash that she had to apologize for trying to “cancel” Charli.

Trisha apologizing for what she said about Charli D’amelio pic.twitter.com/7cgTLbQnW6

Half of those invested in this saga are demanding that D’Amelio be canceled, while the other half are bemoaning the fact that old people (like, 30 years old!) are trying to get a teenager canceled. In the meantime, after losing a million followers in 24 hours — or what is essentially a rounding error — Charli is now up to 98.6 million TikTok followers, which is three million more followers than she had before she lost 1 million followers.

tl;dr: It’s bizarre to consider that — given everything else going on in the country right now (an attempted coup! a raging pandemic!) — there is also a completely separate reality where people are arguing over whether it’s OK to judge a privileged teenager with a personal chef and 100 million TikTok followers.

← Trailer Round-Up: 'Chaos Walking,' 'Godmothered,' 'One Night In Miami,' And More | Scene Academic: The Jellyfish's Sting (or How Death Gets Cringe in 2008's 'Seven Pounds') →