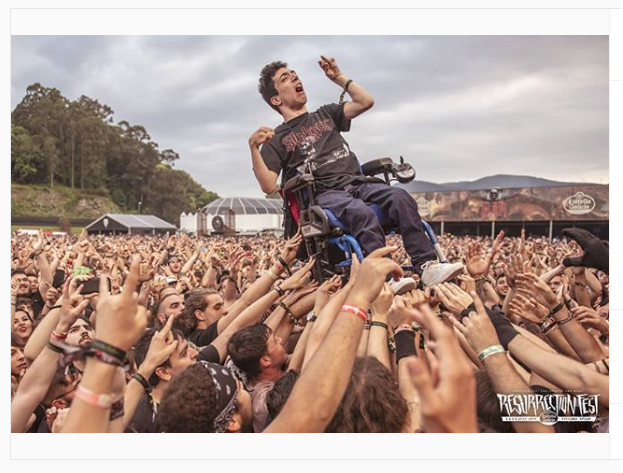 An Ode to My Favourite Photo of the Year

There are some experiences that are so pleasing to the soul that they are nigh on impossible to put into words.

Collapsing into a comfortable bed after a physically exhausting day.

Coming home after a long trip and being greeted by your dog.

Watching the sun go down on a beach while surrounded by friends.

The older I get, the more I’m coming to see clearly and feel viscerally how all the cliches about happiness are true. That this thing called ‘happiness’ really is not a place, it’s a perspective; an appreciation of the joyful moments along the way.

I’m also more and more aware that that appreciation doesn’t always happen by itself, and that sometimes you have to consciously make an effort to tune in to the sweet notes of the arrangement in order to hear them. Sometimes you have to fight to not let them be drowned out by the discordant, often overwhelming strains of negativity—of habit and routine and day-to-day annoyances and grander miseries. So I try make a note of how much I love stuff. In quiet moments I think, ‘Hey. This is a good thing, that does no harm, and that I enjoy.’ It sounds incredibly banal, but that kind of small mindfulness really makes a difference.

Similarly it has taken me far too long to realise that when you find something you enjoy, you shouldn’t hold back. Rather, go nuts. Revel in it. Lose yourself. Life’s too short and full of sorrow to be held back by irony or cool detachment. As I’ve gotten older and battered about by experience, I have come to really appreciate the sources of joy in my life, one of the main ones of which is music. Specifically, heavy metal.

The cliche around metal—and other forms of ‘extreme’ music that lie away from what might be considered the mainstream—is that it is a youthful pursuit. That you may be enamoured with it when relatively young but you progressively lose the taste for it as you get older, and you branch out to other genres. For me the exact opposite has been the case. Music is one of the most important things in my life, but my direction of travel has been one towards the darkness and heaviness, rather than away from it. Instead of reaching a level of heavy I was comfortable with and then crystallising, I have continually desired more. And instead of diversifying my tastes, I now find myself listening to metal almost exclusively. My old love for the blues and for folk and Great Music Wherever It May Be Found still very much lives, but in terms of pure listening time, nothing can compete with metal.

It’s a passion that burns like a blackened flame, and where the conflagration finds its strongest manifestation is in the ritual of the metal festival. As heavy metal and its offshoots and sibling genres have receded from being the dominant force they once were, metalheads have found ourselves becoming a niche minority. We feel this deeply within our bones. We know that our tribe is a shrunken one, yet our passion for this diminished world seems to burn ever brighter for it. Used to being the lone black pixel making its way along an indifferent landscape, at festivals, suddenly surrounded by thousands of others for a change, we go absolutely nuts.

So in terms of sources of joy in my life, heavy metal—and metal festivals—is something that I very consciously appreciate, and increasingly so as I get older. Not just because of the music itself, but because of that most fundamental of human needs that it caters to: A sense of community. Of solidarity, and shared joy. Because honestly: Seeing a metalhead at a metal fest is to see pure happiness and togetherness manifest. Unbridled, unguarded, unbound. It may fly in the face of cliche, but happiness doesn’t look like sunshine; no, it wears all black, thrashes about in a mosh pit, and probably has a skull or three etched into its skin. I talked about the discrepancy between the perception of metalheads and the reality before:

One of the main European metal festivals on the calendar is Resurrection Fest. Resu, as it’s popularly called, is held in Viveiro, in Galicia, on the North-Western coast of Spain where the sun-bleached landscape that makes up most of the country is transformed by the nearby Atlantic into a lush and verdant series of hills and capes that slip into the ocean. It’s there, two weeks ago, under those grey Atlantic skies and amidst the teeming hordes of black t shirts, that my favourite photo of the year was taken.

Like most festivals, Resu has a special area reserved for people who use a wheelchair or who might otherwise benefit from that consideration. During Arch Enemy’s set on Friday, Alex, a metalhead who uses a wheelchair, was not in that area. He asked those near to him if they could give him a boost, so that he could see better and feel the music more. Photographer Daniel Cruz was there to capture the moment:

I could not love this image more.

It’s the moody skies, entirely appropriate for a festival dedicated to the dark and the heavy.

It’s the arms thrust to the sky, both those flashing the devil horns salute and especially those converging underneath Alex in a show of solidarity and shared joy.

It’s the fact that Alex is framed slightly to the right of centre, suggesting a progress of movement both literal and symbolic: It’s of course customary when lifting someone up like that at a gig to surf them to the front, but quite aside from that it seems to hint at hope—that as long as we work together and look after each other, we can move forward. That that is, in fact, the only way to move forward.

And more than all of that, it’s the sheer rapture on Alex’s face. That there is a man buoyed up not just by the arms of his fellow brothers and sisters, but by the kind of ecstasy that only music can bring. This is a portrait of a man completely lost in his passion and enveloped in love, and since the moment I saw it I have not been able to stop thinking about.

So to Alex, Daniel, and every single metalhead there, I say this: In the immortal words of AC/DC, We Salute You. May we all know such solidarity in our time.

The Arch Enemy legions just being awesome as usual at @ResurrectionESP in Spain a couple of days ago! Tonight we play in Marseille, France! #archenemy #wareternal #willtopower pic.twitter.com/LmyltJ6FMI

Resu is of course not the only time this has happened. 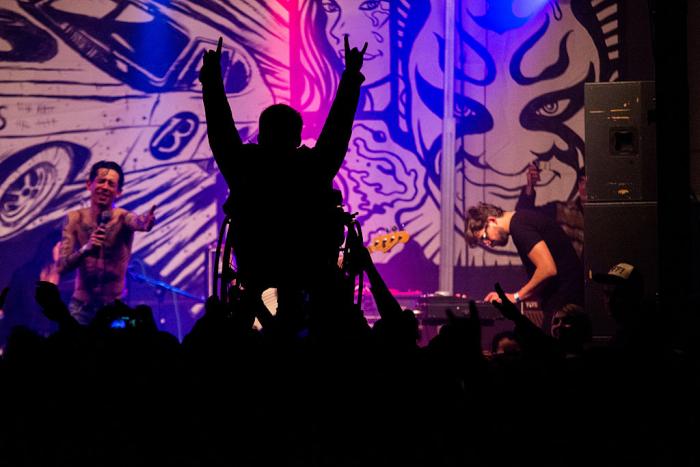 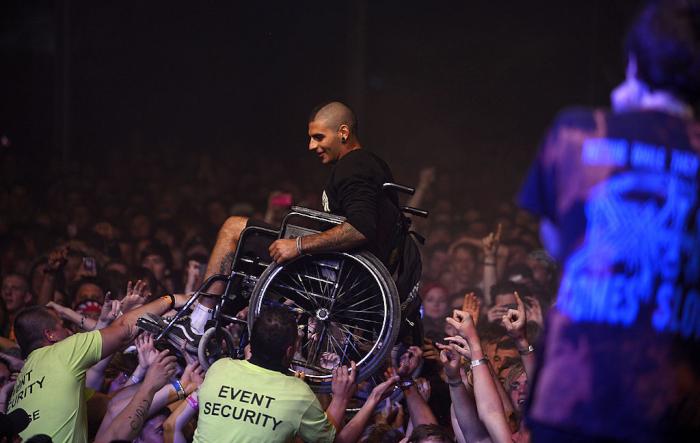 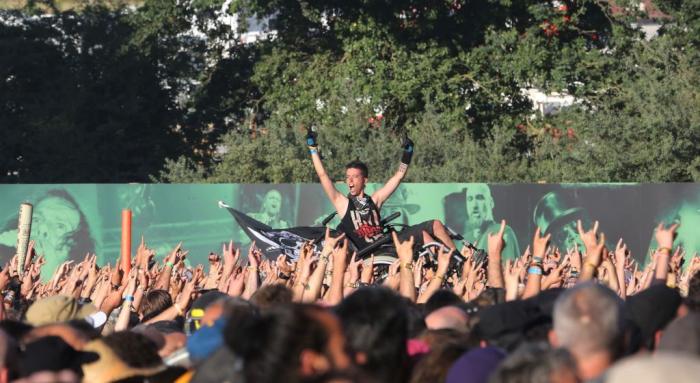 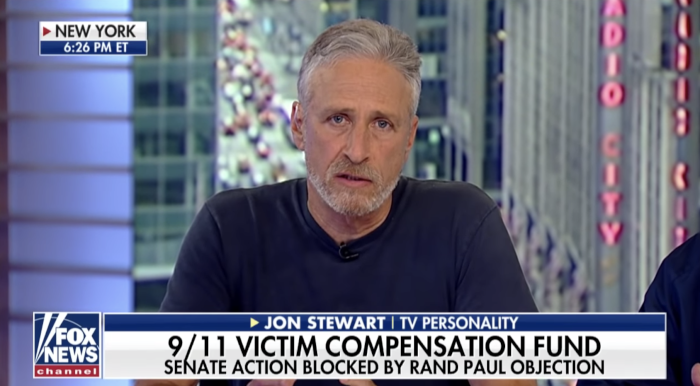