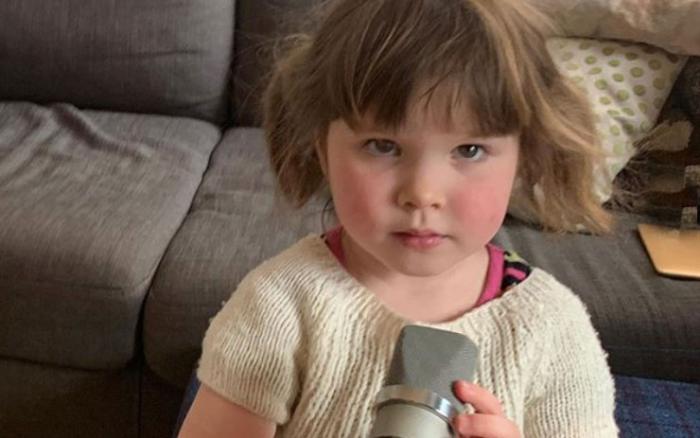 This 3-Year-Old's Dinosaur Song Has Arrived To Wreck You

Warning: You are not prepared for the song you are about to hear. Sure. It’s a song about dinosaurs being in love written by a three-year-old girl. So, you might think it’ll be cute, maybe enchanting. “Dinosaurs in Love,” written by Fenn, the daughter of singer/songwriter Tom Rosenthal, is both. But it’s more. It’s here to wreck you.

Do you dare listen?

Fenn, my nearly 4 year old daughter, recorded her first ever solo song today. She came up with all the words herself and I helped her a little bit with the tune. It’s called ‘Dinosaurs in Love’. 🦕❤️🦕 pic.twitter.com/erCgG0sUvP

Here are the lyrics of “Dinosaurs in Love”:

Rosenthal posted Fenn’s heartbreaking ballad of love and extinction on Twitter on Tuesday. Since then, the song has been played 3.1 million times. Twitter users went wild for “Dinosaurs in Love.”

they fell in love but they didn't say good bye pic.twitter.com/8NRpIQrtcZ

Reminds me of the saddest drawing I’ve ever seen …. pic.twitter.com/16QH0QtFul

"And they didn't say goodbye" BRUH I was not fuckin READY for that pic.twitter.com/nXn6pfhCzQ

Even the people they ate are currently like pic.twitter.com/kmDpcDmv9a

For more on Fenn and her father, check out his interview with CNN and Instagram.