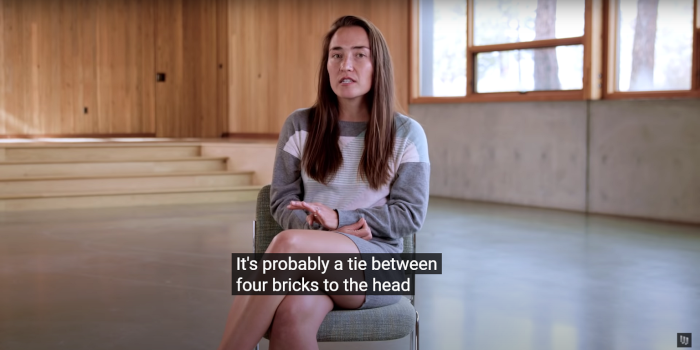 React videos are all the rage on the internet. A lot of them are not particularly entertaining—though some rank among the best video material out there—but they are easy to make, and, to be fair, probably exist at a ratio of bad to good as most other content. Feeding off our need for human interaction and empathy, when they do work well, they can be magic. In recent (or ‘recent’ enough, based on the standards of someone like me who notices these things always too late anyway) years there seems to be have been an explosion of expertise-led offshoots to the usual react video format—stuff along the lines of ‘so-and-so expert reacts to so-and-so manifestations of their profession in popular culture/media’. There are lawyers reacting to It’s Always Sunny’s bird lawyerings, accent specialists reacting to the rich buffet of dodgy accents that cinema has thrown up over the years, and now one what might be one of my favourite new examples: A trauma surgeon reacting to the injuries characters sustain in a film. Specifically, in this one, the damage done to the Wet Bandits by one Kevin ‘Khe Killer’ McCallister in the 1990 Christmas classic, Home Alone. Check it out, it’s fun:

← 'Succession' Finale, 'And Just Like That', 'Abbott Elementary', And More On Podjiba | Lance Reddick Says that Keanu Reeves' Girlfriend, Alexandra Grant, is 'Cool as F---' →