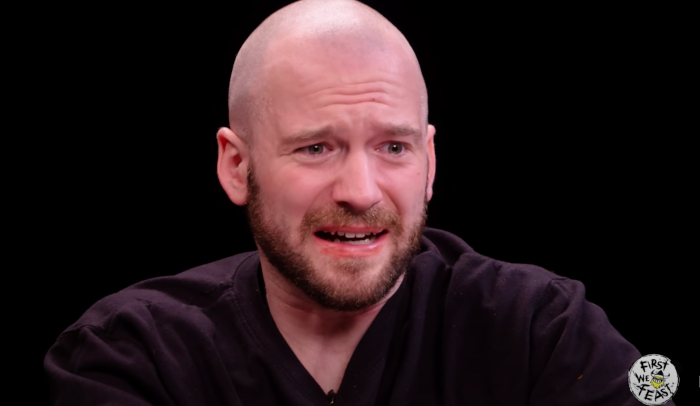 Though It's Not a Competition, Steve-O Has Nevertheless Won 'Hot Ones'

I mean, you can watch the entire interview if you’d like, or you can just jump straight to the 21:30 mark and watch Jackass star Steve-O win Hot Ones once and for all. I don’t want to spoil it for you — no, that’s a lie. Steve-O pours his own hot sauce into his eye after chugging the bottle. The look on Sean Evans face above pretty much says it all. Good god.