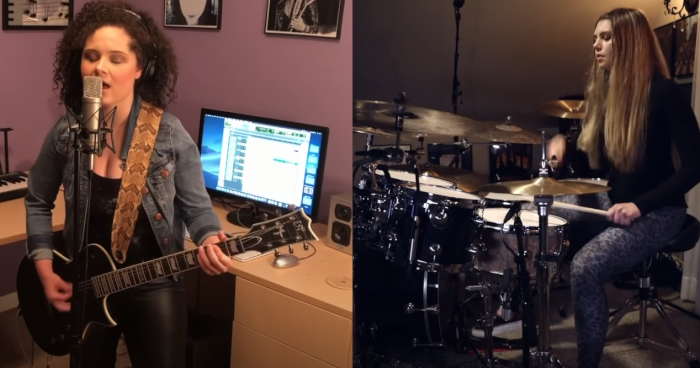 There's One Way to Cover a Song, and Then There's the Other Way

I’m sure it’s no secret that I love a good cover song. Whether it’s Denzel Curry cracking the Earth’s mantle with his seismic cover of Rage Against The Machine’s ‘Bulls On Parade’, the chip shop lads from the DMAs giving a beautiful acoustic spin to Cher’s ‘Believe’, Luna Lee absolutely shredding up Jimi Hendrix on a gayageum, or the Melodicka Bros completely recontextualising System Of A Down’s ‘BYOB’, a good cover can make my day.

So fancy my surprise when I found two good covers floating around the interwebs today!

That’s like, a day made, and then another made day in hand for whenever next I might need it. Which, let’s face it, these days is probably pretty soon.

So look, here are two really great covers, that as an added bonus neatly illustrate the two opposite poles of the cover methodology scale: One plays the cover straight. As straight as a ruler. It’s loyal to the sound and spirit of the original, and it’s played basically exactly like it—but it’s done so with fantastic skill and contagious passion and it shines as a result. The other goes the other way: It changes things up. Now, it doesn’t actually change the composition too much like a lot of covers that take songs to an entirely new place, but it does change the instrumentation of the song, and it plays it such a way so as to highlight the unique strengths of the new instrument.

And here’s the latter, YouTuber Gamazda taking us on a journey with a mournful ‘Nothing Else Matters’:


← Review: 'Anything For Jackson' Offers A Frightening And Fun Allegory About Trump Voters | Review: Would Being Drunk All the Time Make You Happier? Mads Mikkelsen Finds Out in Another Round →