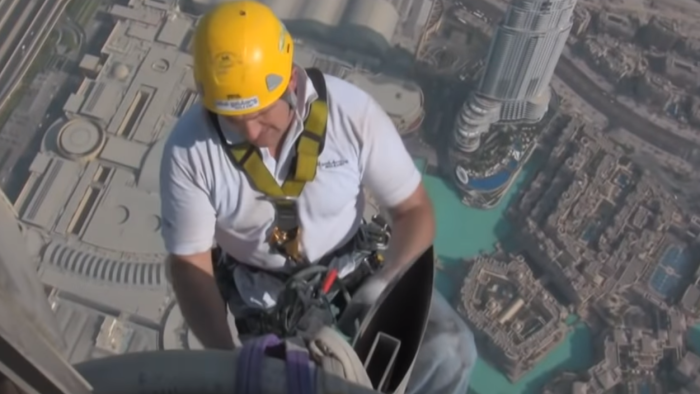 I’ve got this thing with heights. The thing is that they petrify me, but also exert a morbid sort of fascination. The French have a phrase—because of course they have a bloody phrase—that sort of describes it I guess: ‘L’appel du vide’. The call of the void. The uncanny mixture of fear and allure. You stand on a vertiginous precipice, cold wind blowing through your hair, gravity gently yet insistently tugging on your limbs. Your fingers clenched around the handhold, your eyes fixed on the surely fatal fall before you, you are almost paralysed with fear. Yet despite that dominant fear you also feel something else. Something aberrant and perverse. Like hearing a distant, compelling echo inside your mind that sounds like it’s telling you to jump. To let go. You don’t, and you know it’s a ridiculous, intrusive thought, but it’s still there, grinning at you through the crowd across the road like a Stephen King spectre.

My fear of heights is allayed if I have a grip on something. I’ve been climbing things my whole life, I’m okay at bouldering and confident in my grip, so even if I’m really high up and trembling with angst as long as there’s something I can grip onto I’m mostly okay. At 828 m (2,717 ft) high up though, even my comforting iron grip would probably do about as much good at calming me down as a plastic bag would at holding back gale force winds. So being on top of the Burj Khalifa in Dubai, the tallest building in the world and capitalist middle finger, is out of the question. Sh*t, even watching famous centre-tooth owner Tom Cruise climb the Burj on screen in Mission Impossible: [Insert Cool Word Combination Here] Ghost Protocol was already too stressful. I mean, look at this damn maniac:

Some peeps think this photo of Tom on the Burj Khalifa is photoshopped. Click here 4 the truth http://t.co/NdOdU8OPc4 pic.twitter.com/UX9MdQw53D

Anyway look at these absolute mentalists:

The background doesn’t even look real it’s so damn high up. Lads, I say this with all due respect, you are out of your fu**ing minds.