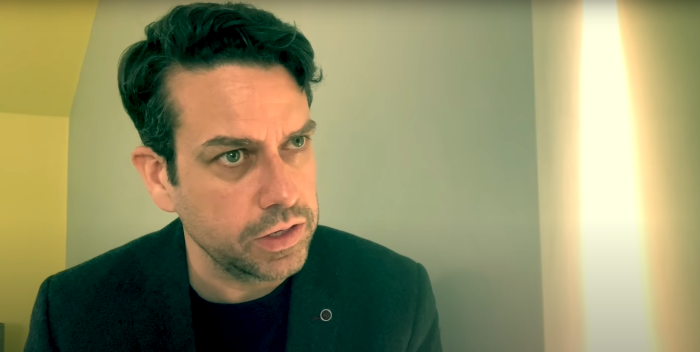 SNL Take Note, THIS is How You Do Reactions in a Sketch

The problem with most sketches that centre around dialogue is often in the reactions. Take the classic format of someone saying something weird and someone reacting to it in a straight man way. Many times you’ll find a sketch that’s based on a good concept, has some decent enough lines in it for the person saying the weird stuff, but it all falls down in the reactions.

Rhythm is everything in comedy. Bad dialogue sketches mess things up by either over-explaining each reaction in an explicit way that beats you over the head with the joke, or by letting the reactions go on for too long, or by starring a performer who just isn’t capable of selling them. The former two are classic symptoms of SNL disease, but they manifest throughout sketch comedy. YouTuber Gus Johnson can be pretty damn funny, but one of his most successful videos—‘How they use shotguns in movies’—is a textbook example of a video that has a good concept and decent enough lines and delivery when it comes to Gus’ character, but the reaction parts of which fall prey to SNL disease:

This morning, I stumbled upon a perfect counterexample. It’s by YouTuber Michael Spicer, who does a lot of those ‘room next door’ videos. Those don’t really work for me. But he’s just released a video that parodies the movies of Christopher Nolan—specifically the over-complicated nature of some of his plotting. I was watching this video play, and I was quite impressed with the writing and I could feel the laughter building in me, but I was so tense, thinking that each time it cut back to a reaction it would lose its momentum and ruin the rhythm by going on too long, but by some sort of miracle it never did! The main lines themselves are really good too, but without those reactions, this would fall flat. Kudos Michael Spicer. SNL take note. This is how you do reactions: