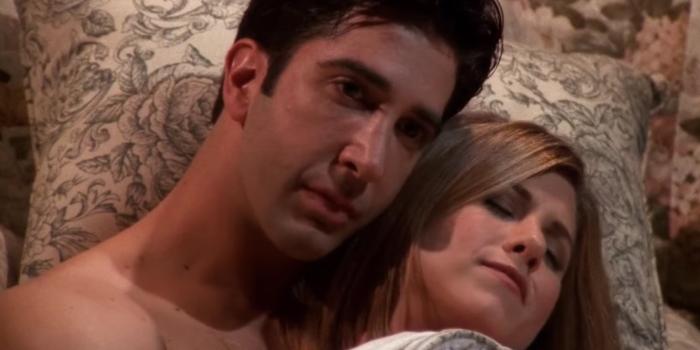 The future is shrouded in mystery. My own personal future anyway. I have minimal idea of where I want to end up or what I want to be doing at fifty, sixty, seventy, eighty years old—if I even get that far. The future of the world overall is easier to predict: Cataclysmic storms, famine, wildfires, mass exinction, new world resource wars. Fun times!

Anyway, though I’m pretty clueless as to where I’ll be or what I’ll be doing with my life as a whole, one thing I can tell for certain is that somehow, one way or another, I’ll probably be rewatching Friends for the billionth fu**ing time. It just can’t be helped. I know my fate. I’m resigned to it now. It doesn’t matter how much time passes between each rewatch, I will always come back to this easily critiqued, frequently problematic, often absolutely perfectly written and performed show.

Each time I come back I’ll have a few predictable reactions too. Completely losing it at Chandler’s ‘Flanin!’ line; totally cracking up at almost every line delivery by David Schwimmer from seasons one through to five or so; and of course chronically groaning in frustration at the relationship dynamic that exists between Ross and Rachel throughout their messy as all hell decade onscreen together. Comedy is so often built on the contrast between reality and artifice. In the example of Friends, it’s pretty clear that Ross would be the worst person to know in real life, yet he is hands down the funniest character on the show. Similarly, in real life it would be pure hell to have to weather the hurricane that is Ross and Rachel’s on-off courtship—especially, again, Ross’s nonsense—but it sure made for compelling TV. On that note, here are two professional relationship counsellors brought in by Vanity Fair to do a video that examines that courtship from a real world lens:

← What We Did This Summer: Our 'Supernatural' Journey On Podjiba Ends! | New 'No Time To Die' Poster Dropped, Trailer Release Announced →