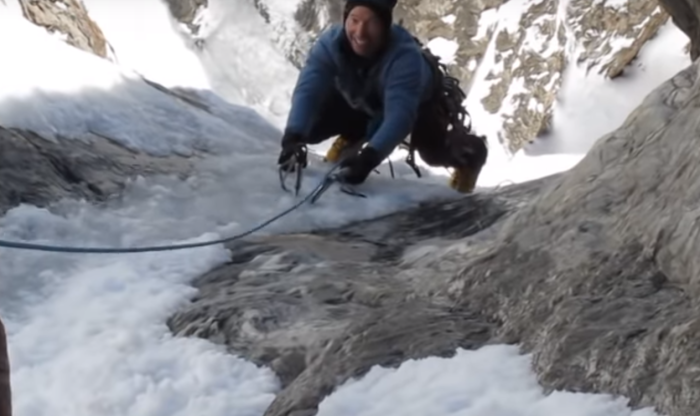 Free Solo, directed by Elizabeth Chai Vasarhelyi and Jimmy Chin, was one of my favourite movies of the last few years, and probably the one that enthralled more than any other. Physically and emotionally. The story of rock climber Alex Honnold’s free solo ascent (no ropes, no harnesses, no nothing) of El Capitán, the intimidating 3,000 feet (914 m) slab of granite in Yosemite National Park, had me absolutely squirming in my cinema seat. There are sequences so mesmerizingly vertiginous and dizzyingly death-defying, I was actually sweating and dry swallowing. But I felt a strange euphoria too. A mixture of emotions I still haven’t been able to put to words. As Honnold climbed high above the indifferent brush, his life suspended in the void by a few chalked-up fingertips and a barely wedged climbing shoe, his friends chronicling what for all they knew could well be his last moments, I experienced an almost out-of-body experience. Cliches about the thin line between life and death abound in literature, movies, and pretty much everywhere else, but man, Free Solo is the one that really hammered it home for me, in a very visceral, immediate way. After the film ended, I wandered randomly at length through the streets, dazed, elated, confused. It’s an odd sort of high, and I get it to a certain degree anytime I watch free climbers or other people who similarly slink with a quiet confidence along the edge of nothingness, leaving way, way too much up to the roll of the dice. Like, look at this guy, climbing an ice sheet and encountering some fellow climbers along the way who offer him a rope in a tricky moment, only for the sheet to break off momentarily after. It’s like the dice hit the table and were about to settle, but one kept rolling and turning on its corner just for a second longer, unsure of which way it was going to land.

← 13 Actors You May Not Realize Are Series Regulars on CBS Dramas | Bond Producer Barbara Broccoli Says No to Female Bond, Yes to More Strong Female Characters →