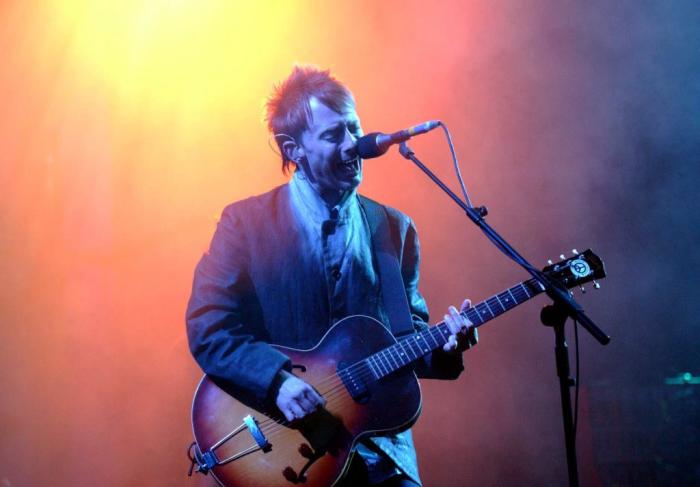 How Do You Cover An Uncoverable Song? Well, Like This.

Radiohead are one of the greatest modern (and, because my musical mind has long been calcified and old man-ish—way before even the first grey hair made an entrance on my temple—by ‘modern’ I mean ‘nineties and onwards’) bands. Even though I haven’t followed the lads from Oxfordshire too closely for something approaching or even exceeding two decades, those first few albums will forever remain some of my personal favourites of their respective musical eras. I respect the band immensely for taking the musical road they have taken since then, experimenting, exploring, daring and pushing boundaries along the way, but for me their pinnacle will always be the guitar-heavy efforts of ‘The Bends’, ‘OK Computer’, and to a lesser extent ‘Pablo Honey’. Admittedly, considering my own musical predilections, this makes sense, and many others may well make a compelling case for the band’s later, more electronica-based work.

Though my own personal favourite Radiohead album happens to be 1995’s ‘The Bends’, it’s its follow-up, 1997’s ‘OK Computer’, that is probably their masterpiece. A towering, zeitgeist-capturing work of pre-Millennium, late-capitalist tech-malaise, as well as a bridging work of sorts between their earlier and later sounds, ‘OK Computer’ still sounds amazing today—both somehow futuristic, and a document incredibly of its time. I remember reading a book a few years ago, called ‘Planet Simpson: How a cartoon masterpiece documented an era and defined a generation’, by author Chris Turner, which had an entire section dedicated to a tangent on how ‘OK Computer’ was only one of a few cultural works that managed to reflect its time as well as the golden age of The Simpsons did. It was a compellingly argued case.

The centrepiece of ‘OK Computer’ is the musically daring, six-and-a-half minutes long document of alienation, anti-materialism, and modern disaffection that is ‘Paranoid Android’. Lord knows I love a good cover version. One of the joys of appreciating good cover songs is seeing how artists take on the challenge of songs that would seem to be extremely difficult to cover. This is one such occasion, as the Radiohead epic belongs in my ‘nigh on impossible to cover, surely’ category of tunes. Well, cheers, Adam Barrett, for proving me wrong:


← Has a Sitting President Ever Lost a Primary Election? | 25 Things I Saw While Watching Grown Ups 2 That I Will Never Be Able to Unsee →