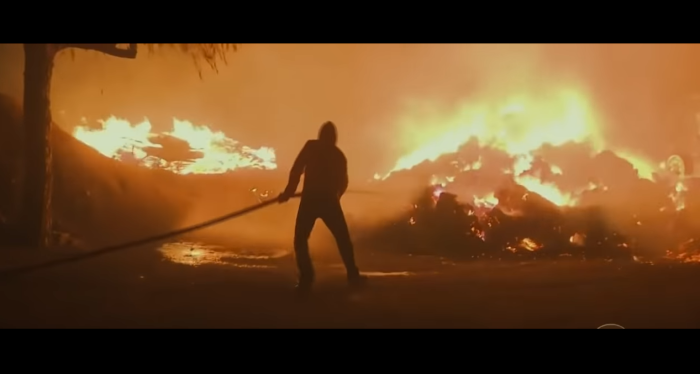 Holy Sh*t, Every US Political Ad Should Look Like This

In an effort to try re-build some of shattered foundations of my emotional wellbeing I’m taking a short break from politics at the moment. As a result I don’t really know much at all about this bloke, Colorado Sen. Candidate Andrew Romanoff, whose election ad we’re about to see in a sec. I know that he’s a Democrat, which, let’s be honest, in and of itself means sweet fu*k all when it comes to his values or ideology. Mind you, his Wiki page has a fairly promising sounding summary of his political views:

In announcing his candidacy for Senate, Romanoff identified the following issues as central to his campaign: support for making the Medicare health program, currently restricted to those over the age of 65, available to all; addressing human-caused climate change through a “Green New Deal” to promote renewable energy in place of fossil fuels; immigration reform providing a pathway to citizenship for undocumented immigrants; building “an economy that enables all Americans to thrive”; and reducing the role of special interest money in politics. As he has done in his past campaigns for Congress, Romanoff has pledged to reject contributions from special-interest groups.

Fine, cool. I’d personally consider that the base minimum for any decent politician, but still, when you consider the majority of his peers… Well, good on you, mate. Anyway you may have noticed that addressing ‘human-made climate change’ made a key appearance in that summary of Romanoff’s political positions. Somehow, incredibly depressingly, that is still a rare sight when it comes to political manifestos. When it comes to the single most pressing issue that humanity as a whole faces, you’re lucky if it gets a cursory mention. As we as a species stare down our near-extinction, as we inexorably slide down towards the point of no return, the vast majority of politicians available to us are still so firmly wedded to the status quo and morally and financially compromised as a result, that highlighting the supremely urgent, system-upending changes that we need in order to stave off the worst of the damage is still anathema to most of them. This ad, from Andrew Romanoff, which puts the incoming climate catastrophe front and centre, is the very least of what basically every politician needs to be doing today:

As a bonus, here’s part of a comment from Reddit user u/Paradoxone in the comments underneath where the video was posted on the r/ClimateOffensive subreddit, which ruminates on the efficacy of emotionally charged political messaging like the video above:

Though fear appeals have largely been the default emotional appeal to motivate prosocial behaviors, research indicates that other emotionally charged messages, like those using humor, may also be effective. We conducted an experiment to compare the effects of fear and humor appeals on climate change-related behavioral intentions and per- ceived risk of climate change. We randomly assigned young adults to view one of three videos about climate change (fear, humor, informational) or a control video. Compared to control, viewing the fear or humor appeal produced greater climate change activism intentions, but only the fear appeal directly affected risk perceptions. Mediation analyses highlighted tradeoffs for fear and humor appeals, and moderation analyses demonstrated an age-by-appeal interaction effect on intentions and perceived risk.