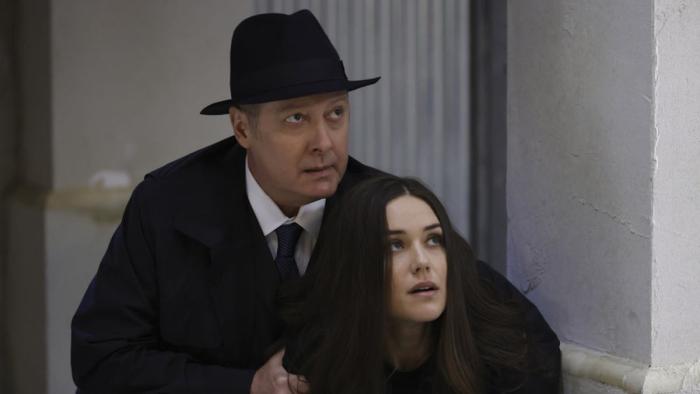 You Are The Worst, 'The Blacklist'

NBC’s The Blacklist aired its eighth season finale last night, and I know exactly what many of you are thinking: “The Blacklist is still on?” Yes, it is, and it’s coming back for a ninth season, to boot.

Like many of you, I watched the first season of The Blacklist because 1) it was a different era of television when occasionally the networks would squeeze out a decent drama, 2) James Spader is just that goddamn good, and 3) because of the compelling mystery at the center of the series: Who is Red Reddington, and what is his relationship to Elizabeth Keen (Megan Boone)? It soon became apparent, however, that aside from the weekly generic action-thriller episodes, The Blacklist was going to spin its wheels on the central mystery for years, and even James Spader isn’t that good (also, Ryan Eggold was killed off the series when he went to go do New Amsterdam). I quit The Blacklist like most everyone else early on, but just because no one we know watches it anymore doesn’t mean it no longer exists (see also: The Walking Dead, American’s Funniest Home Videos).

I am, however, still dying for answers to the series’ central mystery, and every once in a while, I’ll check back in on the series to see if it has finally given us an answer. I checked in again with last night’s season finale, and I thought for sure that this time would be different. Why? Because last night was also the final episode for Megan Boone, who plays Lizzie Keene. I suppose you can only work with James Spader for so long before the paychecks aren’t worth it anymore (from what I understand from interviews and behind-the-scenes accounts from The Office, Spader is a great actor and a decent person, but very eccentric). With Lizzie Keene leaving the series, however, I felt confident that her character would find out about her relationship to Reddington before she left.

Readers: I was wrong.

Let me tell you how Megan Boone was written out of the series, OK? I’ll remind you again that I have only seen two episodes since the first season, but it’s a network action procedural, so it takes about two minutes to figure out what’s going on based on context clues. This being the season finale, it’s apparent that the season’s big bad had just been taken out, which is a huge relief to Lizzie and Red. But there’s always another head to grow in its place. It also looks like Lizzie might have a little something romantic going on with Agent Ressler (Diego Klattenhoff), who is in the hospital recuperating from injuries sustained in taking out the season-long criminal mastermind.

Meanwhile, we learn that Red is dying from an undisclosed disease (why must the diagnosis also remain a mystery?) However, he’s being treated for it, and the treatment is going well. Nevertheless, Red concludes that the only way to protect Lizzie — who is now a fugitive herself — is to allow her to take his place as caretaker of The Blacklist. This would strike fear in various other criminal masterminds and make her valuable enough to the FBI that they wouldn’t imprison her. The only way to pull it off, though, is for Reddington to discontinue treatment and allow Lizzie to kill him in public and make a big show of it. If she’s the person that takes him down, Red surmises, she’d be able to rise above the danger. As we’ve known since the beginning, Reddington’s primary motivation all along has been to protect Lizzie, even if it means sacrificing himself.

Lizzie ultimately agrees on the plan in part because of the carrot Reddington has on his stick. He says that if she kills him and takes over as the caretaker of The Blacklist, he will give her a letter from her mother explaining everything, including Red’s relationship to her mother and Lizzie. He even shows her the letter, which is enclosed in an envelope and contains what I can only assume is the only reason anyone continues to watch The Blacklist. Lizzie, understandably, wonders why Red won’t give her the letter now. “Because if I gave it to you now, you wouldn’t be able to kill me,” he tells her.

The rest of the episode is excruciatingly belabored. It’s Red’s last day before Lizzie kills him, so they wander around New York with Lizzie’s daughter and eat ice cream and take in the sights. It goes on and on and on and on, and because I’m watching on the NBC app, I can’t even fast-forward through the commercials. What we also know is that Megan Boone is leaving the series, so she is obviously not going to kill Reddington. My assumption is that she will back out on the plan, take her daughter, and go into hiding. Before doing so, I wishfully believe that she will find a way to steal the letter and read the contents of it before she leaves.

That is not what happens.

Instead, Lizzie tries to follow through on the plan. After some sort of party celebrating Red at a restaurant, he sneaks out back where he finds Lizzie. She points a gun at him, but she can’t bring herself to shoot him. “I can’t do it,” she tells him. “I understand,” he says. “I don’t want to do it,” she tells him. “I understand,” he says. Then some rando character with whom I am not familiar shoots Lizzie in the back. Red shoots and kills the rando, and then Lizzie falls into Red’s arms. There is a three-minute musical montage in which we see her life flash before her eyes, and then she … dies. Does Red say something like, “I am your father,” as she passes away? He does not. With the authorities circling, Red flees without so much as a word, leaving Lizzie’s body behind for Ressler to take care of.

End Credits. That’s it. No answers. Not even an additional clue. Lizzie died never knowing why Red had devoted his life to protecting her, a job at which he ultimately failed. Presumably, however, Red will take on the responsibility of protecting Lizzie’s daughter, and will one day — after season 17 — explain to her his relationship to her mother and grandmother. When it finally happens, we will let you know.