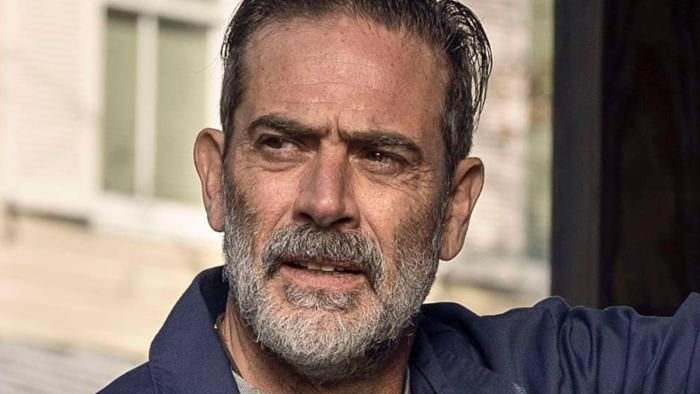 Yes, 'The Walking Dead' Is Still On, and Yes, It's Still Periodically Great

A friend asked me yesterday what I was writing about, and I told her, The Walking Dead, and she said what so many before her have said, “That show is still on?”

Yes, The Walking Dead is still on. In fact, it ended its tenth season last night after 22 episodes and, thanks to toe pandemic, 547 days. It officially embarks on its final season on August 11th with the first eight of 24 episodes, which will take The Walking Dead until the end of 2022.

That will not, however, be the end of The Walking Dead universe. The back half of season six of Fear the Walking Dead kicks off next weekend, and it’s already taping its seventh season. Meanwhile, the second and final season of the planned limited series The Walking Dead: The World Beyond will presumably air at some point this year, and there’s also a Rick Grimes movie that was supposed to start shooting this month, but I haven’t seen any indication that it actually has (AMC continues to insist the movie will happen, but there is growing skepticism).

Meanwhile, once The Walking Dead ends in 2022, it will launch a spin-off centered on Daryl and Carol, which I think is more or less a soft reboot of the series that will allow it to shed some cast (and production costs) now that the series is no longer the juggernaut that it once was.

How popular is The Walking Dead these days? That’s not entirely clear. It achieved nearly 20 million viewers with the season seven premiere, but the linear ratings have been in free-fall ever since — I think they’re in the 3-4 million viewer range now. On the other hand, its linear ratings still make it one of the — if not the — most popular show on basic cable. At the same time, linear ratings barely matter anymore, because The Walking Dead universe is bringing in new AMC+ subscribers and licensing agreements with streaming networks, and it continues to be a massive global hit.

It’s a bit like Grey’s Anatomy, too, in that it has continued to run for years after most of the original viewers have stopped watching, but it’s also picked up millions of more viewers over the years who watch it in vastly different ways than when the series began.

In any respect, the parent series just aired six “bonus” season 10 episodes, which were shot under strict COVID measures, which means they were much smaller in scale and they weren’t entirely necessary. They were sort of gap-fillers between seasons, which is not to say they were bad, but it is also not to say that they were great episodes, either. Of the six, two were terrible, three were pretty good, and one was outstanding.

The outstanding episode was the season finale, which aired last night, and was based on “Here’s Negan,” a stand-alone installment of Robert Kirkman’s comic series. It was a Negan origins story. Interestingly, the majority of The Walking Dead fans who have left the show since season 7 left because of Negan, although ironically, he’s also one of the major reasons those of us who still watch continue to do so. Jeffrey Dean Morgan is absolutely perfect for the role, but the previous showrunner, Scott Gimple, not only pushed the character too far but pissed off the fanbase with a dumb cliffhanger stunt and way overdid the death of Glenn (and Abraham). TWD was riding high at the time and thought it could do no wrong. The series quickly learned otherwise.

The new showrunner, Angela Kang, has spent the last couple of seasons slowly undoing the character assassination, which became all the more important when Andrew Lincoln left, leaving Jeffrey Dean Morgan as the show’s nominal lead (Daryl doesn’t speak enough to be the lead, and Carol has been in the same character-cycle for years). That’s awkward for the series since the nominal lead and one of the show’s most popular characters is formerly a supervillain, and not just any supervillain, but a pretty f**ked up, mass-murdering supervillain.

This week’s origin story, however, went a long way toward explaining why he ended up that way, and it had a lot to do with guilt, trauma, and shame. It’s a bad combo. He was cheating on his wife when she found out she had cancer; her chemo meds were spoiled because he forgot to turn a generator back on, and his wife begged him to stay with her while she died, but he insisted on searching for more chemo for her. Some bad men abducted Negan so he didn’t get back to his wife with the meds before she took her own life. When he came home, Lucille was a zombie strapped to her own bed with a plastic bag wrapped around her face.

That might f**k a lot of people in the head. Negan mixed extreme denial with an extreme form of loyalty. If you were with him, he’d protect you. If you were not, he would kill you. And even if you were with him, he required unconditional fealty, less out of ego and more because he believed only he was capable of keeping his people — the Saviors — safe. He adopted his extreme personality for the same reason that, say, Ezekiel took on the personality of an old-school king. Seeing your entire world consumed by a zombie apocalypse is hard on the old psyche.

All of which is to say: The Walking Dead has never really been a show about grief, but grief is always manifesting itself within the series in different, often extreme ways. Negan, however, found a reluctant home in Alexandria and built some trust with the community (by saving their lives from Alpha), and even forged some strong relationships with some of the outsiders, with whom he felt a kinship. However, the return of Maggie, who still only sees Negan as the man who brutally murdered her husband, complicates things.

And that’s where we are now, heading into the final season. Alexandria is falling apart (and they are about to discover a new community that more resembles a pre-apocalypse city), Negan is trying to maintain his place within the community, and Maggie wants him dead. It should make for a great final season for those interested in jumping back in, although I understand that does not apply to most. I can’t help myself. There’s something about sticking with a series after everyone else has left that breeds extreme loyalty. It’s not that I can’t quit The Walking Dead; it’s that I have no desire to. Let’s just call it The Supernatural effect.


← HBO Max's 'Made for Love' Review: Horror in Comedy's Guise | Will 'Shameless' Drop a Deus Ex Frankina in the Series Finale? →