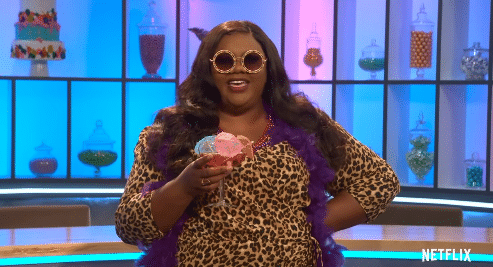 If you’re already a fan of Netflix’s anti-GBBO show, Nailed It! you’ll be happy to know that there are six new episodes available to watch. If you’re not a fan … Well, I don’t know what to tell ya. I laugh my ass off watching this show. But I do tend to relish the misery of others. There’s probably nothing more miserable than embarrassing yourself on television or having to eat terrible desserts. OK, obviously, there are things more miserable. But you should never have to make this face while eating sweets! 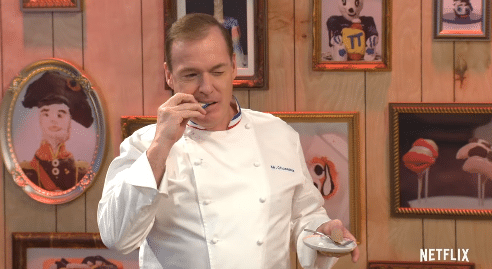 Everyone is back for season six. Emmy-nominated hostess with the mostest Nicole Byer, Master chocolatier Jacques Torres, and Wes, of course. This season’s guests judges included Wayne Brady, who proves once again, every show is made better by adding him to the lineup. Bounce Rapper Big Freedia in a fabulously sparkly ensemble gets everybody twerking. If for nothing else, I feel like you should check out the season for that episode alone. There’s also a cameo by everyone’s favorite Nailed It! guest judge, Jason Mantzoukas, among other super funny folks. Plus, for reasons no one can explain, Jack McBrayer (best known as Kenneth The Page on 30 Rock) shows up as a surprise contestant! He is hilariously inept in the kitchen and it makes me love him more.

They also try a few new things this season. There’s a pie challenge for the first time. That ends about as well as it could have. There is also a set of twins who compete against each other. There’s an episode that ends in a three-way tie, which has never happened before on the show. Some of the more fun themes included the “Paranormal Pastries” episode where Jack McBrayer and two other contestants make monstrous candy apples and a giant, Loch Ness monster cake. There’s also an homage to achievements in Black History and the celebration of secondary holidays that gives us this gift of a mess: 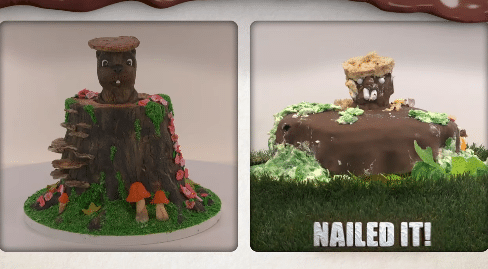 I think my favorite is this cake detail from the third episode that is meant to be Jacques Torres hiking up a chocolate waterfall. I don’t see it: 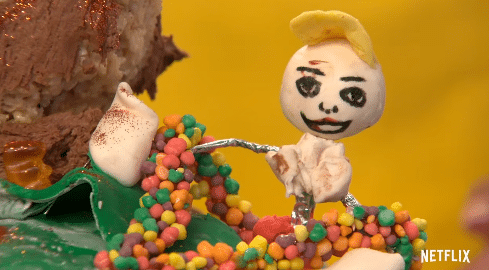 Sometimes I feel bad for the bakers on this show. They’re all awful. It feels like they really went above and beyond finding the worst folks ever for some of these episodes, too. Like the lady who has to be stopped from putting a metal bowl in the microwave. And the guy who thinks you’re supposed to bake beans INTO your pie crust instead of using them to weigh it down in the oven when it pre-baked. Mmmmmmh beany pie. No.

As usual, even when it’s awful, there’s a lot of laughter and, at her meanest, it’s hard to hate Nicole for telling them the hard truth when they try to poison her with undercooked cookie dough. AGAIN.

All of the season six episodes are available now to stream on Netflix.

← Was Patrick Dempsey Really a McNightmare on the Set of 'Grey's Anatomy'? | Jeffrey Dean Morgan's Son, Gus, Makes a Cameo Appearance on This Week's 'The Walking Dead' → 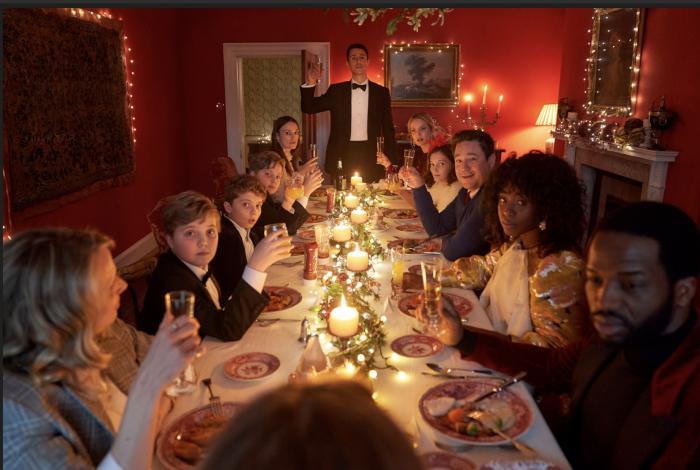