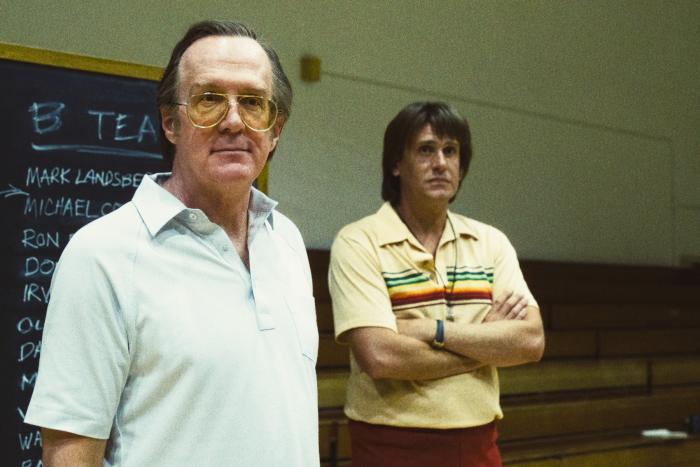 This week’s episode of Winning Time was an interesting one to research because there’s honestly not a lot of information online about what happened to Jack McKinney between the time of his tragic bike accident and when he resumed coaching again the following year for a different team. Basically, I wanted to know if Paul Westhead really backstabbed Jack McKinney, or if all of the tension in the episode could be chalked up to Adam McKay’s dramatic liberties.
The answer lands somewhere in between.
In this week’s episode, Jack McKinney’s best friend and assistant coach, Paul Westhead, goes on a killer run of wins as interim coach with the Lakers and his new assistant coach Pat Riley. Going into the All-Star break, the Lakers are dominating and poised to potentially win the NBA Championship.

The rub, however, is this: Jack McKinney, the Lakers coach who designed the system that Westhead and Riley are using before he got into a bike accident that put him in a three-day coma, is almost ready to come back to the team. When he comes back, he plans to fire Pat Riley because a team doesn’t need two assistant coaches, and he also feels that Riley is undermining him. Riley is also using Spencer Haywood in ways with which McKinney does not agree because Riley is trying to build Haywood up as trade bait.

Westhead, meanwhile, is caught in the middle between his best friend who got him the job in the first place and his allegiance to Pat Riley, not to mention the fact that Westhead has gained some confidence in the position and wants to win a championship as the head coach himself. Riley continues to publicly undermine McKinney, and all of this tension creates a lot of internal stress for Westhead, who ends up in the hospital after passing kidney stones. In the hospital, Westhead tells McKinney that he thinks it’s best for the team and everyone else involved not to change horses midstream and that Westhead and Riley should stay on for the rest of the season.

An enraged McKinney belittles the hell out of Westhead (“I picked you [as my interim replacement] because you’re not capable of more … this is my life’s work you want to take away from me, you f**king dilettante”). As the episode ends, Westhead has clearly decided he wants to fight for the job, although Jerry Buss has not made a decision on whether McKinney will resume coaching duties or if he’ll stick with Westhead.

Back in the real world, most of the stories about Jack McKinney are about his tragic bike accident and what he did afterward: He coached the Indiana Pacers the following year and won Coach of the Year before his career began to take a nosedive and he was drummed out of the NBA and began teaching clinics while trying unsuccessfully to catch on as an assistant coach somewhere else. The bike accident had clearly affected his mental faculties — his memory began to go, and when he died at 83, his death was attributed to the long-term effects of that accident (you can read his NYTimes obituary here). McKinney would also express some disappointment in subsequent years about how that accident potentially robbed him of five or six rings as the Lakers coach (a sentiment even Pat Riley, who would win four rings as head coach of the Lakers, would agree with).

It is difficult to find information about what happened between the time that McKinney left the hospital and began coaching for the Pacers the following year. One article in Sports Illustrated from May 1980, however, suggests that Winning Time captures the gist of what happened.

McKinney did want to return even before the doctors cleared him, and Jerry Buss kept delaying a decision about whether to reinstate McKinney or continue the season with Westhead as coach. It’s worth noting that Westhead and McKinney were as close as the series suggests — Westhead was the only person from the Lakers organization allowed to visit McKinney in the hospital, and that’s only because McKinney’s wife lied and said Westhead was his brother (in the years prior to the accident, the McKinney and Westhead families (including their children) were practically inseparable).

Westhead, initially, insisted that he’d never take over as full-time head coach and that he was only there to “water the plants” until McKinney returned. However, after McKinney continued to win, the equation changed. At one point, Buss offered to make them co-coaches but withdrew the offer when McKinney jumped on it. The truth is, if the Lakers had not continued to win, McKinney would have been able to return to the bench. But that’s not what happened.

In the end, Buss kept delaying the decision until the Lakers were poised to make the playoffs, at which point even McKinney agreed it was too late to bring him back. Buss thus decided to keep Westhead and Riley and kick the ultimate decision about McKinney until the offseason, at which point Buss let McKinney go and gave Westhead the full-time gig. Buss, for the record, didn’t think the decision was that difficult (and I love reading this quote in the voice of John C. Reilly): “Everybody keeps telling me I’ve got a terribly difficult decision,” he says, “but I love having to make that decision. It’s like having to choose between Kareem Abdul-Jabbar and Wilt Chamberlain as your center — how many mistakes can I make?”

Things were never the same, however, between McKinney and Westhead.

During the latter stages of the season, he was reduced to occasional scouting assignments; he doesn’t go to Laker practices, doesn’t visit his office, and his contact with Westhead—except for scouting reports—has tapered off to almost none at all. “We’ve never discussed anything,” says Cassie Westhead of this cooling period, “even though we’re all very aware that our futures are going to change because of what’s happened. We don’t see the McKinneys as much as we did, and that’s been a kind of unspoken decision by the four of us. I think because our relationship is deep, we’ve avoided making it awkward for each other. They can’t share our joy over Paul’s success, of course. And how many times can you say you’re sorry for the way things turned out? When you get past the reason for it, you have to accept the fact that for us it’s been a dream come true.”

That quote was from 1980, before the NBA Finals, but other sources have also suggested that the relationship between McKinney and Westhead soured and remained strained long after the 1980 season.

As for Spencer Haywood? He wasn’t traded from the Lakers, but he did battle a cocaine addiction that season and was kicked off the Lakers during the NBA Finals after he fell asleep during practice. That should help make for an interesting finale. It’s also worth noting that Haywood was married to supermodel Iman during those years. This is her in 1980. 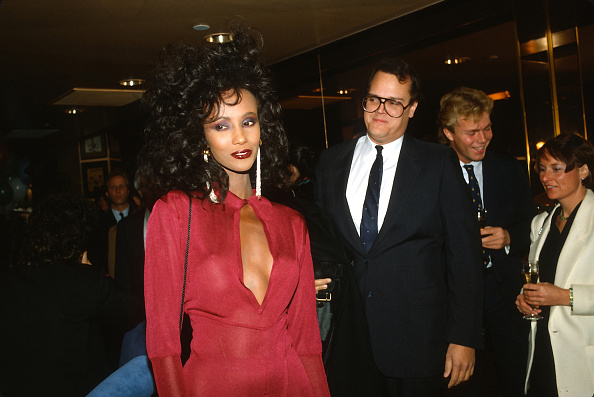 
← Have the 'Fear the Walking Dead' Writers Completely Lost Their Minds? | Prime Video's 'Outer Range' Is a Goddamn Television Masterpiece →