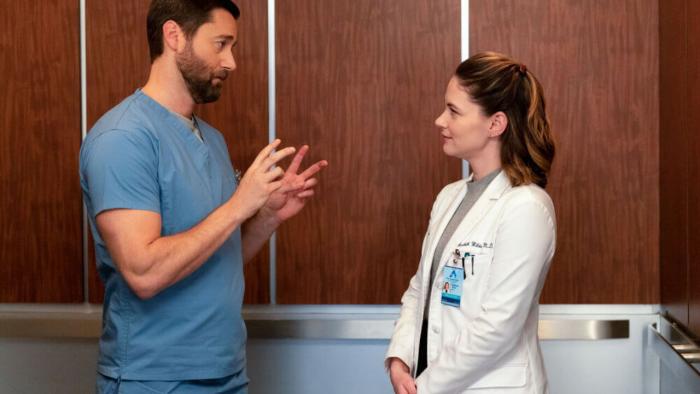 The tension in much of the fifth and final season of New Amsterdam has largely existed in the Sharpwin fan community. Yes, there is a New Amsterdam fan community, yes there has been tension, and no: This is not the hospital show with the guy from Gilmore Girls.

At the end of last season, Dr. Helen Sharpe — played by Freema Agyeman — abandoned Dr. Max Goodwin (Ryan Eggold) at the altar. In Friends terms, it’s like Rachel stood up Ross at the altar even though they are #endgoals because Jennifer Aniston decided to leave the show in the second-to-final season. That’s what happened here. Sharpe and Goodwin have been dancing around each other even a little before Max’s first wife died, and suddenly, after four seasons, it’s not going to happen because a cast member has left the series (there was no controversy surrounding her departure — Agyeman was just “ready to move on.”)

In the fifth and final season, however, after Max nursed his heartbreak for a couple of episodes, he clearly began to develop feelings for Dr. Wilder (Sandra Mae Frank). They shared looks. He learned to sign so that he could communicate without Wilder’s signer, they went on runs together, and they comforted each other through medical scares. They’ve done a lot of bonding, and they are very cute together.

However, the Sharpwin fans — who sometimes seem to confuse a television show for reality — have expressed disappointment that Max has moved on and often make a point of stressing how little chemistry Max and Elizabeth have (not true). They believe that Dr. Sharpe has been screwed over, and they believe this even though Helen and Max’s relationship was, at times, deeply toxic. Shippers gonna ship.

This all seemed to come to a head in this week’s episode of New Amsterdam, a long day at the hospital that began with Max and Elizabeth bringing each other coffee (awwww, adorable) and ended with the two high-fiving and flirting over spreadsheets.

And then it happened.

“Dinner?” Max writes on the laptop the two are using to talk to each other.
“Yes. Starving!” Elizabeth responds, before getting up to check out the take-out menus.
Max shakes his head no. “Let’s got out,” he writes. “Benihana?????”
Elizabeth looks confused. “Like a date?” she signs. And then writes it out.
Max thinks it over for a second. “Uh, yeah. Like a date.
Awkward pause.
Awkward pause.
“No,” Elizabeth says flatly and walks out.
End Credits. 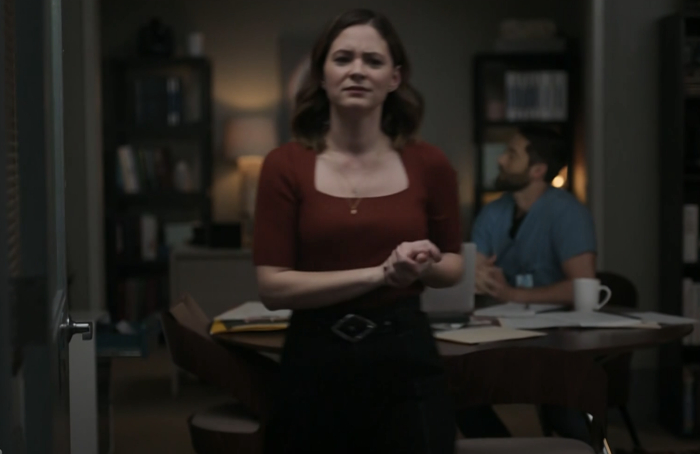 All that build-up over the course of the season only for Max to get shut down in a most uncomfortable way. Why? Is Wilder reluctant to allow romance to get in the way of their friendship? Is she somehow protective of Dr. Sharpe? Or has New Amsterdam been screwing with viewers all season long, knowing that Freema Agyeman might still return for the series finale in January to appease all the Sharpwin devotees? We’ll soon find out. There are only five episodes remaining, including next week’s two-episode fall finale.