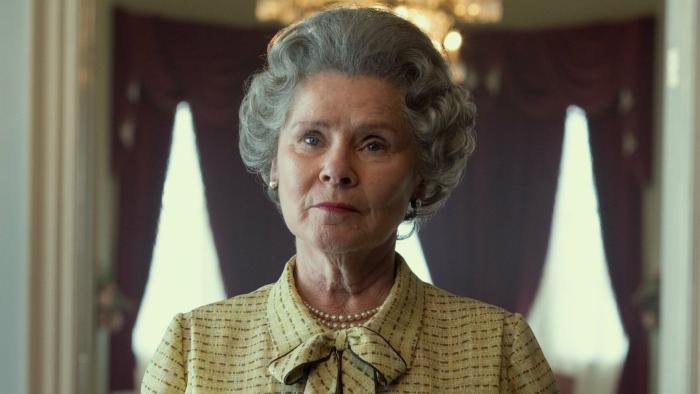 Why Are People So Mad About ‘The Crown’ Not Being 100% True?

This week, the fifth season of Netflix’s The Crown premieres, and expectations are, as always, high. This era of the multi-award-winning drama sees a new cast playing the House of Windsor, including Imelda Staunton as the late Queen Elizabeth and Dominic West as the new King Charles. The season tackles the ’90s, a tough era for the British monarchy thanks to multiple divorces, Princess Diana’s fight against the establishment, and the growing sense that maybe it’s not a great idea for a nation to have an unelected head of state.

I reviewed the season for The Wrap (shameless plug) and found it to be solid stuff. If you know the show, then you’ll be aware of how little it truly rocks the boat. Showrunner Peter Morgan is not a far-left republican hoping to take down the system through his expensive TV show. He’s always had an evidently sympathetic focus on the Windsors. No matter how cold or callous their actions are depicted as, such as the evident cruelty towards a young Princess Diana in season four, Morgan always brings the audience’s attention back towards their emotional struggles. I’m not sure if Morgan is a proud flag-waving monarchist but it wouldn’t be tough to come to that conclusion through watching The Crown. Hell, Spitting Image is more anti-establishment. So, what the hell is it about this series that has so many people furious?

The past few weeks of pre-release coverage of The Crown have been mired in controversy. Multiple celebrities, from Judi Dench to John Major, the latter of whom is depicted in the fifth season, have cried foul to the press about the series’ depiction of history. The British media, across the political spectrum, has decried it. The Guardian said the show was ‘so tasteless it’s enough to make the staunchest republican wince in sympathy for the royals.’ The Telegraph said that the show’s producers ‘should be ashamed of themselves - this is our King, our country and our constitution, for pity’s sake.’ Many have called for Netflix to add a disclaimer to the series, informing viewers that it is a fictionalized dramatization of real events rather than a documentary. It’s all been pretty baffling to watch unfold, especially if you are, like me, a Brit, an anti-monarchist, and someone who talks about pop culture for a living.


The questioned veracity of biopics has always been a topic of contention for viewers and creators alike. How faithful to the truth should such a narrative be? Is it even possible to be totally faithful to how things really happened? With a lot of this stuff, even in the most detailed retellings of history, we simply cannot know everything. History is written by the victors, yes, but it’s also written by the writers, and that means sympathies shift, things are omitted, and whoever wields the pen does the damage. Sometimes, that person is the one whose life is being told. We’ve seen how many modern musical biopics, from Bohemian Rhapsody to Rocketman to Elvis carefully smudge away the pricklier details of reality to tell a more cohesive and sympathetic story for whoever sold their life rights to Hollywood. Sure, you can tell a pretty faithful story of Elvis Presley’s life and career without mentioning how old Priscilla was when they first met, but what do you intend for the story to mean when you do so?

With The Crown, many of these problems are blown up to ludicrous proportions. The royal family is still here, still in power, and still garnering daily headlines. We have a new king, a new heir, and new discourse over the relevance of the monarchy in 2022. It’s a fragile time for the Windsors. Charles III’s popularity has long been inconsistent among the British public, something season five portrays well. Much of the work of being a royal is media-based, a constant fight to ensure the headlines as positive and general opinion does not waver as you sail through muddy waters. Indeed, one of the strengths of the fifth season is in how it depicts the particular labor of Charles and his team dealing with his post-divorce image while Diana reveals all to the press. And again, the show is not unsympathetic towards Charles. It shows him as cunning, yes, but savvy in a way that Morgan clearly believes the family needed at that time.

But therein seems to be the problem for many in the press, or at least those who have made it their problem. See that Telegraph headline? It’s a cry of faux-outrage on behalf of the King, an attempt to shoot first before the vast majority of audiences actually watch the season. The intention is clear: to make a fictional TV series seem like a personal attack as well as a national one. In an era of decreased media literacy, it’s a smart tactic. And a f**king ridiculous one.

"The show's producers should be ashamed of themselves - this is our King, our country and our constitution, for pity’s sake" | Writes Simon Heffer https://t.co/ofD0OXlwvG


To me, it seems insulting to the audience’s intelligence to constantly remind them that a television series full of actors and occasionally ropey dialogue isn’t true to life. We’ve made entertainment from royal drama for centuries. It is true that sometimes fiction can wield more power than history. Consider how many people think Macbeth was either fake or a true villain in history because of Shakespeare writing a play to appease his own King. We saw similar discourse with Blonde, based on a novel inspired by Marilyn Monroe’s life and image. I don’t mention this to dismiss the very correct criticisms of Andrew Dominik’s film, which seems far more interested in a fictional façade of Monroe’s existence than her true being. It’s not a bad idea or a creatively worthless one to use historical figures as conduits to explore contemporary concerns. That’s what art does. But it’s all about how well you do it, and how much to manage to capture the essence of the historical figure. Fans will forgive a lot if you’re able to portray that sense of truth over the exposition of it (which is one of the reasons I think Elvis is doing so well this year.)

Yet with The Crown, I’m not sure these concerns are the same thing. Here we have a show that is extremely pro-Windsors (the people, if not the institution), adding codas to the end of episodes to highlight how wonderful their charity work is. It takes the cringiest moments of their real lives, such as the infamous tampon phone call, and spins it as remarkably sympathetic towards the culprits. There is nothing about this show that feels like it’s intended to attack the monarchy, even when it creates obviously fictional scenes such as Charles meeting with John Major to discuss his future as King. Such moments are condensed approximations of a moment in time, a feeling among the country that would otherwise have been depicted as a boring news clip or whatever. This is what art does. It reimagines. It appropriates. It injects narrative into that which cannot neatly be summarized. Life doesn’t follow the arc of fiction. If we made fiction adhere to that, nobody would want to binge-watch 10 hours of TV in one go. We all know this. It shouldn’t be controversial to note that, yet The Crown seems to be an exception.

I think it’s quite obvious why. We’ve seen how public opinion can be swayed by media involvement. It’s how the Windsors retained their relevance and shifted stances across the world, from the rehabilitation of Camilla to Harry and Meghan’s palace rebellion. Many feared that the fourth season of The Crown would remind audiences of how terribly the royal family treated Diana, and it did. But so has everything in pop culture for about three decades. But this is the impossible bind of monarchy: how do you portray yourself as being relatable, one of the people, when your entire existence rests upon the idea that you’re ordained by God to be better than everyone else?

If the new season reminds us of darker moments in their history, it’s not more or less damaging than looking up their Wikipedia articles. To pretend that this particular show has a destructive agenda and should in some way be censored is obviously not the stuff of democracy. It’s also an astonishingly ignorant reading of a show that wears its respect for the Windsors on its sleeve (come on, you think a show casting DOMINIC WEST as Charles is a hit-job?!) You can’t help but wonder who such a narrative is being pushed for and why.