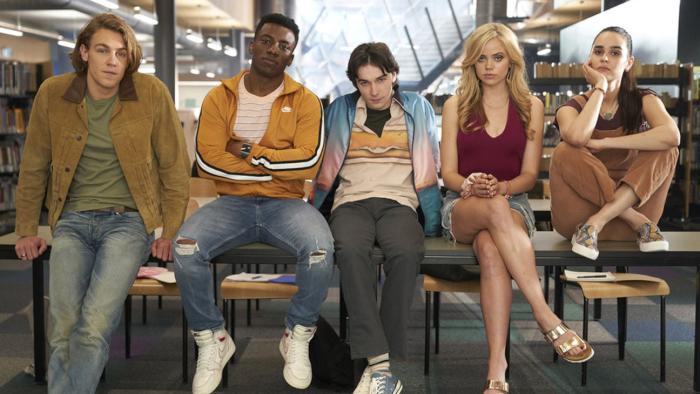 When I originally reviewed Peacock’s One of Us is Lying, I mentioned that I’d previously read the entertaining Karen MacManus novel upon which it was based, but that it was so slight I’d completely forgotten how it ended. To that end, after finishing the Peacock series and seeing that it was clearly set up for a sequel season, I decided that it would be a good time to read the next book. I pulled it up in my Audible account only to discover that it was already in my library and that I had already read it.

These books are cotton candy; they are delicious, but they dissolve instantaneously. Likewise, I decided to write about the ending of the series minutes after finishing it before it dissolves from my mind, so 1) Spoilers for the first season ahead, and 2) this is another one of those posts we occasionally write designed for the search-engine gods, which all the sites do, but I feel dishonest if I don’t at least provide that disclosure.

Jake did it. I mean, of course, Jake did it. He’s the popular white guy beloved by parents but also has a violent temper and an insecurity complex. I mean, look at the guy. He even looks like the villain in an ’80s high-school movie. 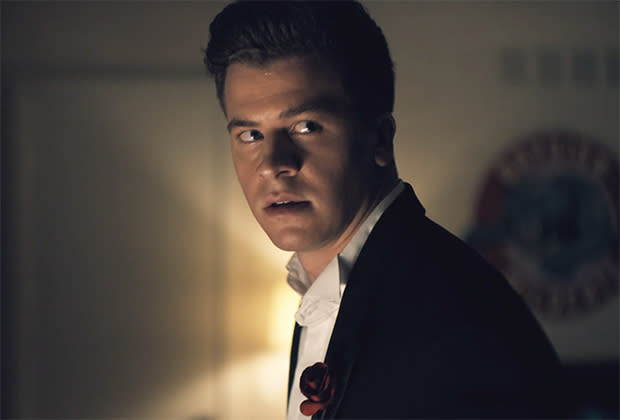 The reason why it isn’t obvious that it’s Jake from the beginning is because of the clever but misleading title of the show/book. One of Us Is Lying suggests that the killer is among the four central characters, each of whom had their own motives for killing Simon. They are the “us” referred to in the title. The first half of the series is so invested in implicating and then clearing the four principal characters that we’re not even considering characters outside of the group. We just want to know which of the four characters — each for whom we develop some sympathy — is the one that is lying and betraying the rest of the group. It turns out, they’re all lying about something, but none of the four are the actual killer of Simon.

Once it becomes more clear that none of “us” are responsible for Simon’s death and outside individuals start being investigated, Jake fades immediately into the background and doesn’t really resurface until the seventh (of eight) episodes, at which point it’s like, “Duh. It’s Jake.” But there’s another misdirect, too, because before it becomes obvious that it’s Jake, they introduce the idea that Simon took his own life. And he did. Sort of.

Simon and Jake were in cahoots. Jake wanted to get revenge on his girlfriend, Addy, for cheating on him, so he and Simon staged Simon’s death. Simon would drink from a cup that he laced with peanut oil (of which he is deathly allergic) with the understanding that an Epipen would be on hand to quickly resuscitate him, but not before implicating the four principal characters in his attempted murder. However, Jake absconded with all of the Epipens, so Simon actually died and the four are implicated in his actual murder.

In the end, however, Addy reconciles with Jake, but while hanging out at his house notices that his Xbox player name is associated with Simon, and they soon discover that Simon and Jake were working together over XBox to stage the attempted murder/murder. Jake finds out they are on to him during a Halloween party at his house; Addy runs into the woods with his Xbox. He gives chase with a gun, and the other characters follow them. During a scuffle, the gun goes off, killing Jake.

Cut to two weeks later, and the main Four have apparently hidden the body of Jake and staged it to look as though he fled to Mexico to avoid prosecution. In the closing seconds of the season, the Main Four (now five with Simon’s best friend) basically get an “I Know What You Did Last Summer!” text from someone telling that to do as he/she says, or he/she will rat them out, setting up the second season.

If there is a second season, which has not yet been greenlit, it will probably be based on McManus’ sequel novel, One of Us is Next, which picks up a year after the events of this novel, centers on Bronwyn’s little sister, Maddie (who is a minor character in the first season) and involves a game of Truth or Dare. It does also catch us up on the Main Four, too, so if you want to know what happens to them, read the novel (don’t confuse it with the other MacManus novel, Two Can Keep a Secret, which is no way related to the characters in this series).

← Who is Yoo Young-chul? Netflix's True Crime Series 'The Raincoat Killer: Chasing a Predator in Korea' Explained | Review: 'Dune' Is a Spectacular Complement to the Novel But Can't Stand On Its Own →