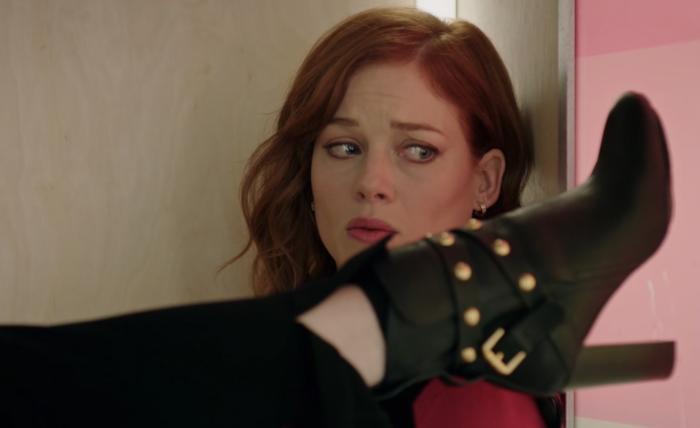 Hello! If you’re anything like me, perhaps you also have been enjoying Zoey’s Extraordinary Playlist on NBC! The show, which centers on a young programmer in San Francisco (Zoey, played by Jane Levy) who can hear other people’s thoughts as represented by budget-busting musical numbers (seriously, how much do they spend on music licensing?), has so far provided an entertaining, heartfelt distraction from the world that’s doing its best to fill the Crazy Ex-Girlfriend-sized hole in my TV-viewing heart.

That said, the show also brought up a few questions, which I’ve done my best to answer for myself. So, in the event you have some similar questions, perhaps you’ll find this guide useful!

Okay, where have I seen this cast before?

Well, Jane Levy you might know from Suburgatory, or more recently, Castle Rock or What/If. Her BFF/potential love interest, Max, is Skylar Astin, who has been in basically every show or movie that involves singing, including the Pitch Perfect franchise and Crazy Ex-Girlfriend, while her other potential love interest, Simon, is played by John Clarence Stewart, who was also in What/If, as well as Luke Cage. Zoey’s neighbor/new friend/guide to the world of music, Mo, is played by Alex Newell, who was in Glee.

So what are the rules around Zoey’s powers? It seems like they keep changing?

Excellent point/question! Zoey’s powers do, in fact, seem to be evolving from episode to episode. But to briefly track it, she first hears everyone nearby breaking into song (as they dance around her in the streets of San Francisco). The songs soon become focused on one person at a time, which gives her an opportunity to provide help or, in the case of her father, speak for him, as he is unable to communicate himself. By the third episode, the music begins to follow her around until she intervenes in the situation (in this case, helping her boss), conveniently allowing her powers to coalesce around a nominal case-of-the-week (and also allowing different cast members to take center stage in the singing department).

That office Zoey works in is super cool, but where does that one staircase go?

You know what, I’ve never thought about that, but let’s see what it looks like: 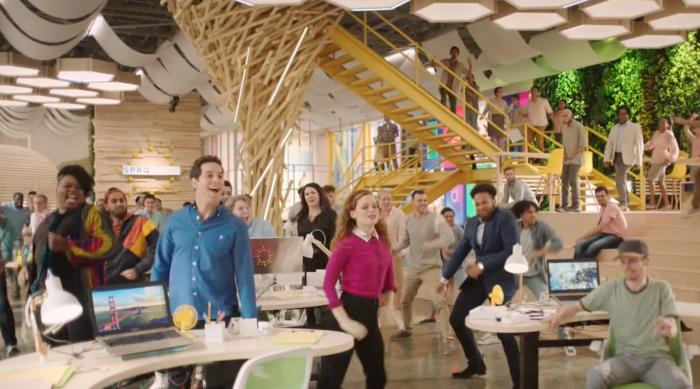 That’s weird. I don’t think there’s anything up there.

Do you think everyone on the show is actually sing—

Hang on, I’m not done with this staircase thing. Seriously, what’s up there? Let me see if I can find a different shot. 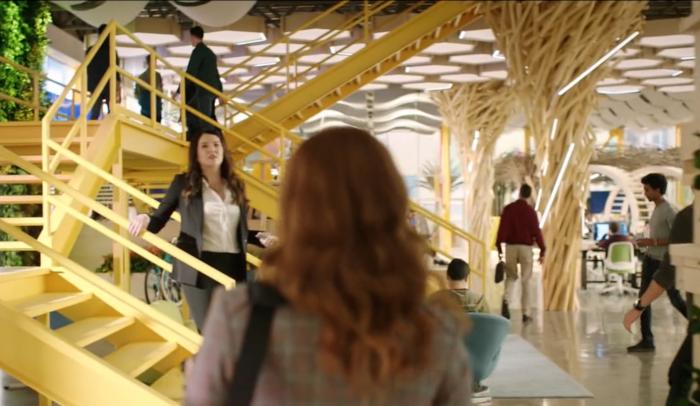 Hmm… from this angle it definitely looks like it just kind of goes into that weird bird nest tree fixture that definitely can’t be load-bearing? But what would be up there? There’s no evidence that there’s another floor up there, or anything really, other than the soundstage lighting grid totally cool and normal office lights.

But is it possible that these stairs would just be there for the maintenance staff to go up and adjust the lighting? Or could this be where the show is hiding its answers, waiting to be discovered?

Why are you doing this?

Oh, hello! You must be new.

Okay, let’s really dig into this. Zoey received her powers due to an earthquake. An earthquake is a natural disaster. What do insurance companies call natural disasters? Acts of God. And what song in the last episode heavily featured the staircase to [question mark]?

I mean, I think it’s pretty obvious what the show is trying to hide from us, and on top of that, using flashy musical numbers to distract from the tru— hey, wait, where are you going? Oh, are you going to go look for more clues? Okay, me too, then we’ll totally meet back here to compare notes. Cool? Cool.

← Kevin Feige Almost Quit Marvel Over Lack of Representation, So, Uh, Where Is It? | The Best Streaming British Crime Thrillers →