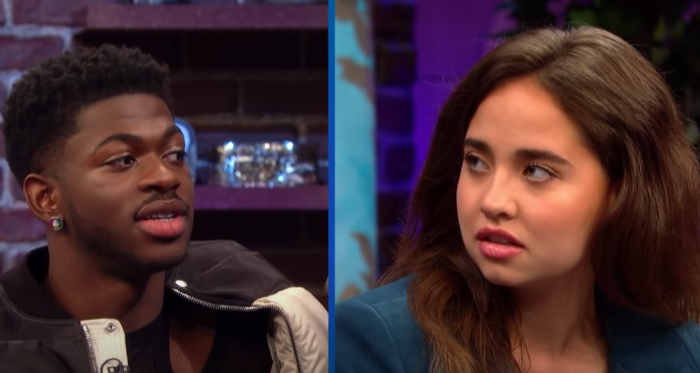 What's the Deal with Lil Nas X Being in an Episode of Maury Povich's Show Next Week?

This video was floating around the Internets yesterday, and you might have spotted it. It’s a preview for an episode of Maury next week in which Lil Nas X’s discovers that his boyfriend is in a relationship with a woman who is apparently pregnant with his child. It’s typical old-school Maury with a paternity test and everything.

I’ll concede I was confused by the preview. Is this real? What is going on? It didn’t take long to uncover what looks to be an expert troll job. If you watch the preview again, you’ll hear a snippet of the Lil Nas X single, “That’s What I Want.” If you search out the video of “That’s What I Want,” you’ll see that it also stars dancer Yai Ariza, the same man in the Maury preview, who is apparently the real-life ex-boyfriend of Lil Nas.

The same woman in the Maury video also appears in the “That’s What I Want” video, which sets up the scenario that takes place on Maury: Lil Nas and Yai Ariza are infatuated with one another, but when Lil Nas shows up at Yai’s house, he finds a woman with a child.

The question now is whether Billy Porter — who appears in the music video — will also make an appearance on Maury. Also, do the youths who buy Lil Nas’s albums even know who Maury Povich is?

Either way, “That’s What I Want,” is a banger and it appears on Lil Nas’s latest album, Montero.


← First Looks: 'How I Met Your Father' and the 'Sex and the City' Sequel Series, 'And Just Like That' | Busy Phillips Calls Out that Instagram Post Posted by Former Friend, Chris Pratt →