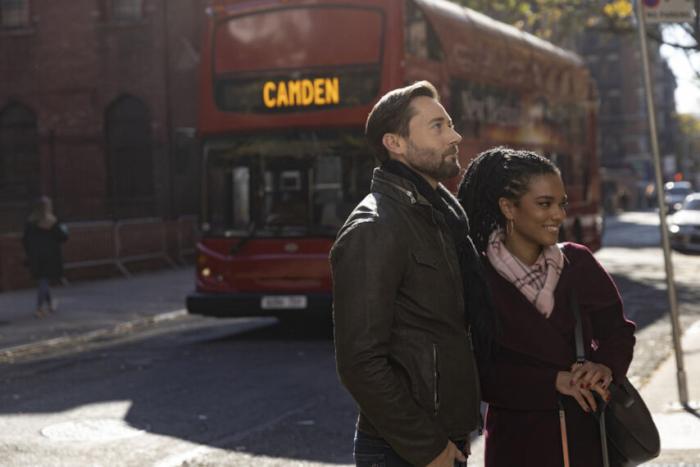 What's Going on with NBC's Erratic Scheduling of 'New Amsterdam'?

For those watching New Amsterdam, now in its fourth season, it’s been a solid year for the NBC medical drama. Max (Ryan Eggold) left his position as medical director of the hospital to be with Dr. Sharpe (Freema Agyeman) in the UK. A new soulless, bureaucratic director, Dr. Veronica Fuentes (Michelle Forbes), took over and undid all of Max’s positive changes and fired Dr. Bloom (Janet Montgomery), who was on her way out anyway. Dr. Floyd Reynolds (Jocko Sims) resolved his open marriage dilemma, I think, after his girlfriend/his boss’s wife, got pregnant; the new medical director forced therapist Dr. Iggy Frome (Tyler Labine) to start seeing patients again; and the hospital brought in a deaf doctor, Dr. Elizabeth Wilder, played by a deaf actress, Sandra Mae Frank, and she has been an absolute delight and a welcome addition to the series.

More recently, Max has decided to at least temporarily return to New York and save New Amsterdam from the soulless bureaucrat. That meant in this week’s episode that he decided to bring in several of the doctors, nurses, and administrative folks who were fired from New Amsterdam to work in an urgent care facility so that Max could secure a seat on the board of New Amsterdam and ax Dr. Fuentes. It’s a fun, soapy twist to go along with the usual array of heartwarming and devastating medical cases of the week. Oh, and earlier this season, the show also officially killed off Dr. Vijay Kapoor — the actor who played him, Anupam Kher, left during the pandemic to care for his wife, who had been diagnosed with cancer (Kirron Kher, a longtime actress who is now a member of India’s parliament and a judge on India’s Got Talent, has since returned to work and appears to be doing well).

What gives? I’m glad you asked! There’s a good reason why the series won’t air next week — the State of the Union address will be on. Beyond that, however, NBC will fill the gap until April 19th with a new drama designed to take advantage of the This Is Us lead-in before it’s gone (this is the final season of the series). Renee Zellwegger’s true-crime series, The Thing About Pam, will air in that slot. Aside from the completely unnecessary decision to cast a thin Renee Zellwegger and put her in a fatsuit, the show — based on the 2011 murder of Betsy Faria — looks promising.

In the meantime, and for the next nearly two months, you’ll have to settle for Instagram stalking the cast.


← Bullet Points: A Netflix Cancellation, 'Inventing Anna,' and a Game Show for Celebrity Stalkers? | I Can't Stop Thinking About Poirot's Tragic Mustache Backstory in 'Death on the Nile' →