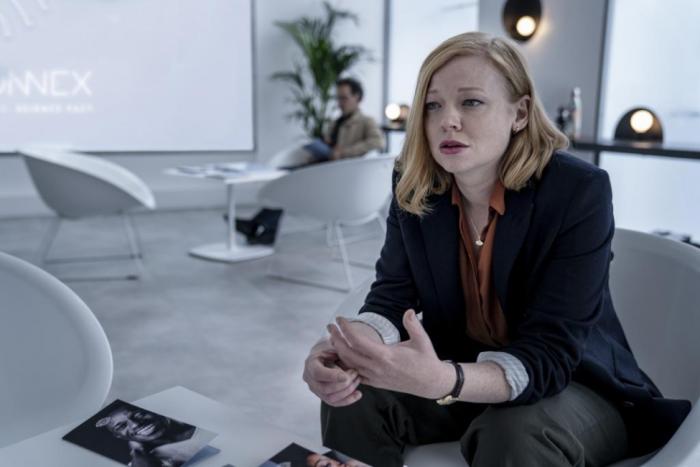 A Priority List: What You Should and Should Not Be Watching on TV Right Now

Television is in a very strange moment. Because of the pandemic, there’s not as much new television as usual, but there’s also still plenty enough to keep us occupied. However, because of what is going on in the rest of the world — the pandemic, an upcoming election — people aren’t paying any attention at all to what’s on television. Personally, it still means a lot to me, and I need a good 1-3 hours of TV each night to wind down from the political news cycle, so I still value a great show.

With that in mind, we have reviewed quite a lot of TV in the past 4-6 weeks, and it might be difficult to keep it all sorted, so for those who might need it, here’s a quick post to help you prioritize.

What You Definitely Should Be Watching

Ted Lasso (Apple+ TV) — Coach Taylor crossed with Leslie Knope on the most heartfelt show of 2020. We have recommended this show to everyone we know. No one has been disappointed.

Cobra Kai (Netflix) — One of the Best New Shows of 2018 when it was on YouTube TV is now on Netflix, and like Ted Lasso, it is the heartfelt, comfort TV we need right now. It’s not just nostalgia (although, there is some of that, too); Cobra Kai is also a terrific, underdog, crowd-pleasing character-driven story that you can binge in very short order.

Julie and the Phantoms (Netflix) — It sounds like Julie and the Phantoms fits within the feel-good brand of television show that so many of us are currently seeking, at least according to Mae’s review. “The series, which is based on a 2011 Brazilian show, is heartfelt, cheesy in the least cringey way possible, and full of fantastic music and performances that will leave you tapping your foot and high from the sheer joy that the show brings to the table.”

Good Lord Bird (Showtime) — Starring Ethan Hawke, and based on the 2013 James McBride novel, Good Lord Bird is not that historiography of abolitionist John Brown that you might think. It’s funny and entertaining, and quick-paced, and heavily inspired by Mark Twain, Quentin Tarantino, and the Coen Brothers. I am absolutely adoring it.

Pen15 (Hulu) — If you liked the first season, there’s no reason in the world you won’t love the second season, writes Kristy. “Often, it’s hard to top the first season of a high-concept show, because no matter how good the gimmick, the surprise of seeing it in action wears off. This is not the case for Pen15. Season 1 is an introduction not only to the concept and characters but also to the brilliant and bizarre minds of Erskine, Konkle, and Zvibleman. Season 2 is not about topping the first but about digging deeper into the feelings, fantasies, and side arcs.”

The Boys (Amazon Prime) — Most folks don’t need a reminder to watch the second season of this series, but just in case, Mae is as high on the second season as the first, and while I found it slow-going for a few episodes, it has picked up considerably in these last few weeks heading toward the finale.

These Are Really Good, Too

Soulmates (AMC) — I’m not putting this in the definite category yet because I have only seen one episode, so far, but I really liked that one episode, in spite of general hostility toward anthology series. This anthology series, however, was written by Brett Goldstein (Roy from Ted Lasso!), and the first episode stars Sarah Snook (Succession) and Kingsley Ben-Adir, who is very, very handsome. The first ep is a little Black Mirror-y, about a test you can take that can tell you who your true soulmate is, but what does it mean for happily married couples? Do you continue living in your happy marriage, or do you take the test and find out if there is someone even better out there for you? I don’t know if the subsequent episodes all revolve around that same technology or if they simply revolve around a theme of Soulmates, but based on the first ep, I’m definitely gonna stick around.

Fargo (FX) — I am not loving the fourth season, so far, but — despite the insane runtimes on these episodes — I will continue watching out of loyalty to Noah Hawley and that terrific cast. However, so far, the characters played by Jessie Buckley and Timothy Olyphant are the only ones that have kept my attention.

Raised by Wolves (HBO Max) — The series started out as an intriguing mess, steadily improved for much of the season, and then totally shat the bed as it approached the end. It’s been renewed for another season, and I imagine I’ll continue to watch it (because it’s fairly entertaining even when it’s bad), but it’s not particularly good TV.

Duchess (Netflix) — I love Kathrine Ryan, and it’s a short, quick and funny series that I enjoyed immensely, but I think I may have been an outlier.

The Third Day (HBO Max) — The HBO British import stars Jude Law and Naomie Harris (as well as a supporting cast that includes Paddy Considine, Emily Watson, and Katherine Waterston, among others), and honestly, I probably won’t know whether I like it or not until it’s over. I have watched four of the six episodes, and they were trippy and mysterious, but until I know what the hell is going on, I don’t feel comfortable offering an assessment beyond the fact that this show is weird and the performances are very good.

Next (Fox) — I watched the pilot episode of the new Fox series out of loyalty to Mad Men’s John Slattery, and I’ll probably watch a few more, too, to see where it’s going. So far, it’s okay: It’s basically a show about an artificial intelligence software program that gets increasingly smarter and seems to be electronically killing off anyone who endangers its ability to continue doing so. It’s a network show so I don’t have any big hopes for it, but the pilot was modestly entertaining.

Woke (Hulu) — The Lamorne Morris comedy has a great premise and a strong cast, but after the pilot, it struggles to live up to its potential. It’s not as insightful, provoking, or funny as it should be, but it is intermittently entertaining (and it’s fun to see Rose McIver out of her iZombie makeup).

The Murders at White House Farm (HBO Max) is not good; The Sounds (Acorn TV) is bad; Departure (Peacock) is real bad; and Ratched (Netflix) is wretched.


← Review: 'Vampires Vs. The Bronx' Could Be a New Family Favorite | Megyn Kelly Is Not a Good Person →