Denis O’Hare Better Have More to Do on ‘The Nevers’

We are now two episodes into The Nevers: Are you watching? Are you reading Dustin’s coverage? I agree with Dustin that Laura Donnelly’s Amalia True is potentially the series’ most fascinating character, because in a show rife with mysteries, she’s the most mysterious. All that stuff about her face not being her face, and her ability to shed her skin, and whatever “mission” she has been tasked with—Donnelly is just sardonic and self-possessed enough to pull it off.

But I must admit to you that there is one actor in particular who I was very excited to see pop up in The Nevers, and that person was not Donnelly. Yes, this might be where you call me a bad feminist, but: I pointed like Leo when Denis O’Hare showed up, and he has to be doing more on this show than just serving as a No. 2 henchman, right? 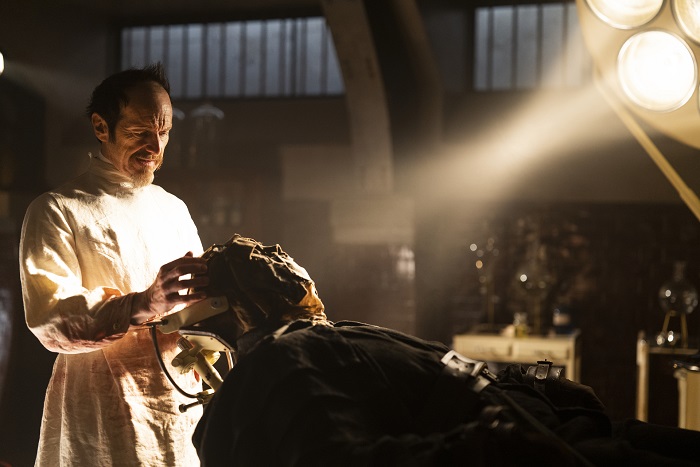 Because it’s DENIS O’HARE, YOU GUYS. Correctly identified by Vulture as one of the best 32 character actors working today, O’Hare is a chameleon. Sorry if that’s a cliché, but how else to describe a career as varied and expansive as his? O’Hare is exceptional at exuding moneyed haughtiness and mannered flamboyance, and of course, because of that, Ryan Murphy swept him up into the American Horror Story universe years ago. He was particularly great as Liz Taylor on AHS: Hotel, evoking the dramatics and derision of his namesake:

In the perfect movie that is Michael Clayton, O’Hare has a great part as Mr. Greer, the first guy we see George Clooney’s titular character working for as a fixer. Mr. Greer is an asshole, a man who blames everyone else for the fact that he’s just hit and killed someone in his luxury car, and fled the scene. He blames the city for how they paved the road. He blames the lights. He blames his wife. He blames the runner he just hit. He is arrogant and anxious and assumptive, and his performance serves as our understanding of who Michael Clayton is. Clayton is not going to back down to this rich, awful man who would rather lie and say his car was stolen then admit he’s just caused someone’s death. Clayton is not going to give into his goading about whether he’s really a lawyer, or what worth a fixer really has. His cool efficiency in the face of Mr. Greer’s abominable entitlement is the setup for the film’s perfect “Do I look like I’m negotiating?” conclusion because that payoff doesn’t hit without the initial villainy represented by O’Hare’s performance.

And of course, how could we have this conversation without mentioning True Blood? In the years since that show wrapped, I don’t think we can call it a good show, but I think we can agree it was a fun show, and a fair amount of that was thanks to O’Hare. As Russell Edgington, the vampire king of Mississippi, O’Hare always had exactly the right tone. He understood the absurdity of this show, and his performance was calibrated to match it. He was bloodthirsty, he was feisty, he was cruel, he was petty, he was deeply, deeply funny. Russell loved being a vampire, and was utterly unrepentant about believing that they were the master race, and he was consistently amused—and befuddled—by why so many vamps cared about Anna Paquin’s little ol’ Sookie. (Same, TBH.) Russell was a wonderfully pure villain because all he cared about was power (“Do you remember how the air used to smell? How humans used to smell? How they used to taste?”), and no action to obtain more power was too outlandish. Kill other members of the vampire elite, the Authority? Sure. Threaten Sookie? Why not! Rip out the beating heart of a news anchor live on television? I insist!

O’Hare delivered every line of Russell’s dialogue with a wink and a sneer; never forget his fantastic takedown of Evan Rachel Wood’s Vampire Queen of Louisiana, Sophie-Anne Leclerq: “I have known some of the finest queens who’ve ever lived. You, my dear girl, are no queen.” No subsequent big bad was better (witches: lame; Lilith: boring; vampire virus: eh), and if O’Hare is able to channel that same energy into The Nevers, I’ll be satisfied. Gaudy but ghoulish is O’Hare’s sweet spot, and if that’s where his Dr. Edmund Hague goes, great. Helping to kidnap young women, digging around in their brains, and then lobotomizing then into worker slaves is pretty fucked up, and O’Hare adds a little something to that character development with his delighted grin. I demand more! We have four more episodes to go in this first half of the first season, and if O’Hare isn’t in them, well, let me allow his AHS: Coven character Spalding to voice my reaction to that … 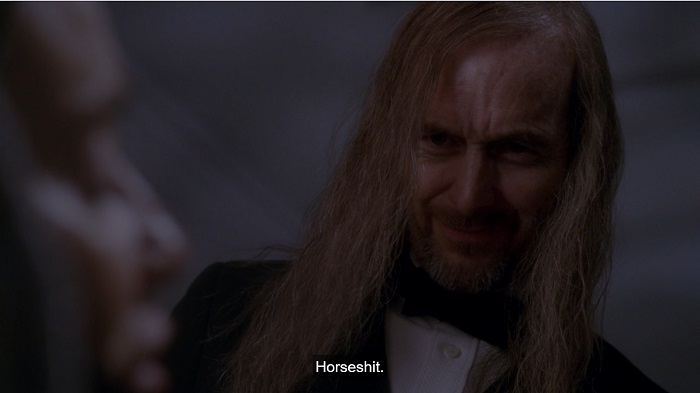 The Nevers airs on Sunday nights on HBO.

← Disney is Neither Woke, Nor Conservative, Just Capitalist | 'Cruel Summer' Is 'This Is Us,' But in the Bad Place (And Also Very Fun) →