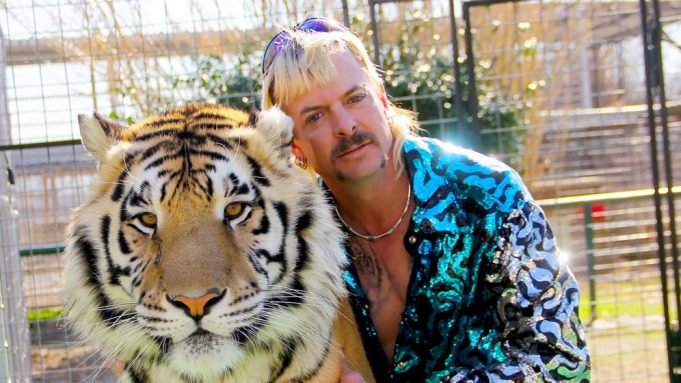 The fascination with Tiger King has faded, but the story is still unfurling offscreen. Since Netflix’s controversial docu-series wrapped, its eccentric anti-hero Joe Exotic has made headlines with outrageous lawsuits and a plea for presidential pardon. His shady business partner—and alleged co-conspirator—Jeff Lowe has made a fool of himself in a Reddit AMA. Now, Lowe is drawing scoring fresh attention over news that he’s closing Exotic’s zoo.

Formerly known as G.W. Exotic Animal Memorial Park, the zoo had been renamed Greater Wynnewood Exotic Animal Park once Lowe bought it from the embattled convict. Last night, the zoo’s Facebook page pronounced its closure to the public. Here’s the message that Lowe posted:

The Tiger King phenomenon has definitely changed our lives in many ways. It has brought us more attention than any human deserves, good and bad. It has, and probably will continue to make us a target of every nutjob and animal rights loon in the World, but we are prepared.

It has also provided us with an unfathomable source of income. Income that will guarantee the long term care of our animals and allow us to be very selective going forward.

As of today, we have decided to close the old zoo effective immediately.

Do the the permanent closure of the Wynnewood Zoo, I’m forfeiting my USDA exhibitors license.

The very agency that has given my facility five consecutive perfect inspections, has now folded to the pressures of PETA and continue to make false accusations against me.

Suspiciously, less than 24 hours after I contacted the USDA to voluntarily forfeit my license, they notify me that they are suspending my license for 21 days for a litany of falsehoods.
In the State of Oklahoma, exotic animal ownership is perfectly legal.

Rest assured that all the animals will continue to have excellent care, and consequently will no longer be subject to USDA inspections or PETA spies.

Our new park will, at least for the foreseeable future, be a private film set for Tiger King related television content for cable and streaming services.

This was in fact a decision that we made more than a month ago and was the huge news that we spoke about on Facebook a couple weeks ago.

So, thanks to all the people who have visited the Wynnewood Zoo over the years! We thank you all from the bottom of our hearts.
Effective immediately, we are closed to the public!

There’s an important piece of information left out of this post: Lowe is no longer the owner of this zoo. Joe Exotic’s rival, animal conservationist Carole Baskin, was awarded the zoo in June because of a trademark lawsuit, which was covered in the series. However, the judge awarded Baskin the land the zoo was on, not the animals still living within it.

Lowe was given 120 days to move the animals off the property. It seems within this span, Lowe was trying to squeeze out whatever profits he could, COVID be d*mned. However, the USDA forced this shutdown by suspending his exhibitor license as of Monday.

PETA officials said the photos showed that the lions were suffering from ‘flystrike’, a condition where flies, usually drawn to uncleared animal waste, bit other animals and laid eggs on them. Then, the hatched maggots eat away at the skin.

So what’s to become of the animals now? The license suspension is only for 21 days. Nonetheless, Lowe says he has “voluntarily forfeit[ed]” his exhibition license. Yet he still owns the lot of Exotic’s former menagerie. As Lowe posted on Facebook, he intends to move the animals to a new zoo, which will not be open to the public.

Lowe reckons this will keep the USDA and PETA out of his affairs, assuming that as a private owner of the animals he’ll be under less scrutiny. Yet he still intends to make “Tiger King related television content for cable and streaming services,” presumably employing some of the animals in these efforts.

Turning to Baskin, the animal rights advocate has responded to the news of Lowe’s suspension with a post on the Facebook page for her wildlife sanctuary, Big Cat Rescue:

So what happened to the animals from Tiger King? Those that belonged to Joe Exotic are in the questionable care of Jeff Lowe. For now.