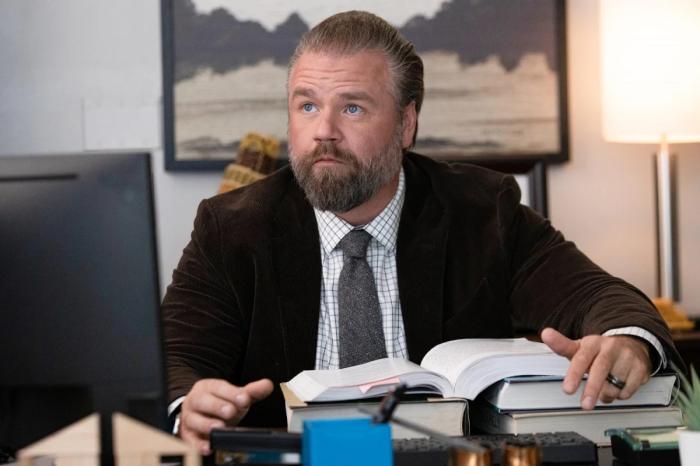 Tyler Labine Is So Very Good in 'New Amsterdam'

It’s network television premiere week, which means we’ll be checking in on a number of uncool shows that some of us continue to steadfastly cling to because we appreciate the staid, the familiar, and the comfortable. But there is also Abbott Elementary. The Quantum Leap reboot was a little too comfortable (i.e., boring), but there’s hope for it, yet.

The fifth and final season of New Amsterdam — a holdover from the This Is Us years, where we often sought feel-good dramas to make us feel less sick about the world — made its debut on Tuesday night on NBC. (I originally called it the Coldplay of hospital dramas, and I stand by it). Despite some cast turnover, it’s been reliably decent, even if it is shamelessly (and successfully) manipulative.

The fifth-season premiere is also the first episode without departing original cast member Freema Agyeman — who plays Dr. Helen Sharpe — though her presence was still very much felt (and seen). Months after she stood him up at the hospital rooftop altar, Dr. Max Goodwin is still trying to process the breakup with Helen, which means sifting through his memories (i.e., there are a lot of flashback montages). Dr. Iggy Frome (Tyler Labine), weekly the best reason to watch New Amsterdam, suggests that he search through different memories to find the answer. Searching through his memory bank for some of the unhappier memories, Max realizes there have been a number of red flags, but he ignored them or sought to fix them instead of confronting them. It doesn’t make the break-up any less painful, but it does offer him some closure, just in time for a potential romance with Dr. Elizabeth Wilder (Sandra Mae Frank). Yes, please. 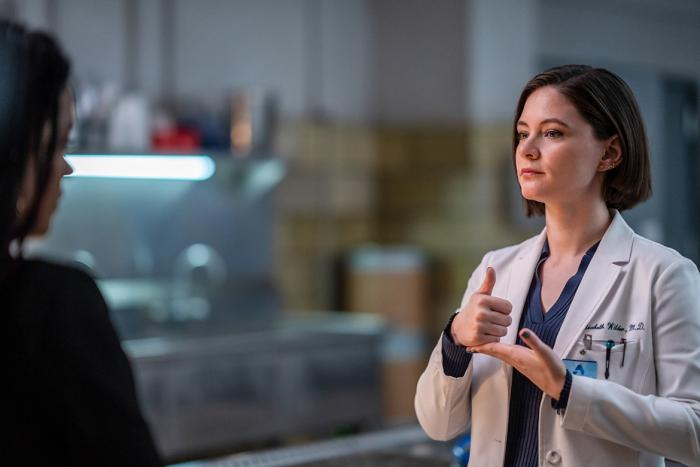 Iggy, meanwhile, is separated from his husband, after realizing at the end of last season that his husband only loved him when he was traumatized. The separation, however, has made the heart grow fonder, and Iggy is already seeking a way back to his marriage.

Dr. Bloom (Janet Montgomery) continues to sleep on couches (mostly Dr. Reynolds’) while her ex-girlfriend lives in her apartment awaiting her green card approval. After Dr. Reynolds kicks her out, Janet seeks to return to her apartment, only to find that the ex-girlfriend is shacked up with another woman now. Drama! Elsewhere, Dr. Reynolds is single but checking in on the kid he fathered while engaged in an open relationship with a married woman who has since moved across the country with her husband. Reynolds is also attempting to bond with his estranged father. I am 100 percent sure that after they finally bond, Dr. Reynolds will have to shepherd his father into the afterlife.

In one of the two major hospital plotlines, a group of sex workers are injured during a strike. Meanwhile, a conservative, anti-queer corporation, Wholesome, tries to use New Amsterdam to launder its reputation by donating $10 million for a new clinic. Max finds a way to accept the money without rehabilitating the corporation by opening the “Wholesome Sex Workers Clinic.” The Wholesome exec is furious but powerless to stop it. Savvy move, Max.

Finally, a dying kid’s one wish is to star in a Bollywood film. The entire hospital endeavors to fly him to India to do so, but his impending death makes it impossible. The end is predictable, but no less effective (particularly for saps whose child has gone through a life-threatening illness): The hospital pulls out all the stops and basically throws the kid a Bollywood party in the hospital. Yes, I cried. No, I’m not ashamed. I only wish Anupam Kher were still around for it.

What’s up next? That’s unclear, except that Iggy gets mad. I hate that Tyler Labine has never gotten the fame he so deserves, but he is spectacular in New Amsterdam.

← 'Tales of the Walking Dead' on AMC: Worth Watching? Or Nah? | Review: Crowd-Pleasing 'The Woman King' Revitalizes the Old-School Historical Epic →