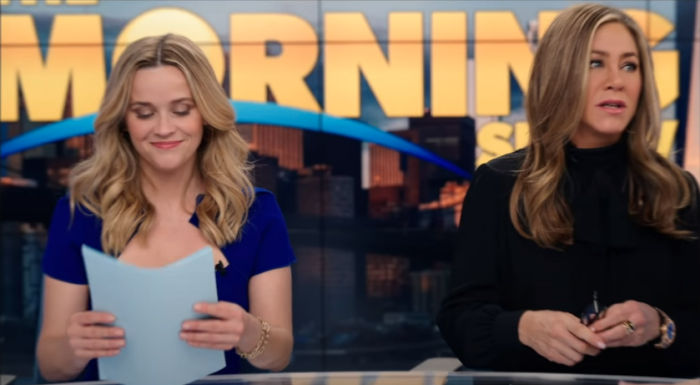 The full trailer for season two of Apple TV+’s flagship drama The Morning Show has arrived, now with Hasan Minhaj, Julianna Margulies, and Will Arnett on board. The trailer also gives us a better idea of what the second season is about.

Billy Crudup’s deliciously slimy executive woos Alex (Jennifer Aniston) back into the fold after the ratings soften under the stewardship of Bradley (Reese Witherspoon) thanks, in part, to the rotten culture of The Morning Show, the very culture that Bradley exposed. They’re also dealing with COVID, systemic racism, and Steve Carell’s Mitch is apparently still trying to navigate the world as the series’ Matt Lauer.

The lines they isolated for the trailer aren’t always great, but even in small doses, Crudup can chew a whole lot of scenery. I also hope that Hasan Minhaj gets more screentime than the trailer suggests.

The Morning Show returns to Apple TV+ with its second season on September 17th.