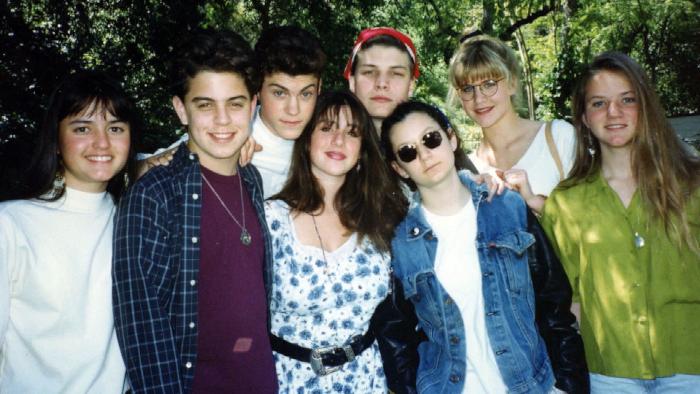 Soleil Moon Frye’s Punky Brewster revival comes out … tomorrow on Peacock, and it looks pretty cute, actually. Punky Brewster ran until 1988, and then Soleil Moon Frye spent the next decade basically growing up on various television shows and hanging out with a lot of the same kid actors, who essentially went through their awkward teenage years together.

Frye had a camera on hand for much of that time, and she’s now turning that footage into a documentary on growing up a ’90s child actor. There are a lot of familiar faces here — Mark-Paul Gosselaar, Balthazar Getty, Stephen Dorf, Sara Gilbert, David Arquette, Brian Austin Greene, and Jonathan Brandis, who took his own life in 2003. The trailer suggests that this was not an uncommon thing about this cadre of friends.

It looks like a sort of sweet, wistful, bittersweet doc, and probably a must-see for anyone who grew up right along with these child actors.


← Andy Samberg Crashed Colin Jost's Interview | The Third Spider-Man Film Gets a Title, and Tom Holland Won't Be Able to Spoil It →