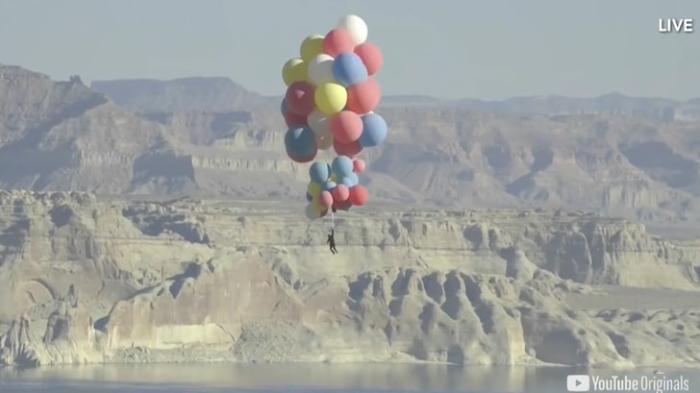 David Blaine is an illusionist and a magician, although his latest stunt falls under neither category. In Ascension, which aired on YouTube earlier today, David Blaine ascends into the Arizona sky with the aid of 52 large helium balloons. I don’t know why he does these things, but it is impressive. Also, there are better hobbies.

You can watch the whole thing, including a two-hour pre-show below. If you want to skip straight to the action, it begins at the 2:02 mark:

If you don’t want to watch any of it, it has also been helpfully GIFed on Twitter:

Here he is disconnecting from the balloons at 24,000 feet:

David Blaine disconnecting from his balloons at 24,900 feet. #DavidBlaineAscension pic.twitter.com/uZNZ6yN4ZP

Here he is parachuting to safety:

That’s it! David Blaine has done it again, whatever “it” is.