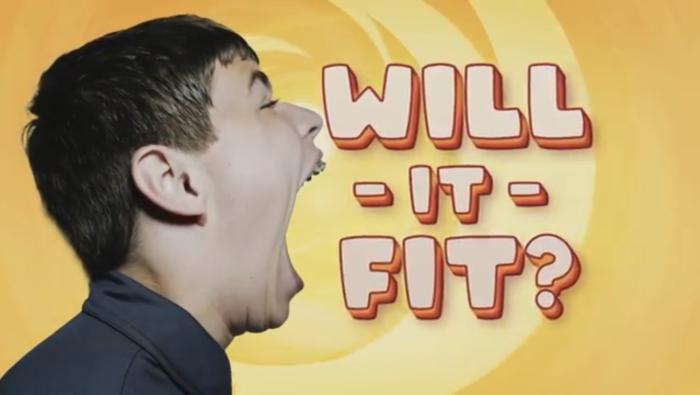 Watch A Teenage Boy Shove Stuff In His Mouth… But Not In Like A Weird, Creepy Way

Late-night talk shows aren’t just for celebrities plugging their latest movies or playing flip cup with Jimmy Fallon. In fact, they have a long history of featuring animal wranglers, sex therapists, and people with… odd talents. For brief moments, a late-night show can feel almost like a carnival act, and that’s not a bad thing. The newest episode of Jimmy Kimmel: Live is a perfect example.

I’ll be upfront about two things:

1. I did not think I would like this segment. On its face, it seems weird.

2. I was right because I didn’t like this segment, I loved it.

There’s something so wonderfully “standard teenager” about Isaac. He’s got braces, his posture is a little off, he’s got kind of a meh attitude about the whole thing. But he’s on National TV! He presumably got flown out to LA just to do this, a silly thing he probably realized he could do in a high school cafeteria. The dude doesn’t even really get hyped until they give him a PS5!

The whole segment is oddly engaging. I started really cheering for this kid, marveling as he successfully shoved a VHS in his mouth. It was incredible. So there you have it. If I was converted, maybe you will be too!

← Trailer: Kristen Bell's 'Queenpins' May Fill That 'Good Girls' Void | Marvel's Multiverse Gets Animated with What If...? →