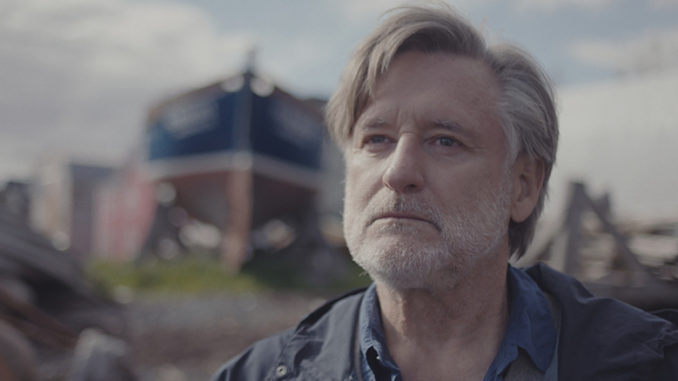 And so much for USA Network, a network that has evolved from its Burn Notice/Suits/Psych/Monk heyday to a sometimes successful attempt at edgier programming (Mr. Robot/Queen of the South, Briarpatch) and now reality and unscripted programming. The network has announced that the current fourth season of Sinner will be its last.

Look: Sinner is a solid albeit unspectacular mystery anthology series. I like it, and this fourth season is its best since the opening season in part because, with two episodes left, it hasn’t yet veered off into weird occult business. He has too many tics and affectations, but otherwise, Bill Pullman is great as Harry Ambrose, the detective who links all four seasons together. The cancelation is a loss, but to be honest, there isn’t a shortage of serialized murder shows on TV.

The bigger loss here is the identity of the USA Network, which now boasts as its signature programming WWE Raw, Chrisley Knows Best, and Mrz. and Mrs. It’s a network devoted almost exclusively to reality shows, sports programming, and Law and Order: SVU reruns. There’s only one scripted program remaining, Chucky, and it seems unlikely to be renewed for a second season (although, it also airs on the SyFy Network, which is also a shell of its former self).

The culprit here is streaming, and the fact that ad-supported cable just doesn’t support expensive series like Sinner anymore. There are a few networks, like USA Network and TBS/TNT, that haven’t pivoted into streaming well, and so they’re just hanging on to the last vestiges of cable, coasting on their libraries as streaming services pick apart their remaining bones (like Leverage and The Expanse). Can you name one TBS original? Follow-up: Did you know that Tracy Morgan’s The Last O.G. still airs on TBS? TNT still has Claws and Animal Kingdom, but both are heading into their final seasons, as these networks unofficially wind down and resign themselves to Law and Order reruns, catalog movies, and sports.

It’s no great loss, really, but it’s worth marking the passing, as we continue the transition toward streaming. At this point, cable is basically being propped up by Yellowstone and Monday Night Football on ESPN. In two weeks after Sinner airs its finale, I can basically delete the channel.