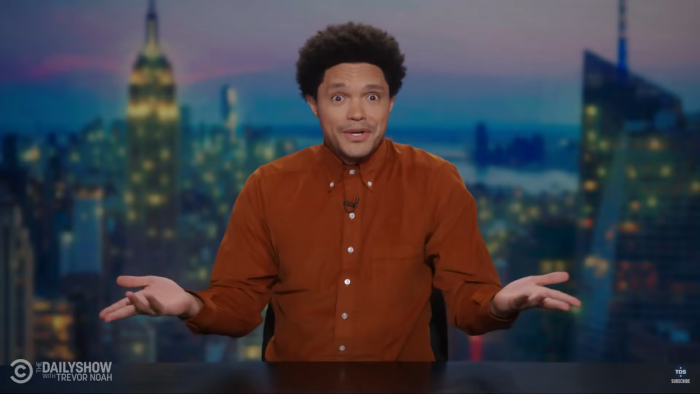 Vaccine mandates have gone into effect around the country. They have resulted in a small wave of protest quitting. Cops and firefighters have turned in their … boots. They decided that they didn’t want to protect the general public if they had to protect the general public. It’s incredibly unfortunate. Especially because of something Trevor Noah pointed out in the newest episode of The Daily Show. The fact that the number one cause of death among cops in 2020 was COVID-19.

This statistic shouldn’t be too surprising. Cops interact with the public. They’re out and about and, as we’ve seen in NYC recently, they’re not wearing masks. They also don’t like being called out on that.

Maskless NYPD cops pushed a rider out of an subway station after he asked the officers to put a face mask on https://t.co/wJj1bJJb1I

Police officers should be protected against danger. Getting a COVID-19 vaccine will allow for that protection. But instead of getting the shot, almost a third of NYC police officers still aren’t vaccinated. Though I’m honestly more surprised that firefighters are joining the resistance. Cops are notorious for bucking safety regulations. I always thought firefighters were just cool, hot, safety advocates!

You can’t force someone to have common sense. If cops and firefighters want to quit instead of getting a free, life-saving vaccine, then that’s going to happen. Then they’ll gain support from all the wrong people and this cycle of madness will never end.