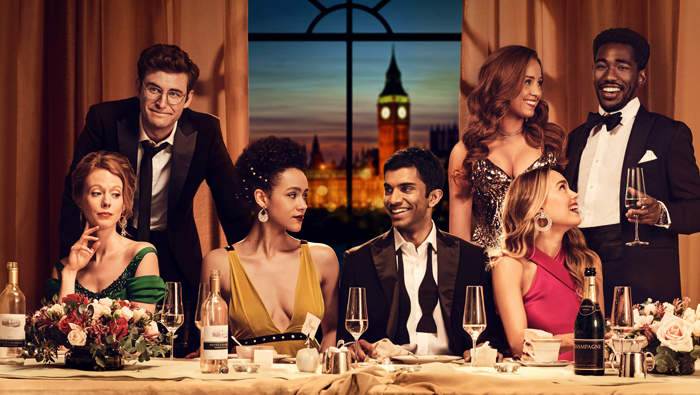 What a week for trailers! Kristen Stewart’s kicking butt in Charlie’s Angels. Jumanji: The Next Level has us actually stoked for a sequel. And Rian Johnson’s Knives Out has us drooling in anticipation over its star-stuffed murder mystery. But that’s not all, gang. We’ve rounded up trailers that tease trippy terror, rom-com revamps, comedians chilling, Will Smith thrilling, and David Harbour getting goofy with a strangely alluring Orson Welles impression.

Here are the new trailers you may have missed this week:

Jacob’s Ladder — Exclusively on Dish July 25, in theaters and on VOD August 23.

This horror remake gives a new spin to the mind-bending 1990 Tim Robbins vehicle of the same name. This time around, Michael Ealy stars as Jacob Singer, a Vietnam veteran struggling to make sense of a world that seems to be plagued with demons. Nicole Beharie, Jesse Williams and Joseph Sikora co-star. David M. Rosenthal directs.

This one’s wild. David Harbour stars as himself and his father in a daffy showbiz mockumentary that digs into his late father’s acting legacy, possible mob ties, and the (fictional) TV movie “Frankenstein’s Monster’s Monster, Frankenstein.” Confused? Us too. Sold? Us too.

Comedians in Cars Getting Coffee — Returns to Netflix on July 19.

I’ve never been tempted to watch this show, mainly because I find Jerry Seinfeld far more insufferable than funny. But for those of you still amused with his schtick, Netflix is offering up a new series of rides. This time around, Seinfeld welcomes Eddie Murphy, Seth Rogen, Ricky Gervais, Matthew Broderick, Jamie Foxx, Sebastian Maniscalco, Martin Short, Mario Joyner, Melissa Villaseñor, Bridget Everett, and Barry Marder.

Burn — In theaters and On Demand on August 23.

A quiet night shift at a gas station is derailed when a rugged robber pulls a gun but underestimates the clerks behind the counter. Josh Hutcherson, Suki Waterhouse, Tilda Cobham-Hervey, Harry Shum Jr., and Shiloh Fernandez star in this intriguing thriller from writer/director Mike Gan.

This possession drama has been tearing it up on the festival circuit, playing the Berlin International Film Festival, Fantasia Film Festival, Fantastic Fest, Sitges - Festival Internacional de Cinema Fantàstic de Catalunya, Toronto After Dark Film Festival, Glasgow Film Festival, and more. Its trippy tale begins with the titular cab driver (Luana Velis) walking into a police station. But no cop could prepare for what happens next.

Mindy Kaling has teamed with Richard Curtis to re-imagine his 1994 romantic-comedy as an anthology rom-com series for Hulu. The show begins with Maya (Nathalie Emmanuel), a young communications director for a New York senatorial campaign, whose life is thrown into a spin when she travels to London for a friend’s wedding and quickly falls into her pals’ interpersonal crises. Guz Khan, Sophia La Porta, Harish Patel, Nikesh Patel, John Reynolds, Rebecca Rittenhouse, and Brandon Mychal Smith co-star.

Spies in Disguise — In theaters Christmas 2019.

← Miles Teller Up for Baz Luhrmann's Elvis Biopic | 'Am I the A**hole For Trying To Contact My Husband?' No. No, You Are Not. →