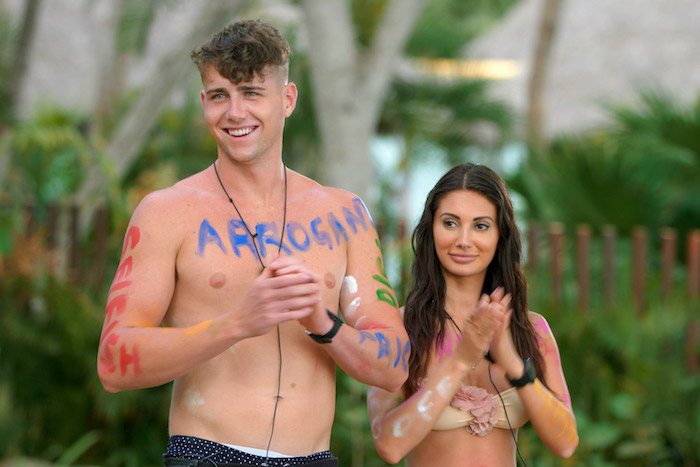 'Too Hot to Handle': Update on F***boi Harry and Francesca (As Well as Sharron and Rhonda)

I am a fan of Too Hot to Handle. Mainly because it’s very dumb and trashy and I happen to like dumb and trashy things. You know who I don’t like, though?! Harry, a contestant on Too Hot to Handle, who f*cking lied about instigating kissing Francesca, and then somehow turned the entire situation around to make him out to be the victim when Francesca tried to find a connection with Kelz, because again—Harry f*cking lied to make her look bad, and Kelz was much better than Harry. I have some thoughts on this show, apparently.

Anyway, because I like talking about this show, I have an update for you who are invested, and/or want to rubberneck at it’s trashiness. Primarily: Are the couples from the show still together?

Well, according to People, Sharron and Rhonda don’t really see each other anymore, but surprisingly enough, Harry and Francesca are still together.


After the show wrapped, Harry went back to New Zealand for a few weeks, then flew to Vancouver to visit Francesca and her family, followed by a trip to Australia together. They split briefly after that, until Harry “accidentally got drunk and texted Francesca,” prompting a reconciliation. They’ve been together ever since, and Harry moved to L.A. in September.

I mean, the last sentence explains it all, really—as my grandpappy used to say, the couple that fame-thirsts together, stays together…until it is no longer profitable/interesting to other people, then they break up and try to milk those 15 mins longer. Grandpappy was really into Star magazine back in the day, what I can I say?

I mean, I’m surprised any of these couples lasted. I think Sharron and Rhonda are probably smart to realize that a long-distance relationship with someone you met on a reality show is probably not a super great recipie for success, but I do have to hand it to Francesca and Harry for going the other way, and thus, potentially providing us with more entertainment as long as our attention is focused on Too Hot to Handle, which is probably, what, a week or two more at best?

Good luck you two … I’m pretty sure this isn’t going to go the way of Tiger King for ya, which is to say, probably no follow up specials on this show, and your 15 mins are counting down already…

← Explore Without Leaving Home With These Live-Feed Cams From Zoos And Other Locations | Goldie Hawn Reaffirms What Smart People Already Knew: Kates are Tough →