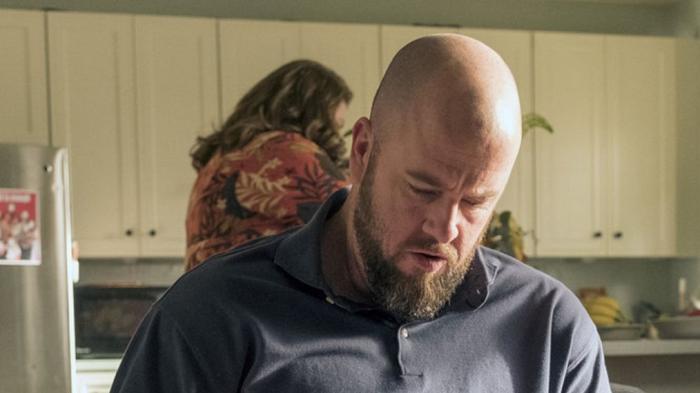 'This Is Us' Recap: Never Tell Your Kid That You Hate Math

I hate math. I’m not good at math, and I find math very frustrating. I advertise this to my son whenever he asks me to help him with his math homework. “Ugh. OK, but Math sucks!” And the thing is, my kid is super bright, and when he sits down and concentrates, he has no problem completing whatever godforsaken algebra homework he is given. But he also complains a lot about doing math, and I guess I didn’t realize the direct role I play in that until I went to a parent meeting with second-grade teachers last night for my daughters. One of the parents asked how they could help their kids succeed. The teacher said, among other things (I’m paraphrasing), “The best thing you can do is not to say to your kids that math is hard and that math sucks, because your kids will respond to math in the same way.”

I thought of that again during this week’s This Is Us. A few months after the birth of Kate and Toby’s son, everyone surrounding Kate in her home is fretting because Baby Jack was born blind. Kate, however, is keeping herself composed and happy, and only breaks down briefly in the episode when she realizes that her son won’t be able to watch Steelers games with her, as she had with her father. My first instinct was to think maybe it’s not healthy to keep her emotions repressed, which is also a very Pearson thing to do. But then she said to her family, “I don’t want worry to be the prevailing feeling in this home. I want it to be hope.” It is a very cheesy This Is Us thing to say, but in light of what those second-grade teachers said, I get it. Of course, that’s what she should do. From what we know, it works, too, because as we saw in last week’s episode, Baby Jack grows up, gets married and becomes a successful pop singer. So, good job, Kate.

Toby, on the other hand, is a whirlwind of nerves and stress, but late in this week’s episode, we find out why he’s looking so trim now (aside from the fact that the actor who plays him, Chris Sullivan, shed his fat suit this season): He’s coping with his stress by working out, in what appears to be a (healthy?) addiction.

The episode was otherwise a low-key affair this week. Kevin, who has been sober for six months or so, is struggling to maintain his sobriety. He throws himself into his work to keep his mind occupied (including an M. Night Shyamalan movie. M. Night makes a cameo and pays Kevin a dirty backhanded compliment). Kevin is offered a Spike Jonze movie, too, but tells Kate that he’d rather stay and help with Baby Jack. Kate tells him to take care of himself, instead, so … Kevin ends up at drunk Uncle Nicky’s house with the plant that Kevin has been taking care of in order to help maintain his own sobriety. He gives the plant to Nicky, and now Nicky is cured!

Elsewhere, Randall and Beth are settling down in Philadelphia, where Randall is a city councilor and where Beth is COMPROMISING. On the last day before school starts, Randall goes on a trial bus run to school with Déjà, who wants to take the bus because it reminds her of where she came from. Randall doesn’t like it, however, when a sketchy dude sits down next to Déjà, and he nixes the bus rides (before changing his mind at episode’s end). Beth, meanwhile, is not having better luck with a surly, defiant Tess, who she takes to get a haircut. Teenagers, am I right? By the end of the episode, however, Randall plays a very Pearson game with his kids before the family runs up the Rocky stairs in Philly, and everyone is one happy family again. I should note, however, that the real reason Déjà wants to take the bus is that it goes by the mechanic’s shop where Malik works. She’s smitten with Malik, who is the high-school teenager with an infant at home that we met last week.

Finally, back in the ’90s, which always looks like the ’70s on This Is Us, Jack and Rebecca spend the day at the pool with their glum, unwilling kids. Young Kevin embarrasses Young Randall in front of his friends, and a bunch of cool girls play a prank on Young Kate, but Young Kate owns that prank. When they trick her into thinking that a popular boy wants to kiss her, and send an unpopular kid to kiss her instead, Kate kisses the unpopular kid. Take that, Cool Girls. Meanwhile, Jack gives Kevin some speech about “complicated men,” which is supposed to make Young Kevin feel better about what an asshole he was to his brother. It didn’t work, because now Kevin is a recovering alcoholic. GOOD JOB, JACK.

At least he didn’t tell Kevin that he hated math.

← Brexit Update: To Leave, Or Not To Leave | 5 Shows After Dark: 'Almost Family' Premiere Fox, 'Stumptown' on ABC, 'Crank Yankers' on Comedy Central →