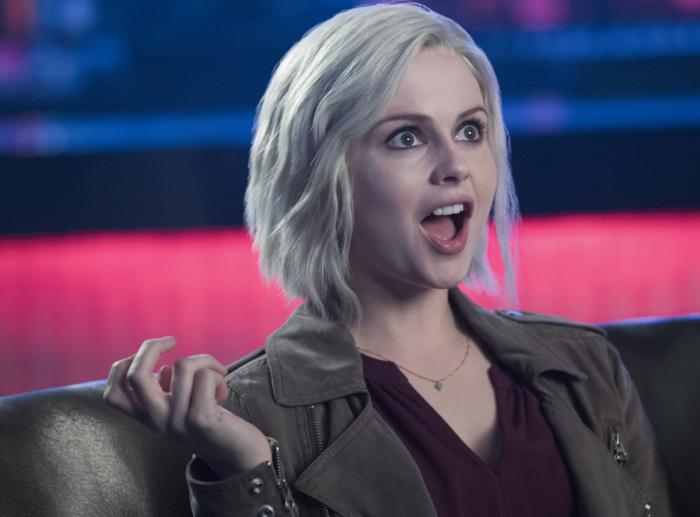 Several people asked in my review of Away whether it was “hard sci-fi,” and that maybe because I’m a softie that I didn’t like it because it was. It’s not hard sci-fi — it’s a sappy emotional drama set in space, which would be my jam if it were better executed and better written.

I think that HBO Max’s Raised by Wolves, however, does fall under the category of hard sci-fi. I didn’t love the first three episodes, but I found them compelling. It continues to grow on me, however, as it’s starting to do a better job of exploring the science vs. religion themes. It’s interesting to see how those two sides are getting jumbled. Mother is a sentient android originally developed for a religious sect, the Mithraic, but her architect — an atheist — redesigns Mother to reboot mankind as an atheist colony, but the android Mother seems now to treat her human inventor as something of a religious figure. Meanwhile, Marcus — the Travis Fimmel character — is an atheist who has infiltrated the Mithraic religious sect and has now become its leader, and he may or may not be buying into Sol, their God. The atheist who designed Mother did so with the intention of rebooting the world with no religion, and therefore no war, but it looks like religion and conflict are unavoidable. There’s still a B-movie quality to the series, but I really like the terrain in which it is playing.

I also watched Lamorne Morris’ new Hulu series Woke this week. It’s eight episodes at 20-25 minutes apiece, so I was able to knock it out in a night. Great cast — Morris, scene-stealer T. Murph, Sasheer Zamata, and Blake Anderson as the straight man (weirdly) — and a good premise. It’s based on the real-life experiences of Keef Knight, a Black cartoonist who tries to stay out of social politics until he’s assaulted by a police officer. After that come-to-Jesus moment, Keef becomes “woke,” he has a career meltdown, and inanimate objects voiced by J.B. Smoove, Nicole Byer, and Sam Richardson (among others) start speaking to him. 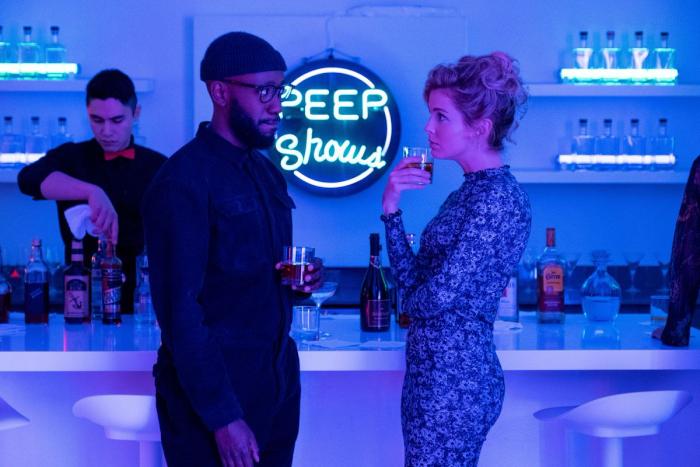 The first and last episodes are good, but in between it’s only fitfully amusing and lacks the teeth necessary to be all that relevant in 2020, although the roommate character played by T. Murph — the “Come on now, how has this not been obvious to you until now?” voice — remains as relevant as ever. Keef also has a white Australian girlfriend in the series, and I swear to you that even though I watched all of iZombie, it took me five or six episodes before I realized it was Rose McIver. It’s not that she looks that much different without the zombie make-up, it’s just seeing her in this context did not immediately compute. At under three hours for the entire season, however, I would not call Woke a waste of time. It’s an easy way to kill a few hours.

I have watched the first five of eight episodes of the third season of A.P. Bio on Peacock TV. It’s neither better nor worse than previous seasons, but it is different. It’s more experimental (Dan thinks it’s more Community-like), and more of an ensemble now. Some choices work very well. Some choices do not (I hated episode 3, for instance, because it’s an episode cobbled together from “Previously on” segments and “Next on” segments, and the gimmick grates quickly). My favorite character in season 2, Elizabeth Alderfer’s Lynette, is not in it that much, either, although Paula Pell and those kids remain absolutely terrific.

My momma told me that if I didn’t have anything nice to say, don’t say anything at all. I’m a critic, so that’s not practical in my line of work. However, I’m not going to talk about this week’s episode of Lovecraft Country, and that’s all I’m going to say about that.

I know that a lot of people are discovering Cobra Kai now that it’s on Netflix, and for good reason: It’s phenomenal. After you have made your way through Cobra Kai, I can’t recommend Ted Lasso enough over on Apple TV+. We’ve talked about it here a few times, but I’m mentioning it again because the spirit of the series is very similar to Cobra Kai, although the highs are a little higher, and the heartbreak cuts a little deeper.

In fact, Apple TV+ has quietly assembled a hell of a roster of shows. I’m not sure that any one of the series — except for Ted Lasso and Mythic Quest — are alone worth the price of a subscription, but I heartily recommend signing up for a month just to watch Lasso, Mythic Quest, For All Mankind, Little America, Defending Jacob, and The Morning Show. A series called Tehran that looks very promising will debut later this month, so it’s probably a good time to sign up. To the streaming service’s credit, while both Apple TV+ and Quibi (and to some extent, Peacock TV) threw a lot of money at big name stars before their launch, Apple was smart enough to throw a lot of money at the talent behind the camera, too, and without a lot of existing IP to rely on, Apple has quietly become one of the best places to find original content.

← Review: 'Unpregnant' Is a Charming Joyride with Important Things to Say | Viggo Mortensen's Directorial Debut 'Falling' Is Too Enamored With Noble Suffering →