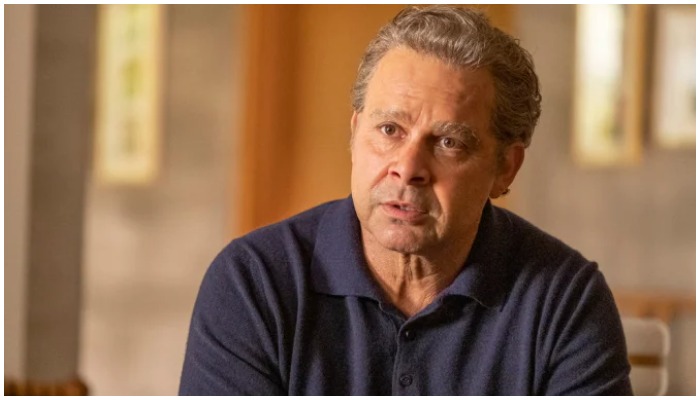 This week’s This Is Us — the fourth-to-last episode of the series — had a hell of a surprise kick-in-the-teeth remaining, at least one that I never saw coming. It was the episode many of us have long been waiting for, the one about Saint Miguel. It did not end the way I expected it to end.

First off, poor Miguel. Jon Huertas’ Miguel has been a main character on the fringe of the series for six seasons, and when he finally got his focus episode, they basically reduced his entire life to a series of montages. This Is Us has never appreciated Miguel as much as it should have. He was an indefatigable caretaker to Rebecca, and he quietly put up with the drama from the Pearson children for years with patience and a smile on his face, even as they both mistreated him and took him completely for granted. The man lived the latter half of his life in the shadow of his best friend, Jack, and he was OK with that because he was with the love of his life, even if the Pearson children were dicks about it.

The episode cuts back and forth between the future-present — where Miguel is taking care of Rebecca as her health is declining — and all the years since his childhood that brought him into the Pearson fold. We learn that he came from Puerto Rico with his father, a loving man who was also hard to please. Miguel learned English from listening to baseball games, and he had a special affection for Roberto Clemente. As an adult, he became an excellent salesman (recall that he met Jack while working as a suit salesman), although he often used the name “Mike” in interviews because he had better success with it than with his actual name.

Rebecca and Miguel did not immediately hit it off, but Jack left them alone together in a bar one night until they did. Miguel, while out with Jack and Rebecca, also met his wife Shelly in a bar. I’m not sure we ever understood why he and Shelly divorced, but in his montage, we do hear Shelly say something along the lines of, “But you’re no Jack,” suggesting even in his previous marriage that he lived in the shadow of his best friend, the mythic Jack Pearson. Poor bastard.

After Jack died, as we know, he and Rebecca became close, but Miguel ended up moving to Houston to try and make it work with his kids. He was there for much longer than I thought — eight years, in fact, although it doesn’t appear that he made any inroads with his son. Miguel and Rebecca reconnected online after the death of Miguel’s father, and when Miguel came back to town for a business trip, it did not take long for the two to move in together. “I’ve always felt like I belonged to two different worlds,” Miguel told Rebecca, referring to his Puerto Rican and American identities, “but when I left you on the porch, it was the first time I had ever felt homesick.”

Of the Big Three, only Kevin doesn’t extend support to their relationship, but we already knew that. In the future, however, Kevin would eventually come around.

In the future-present, Miguel spends all of his time and energy taking care of Rebecca. He dismisses the help of a nurse, whom Kevin paid to care for Rebecca. Caretaking takes a huge physical, mental, and emotional toll on Miguel, and after he takes a fall in the snow helping Rebecca, Kevin hires a full-time nurse to care for both of them over Miguel’s initial objections. The full-time nursing help, however, suits Rebecca and Miguel, who are given the opportunity to spend more time together while being taken care of.

Then Kevin goes to Miguel’s son and tells him that Miguel probably doesn’t have a lot of time left, and he should reconnect with his father while he still can. That’s when it becomes apparent where the episode is heading, and that’s when I started both cursing and weeping at the same time. F—k you, This Is Us. How dare you!

But Miguel does reconnect with his son and his grandkids, and through another montage, we see that he still has a few years left in him. And then we see Rebecca and the rest of the Pearson clan (and Miguel’s family) spread his ashes on the tree he planted outside the house Kevin built for them. Again, f**k off, This Is Us.

I know that we had not seen Miguel in the flash-forwards on Rebecca’s death bed. I don’t know why it never occurred to me that he wasn’t there. I just assumed he’d outlive Rebecca, and This Is Us was doing what This Is Us always does: Ignore Miguel. I daresay it’s a bigger blow than the loss of Jack, which we knew was coming for two seasons. This one hurt. A lot. For at least two whole minutes before the next-on scenes came on after the commercial and we see, in next week’s episode, the Pearson kids arguing over who is going to take care of Rebecca. They just couldn’t let Saint Miguel have his moment, could they?