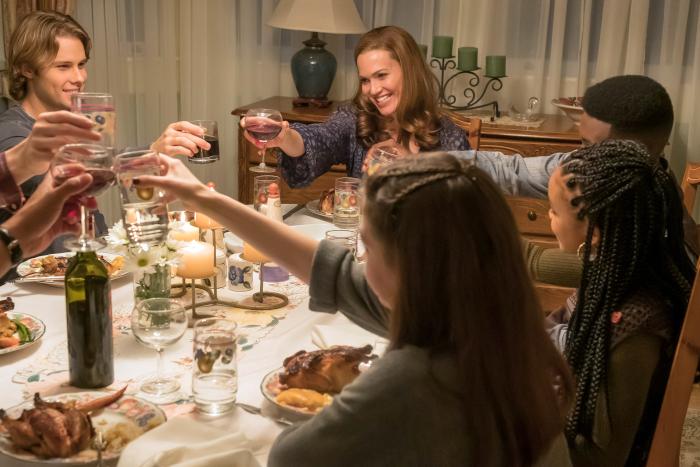 'This Is Us' Recap: What's the Deal with Kate's Boyfriend, Marc?

I’m writing today from a Subaru dealership where my car is being serviced. MSNBC is blaring (at least it’s not Fox News), so this is going to be quick:

Jack and Rebecca Move Into Their New House — Back in the ’90s (that look like the ’70s), Jack and Rebecca are unpacking during their first day in their new home. It’s a disaster. Rebecca burns the lasagna, and then Jack knocks over the lasagna when a bird flies in (and Jack is terrified of birds). Everything goes to hell, so Jack and Rebecca order pizza and turn the whole thing into a loving, positive memory. “And that’s when it became a perfect night,” Rebecca tells her kids on …

Rebecca’s First Night In Her New House After Jack’s Death — I don’t know what Rebecca is doing for a living or how she makes money, but she and Kate move into a new house. They invite college Randall and Beth, as well as Kevin and his brand new wife, Sophie, over for dinner. Kate’s new boyfriend, Marc, also shows up. This dinner is also a disaster. Rebecca burns the food. The kids bicker. Everyone is angry at Kevin for marrying Sophie. It’s awkward and sucks until Saint Miguel — who is apparently always around — takes Rebecca aside and gives her a speech about wine. Rebecca pulls herself together, orders some pizza, and gives Kevin and Sophie their wedding present: She sings them a song from Princess Bride.

Tess Has a Panic Attack — In the present, an increasingly stressed-out Randall has to leave a meeting with another city councilor to pick up Tess at school after she has a panic attack. Tess is angry at Randall because she’s inherited his panic attacks and tells him that she never wants to be anything like him. Beth brings them together, however, and explains to Tess that while she did inherit her father’s anxiety, she also inherited all of his good qualities, too. Tears are shed, hugs are shared. Everyone goes to bed happy. However, that night, Beth tells Randall that she set him up with a therapist appointment so that he can head the next panic attack off at the pass, but Randall is not hearing it.

Cassidy’s Husband Is Jealous — Kevin, who is now living in a trailer next to Uncle Nicky, continues his efforts to help Cassidy reunite with her husband. He attends a hockey game where Cassidy is being honored for her military service along with Cassidy’s husband, who is grumpy and distant and eventually leaves before his wife is honored. When Kevin drops Cassidy and her kid off afterward, he takes Cassidy’s husband aside and confronts him. The husband tells Kevin that he left because he hates her military service because it took away the woman he loved. Then he angrily tells Kevin to “stay away from my wife.” When Cassidy returns and asks how it went, Kevin tells her, “Your husband still likes you.”

Kate and Marc — Elsewhere in the present, Rebecca pays a visit to Kate and has a few pictures from the failed dinner twenty years before, one of which is of Kate and her old boyfriend, Marc. Kate and Rebecca both react to the photo in ways that suggests that something terrible happened with Marc, that either he was abusive, or that he took his own life. Those are the theories, at least, based on Kate’s statement to the effect that she “didn’t see it,” and Kate’s response, “I didn’t see it, either.”

Also, if you’re wondering where you’ve seen Austin Abrams — who plays Marc — he played Ron Anderson, the annoying guy who shot out Carl’s eye on The Walking Dead; he played a nice-guy boyfriend in Euphoria; and he was in Paper Towns, the movie based on the John Green novel. 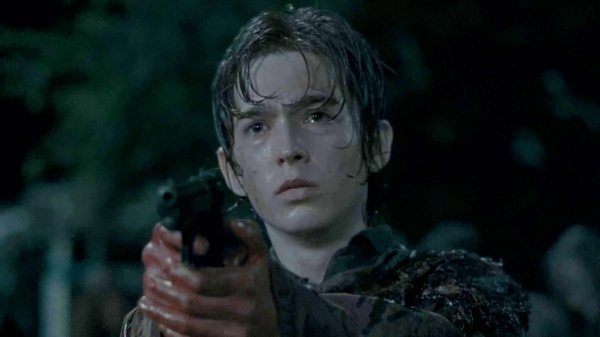