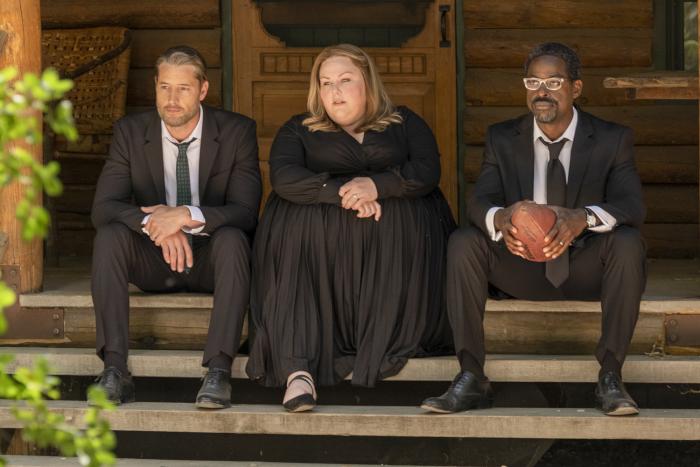 'This Is Us' Delivers a Remarkable, Low-Key Series Finale

I trash a lot of bad shows that I don’t actually like (Fear the Walking Dead, Manifest, Riverdale), but I’ll say this about This Is Us: I may give it a lot of sh*t, but I genuinely like this big, dumb, sappy melodrama. The series has gotten a lot of guff for six years because it can be treacly and sentimental, but to its credit, it does not try to be anything else. It does not pretend to be prestige television. It doesn’t aim to be any more than a heartwarming series about a loving family trying to figure out how to be the best parents, spouses, and children they can be. It’s a show that regularly makes its viewers cry, but if that is the goal of This Is Us — to fill viewers with so many warm fuzzies that it leaks out of their eyes — consider how incredibly successful it has been. Six years after it premiered, This Is Us still has enough left in the tank to kick us in the feels on the regular.

This week’s series finale may have also been one of the best episodes in its run, not because of any huge dramatic turns, but because of the lack of them. No one died. No one gave any big speeches (not even Randall)! The whole episode was a series of small moments that added up, that served merely to remind us to appreciate the details, to stop agonizing about the future, to live in — and appreciate — the moment.

The episode is set on the day of Rebecca’s funeral, but even that takes a backseat to most of the action. Most of the episode takes place 30 years ago, when the Big Three were about 13 or 14, on a random Saturday when the Pearsons had nothing to do. Those are the best days, aren’t they? The Pearsons played four square. Jack taught the boys how to shave. They had their little squabbles, which were all resolved with a few words from their parents that asked their kids to reflect upon themselves. They played Pin the Tail on the Donkey. It was a completely anodyne episode, and that was the point. It wasn’t an episode about Jack dying in a housefire or Saint Miguel falling in love with Rebecca. It was the episode where Jack noticed for the first time that Rebecca had a tiny scar above her eye.

In the future-present, meanwhile, there were also a number of wonderfully small gestures before and after Rebecca’s funeral: Beth making fun of Randall’s tendency to catastrophize; Uncle Nicky ribbing Kevin for bringing him out of his trailer and subjecting him to the kind of hurt that comes with caring for people; and even Toby, telling Kate that — despite everything — he still loves her, that he’s proud of her, and that her mom is proud of her, too. In the most joyous moment of the episode, Deja pulls Randall out of a depressive funk by telling him that she’s pregnant with a boy, and that there will finally be another male in a family where he’s otherwise surrounded by Black women. The dance that Old Man Randall does? It is priceless.

He’d do it all over again if he had the chance. #ThisIsUsFinalChapter pic.twitter.com/InUc2qEjwR

I had one of those days yesterday, day with my family, detached from phones, laptops, and the horrors of the world. I hope to write about it someday, but for now, I can only vaguely say that it was one of those magical days only a rare few get to experience and only after enduring the worst year-and-a-half experience of their lives. But even during this amazing, magnificent, magical day, I could not help but agonize about the future even though this experience was specifically designed to provide a reprieve from that worry. Watching the finale of This Is Us at the end of the day, however, was a much-needed reminder to try and hang on and appreciate the moment not because a safe future is guaranteed, but in spite of it.

I could’ve done without the corny Big Three chant, though.

One final chant from the Big Three to get us ready for the SERIES FINALE of #ThisIsUs. pic.twitter.com/CBh0snlJRC